Bootstrapping is the way of life for entrepreneurs. For every great company (even the funded ones) there is a great story about how the Founder leveraged some form of Bootstrap Capital to get the company out of the gates. Keep reading to understand all the different avenues of bootstrapping to see what will work for your startup.

Bootstrapping involves all sorts of capital — friends and family, your personal savings, crowdfunding, and of course the ever-popular "sweat equity" (getting people to work for stock in your company). 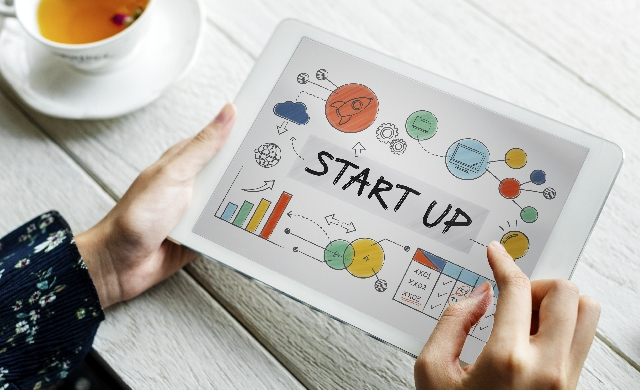 You can expect to have to invest some of your own money and time into the business before someone else will start putting future investments of outside capital into your company. If you don't have a lot of cash to put into the business, you'd be expected to at least invest a lot of time doing market research, structuring a business model, talking to potential customers, and putting your plans in place to make the business successful. Simply having a business idea isn't enough to get the business operating.

Once the business has been established, even if that's as simple as incorporating and putting together the business plan, the search for capital may begin. However, the less you've done to move the business forward, the less likely you are to find outside capital.

Our experience in working with hundreds of thousands of businesses has suggested that you want to push the business as far as you possibly can without capital before you seriously begin looking for capital partners.

First off, let's not think about Bootstrap Capital in terms of "if an investor doesn't give me money, I guess I'll try to figure out how to do it myself." That's a recipe for failure. Bootstrapping is your Plan A. It's not an alternative to finding funding. You're going to bootstrap no matter what until one day you aren't (success!). Most startup companies and small businesses started as bootstrapped companies.

The most realistic process to growing your business venture, even if it does eventually take outside funding from venture capital firms, is to exploit every possible method of Bootstrap Capital you can get your hands on as a business owner.

99% of businesses don't have established financial foundations and are not going to attract angel investors and venture capitalists. That doesn't mean 99% of entrepreneurs just pack up and go home. It means that they solve problems and make intelligent use of Bootstrap Capital (such as personal investments). They stay lean. They stay scrappy. They figure it out using their business acumen. That's how early-stage companies actually get started — it's a self-sustaining process until receiving startup capital is an option. In short, they bootstrap.

From the moment you have an idea up until the point where your company starts building some traction (finding new customers, getting a product launched); Bootstrap Capital is what's going to pay the bills.

Using your own methods of funding has two huge benefits.

Alleviates the Reliance on Startup Funding.

The further you make it by bootstrapping the less reliant you are on investors. Sure, it's intimidating to start a business now when all you see are costs, and having a big outside check sounds real nice, but eventually, the business will start generating some revenue, and eventually, it'll start paying for itself. Usually what you need is time to get there, and Bootstrap Capital is what typically fills in the gaps.

You're more Attractive to Investors and Venture Capital Firms

If you are interested in eventually receiving external funding like venture capital but it feels like an impossible task, remember that bootstrapping forces you to be very capital efficient, because, well, you have no choice! That is exactly what investors want to see. They want to see a Founder that watches every penny of their money and can show that they can make a lot out of a little. A Founder with a strong bootstrapping story is very appealing to investors for just this reason. Seeing a company's growth (especially in the early stages) after only using a Founder's personal investment shows an investor the business model is one worth financially backing. External investors will see this as a huge attraction and think “If they could get that far without money, think about what they could do with my money!”

Therefore, whether you plan on raising money or not, your default position to maintain control of your company's growth will not only be using some of your own capital and resources but demonstrating that you're crazy efficient with how you use those resources, as well. The less of other people's money you use, the more likely you are to maintain a controlling interest.

Every Founder draws from roughly the same pool of resources when bootstrapping. It's all about being scrappy. If it feels like you're constantly trying to create a skyscraper out of Lego bricks, well, that's pretty much what it means to start a company. There's rarely another version.

Sweat Equity literally means using your own sweat to earn equity in the business. If you're the sole owner or a co-Founder, you may already have the equity, now you have to use the sweat. If you're a new employee to the company, you're trading your sweat (hard work) for Equity.

You may have never guessed that one day your Uncle Ned would be a bootstrap investor in your company, but there it is. You're now hitting him up for $10,000 in investment cash to get your company off the ground. He's now a partner in your new gig. He's on your team, not just in your family.

This is an important source of early-stage capital because frankly, they're the only people that will write you a check just because they like you. Entrepreneurs who learn how to use their extended networks of business contacts and relationships can find substantial amounts of capital if they really dig. Technically this falls under Debt or Equity as a true investment vehicle, but for the purposes of “who will get you started when a stranger won't talk to you?” — it's friends and family.

No one likes getting into their personal savings but let's face it — you're the only person who's truly willing to underwrite this business today, regardless of the financial risks. Talk to any established (or failed) Founder with a bootstrapped startup and you'll hear their tale of woe as they recount having drained their bank account and credit cards over a prolonged period of time.

There's nothing wrong with this, however, it's important to be able to make use of these limited forms of capital very, very sparingly. Putting a company retreat on your personal credit card is obviously a bad idea, but so is paying rent, payroll, and many other startup costs. Think of this form of capital as your “in case of emergency break glass” piggy bank to pull oneself out of impossible situations (that hopefully are never needed!).

Beyond personal credit cards, there are quite a few different types of credit lines accessible to new businesses bootstrapping without much traction. This could be a store card from Staples or something more personal like a Home Equity Loan.

Credit lines are incredibly useful to a startup not just for drawing down against capital but for helping cover the delta between when you do work for a customer and when you'll get paid. Even larger startups make effective use of credit lines for this reason.

Similar to a credit line, a credit card like an American Express card is a must-have for a new startup. While the payments are due within 30-60 days (depending on the card type) these cards offer zero interest and often start with generous credit lines for businesses created 9 seconds ago.

Charge cards are particularly useful for things like media spending where you can pay for your media on a charge card, (hopefully) collect revenues from your new visitors now, and then pay for the media expense later. It's just good cash flow management.

The AMEX Investor (Call Out Section)

American Express is probably responsible for funding more startups through its generous card programs than any other financial institution. If you think you've got a good use case for charging items that you can pay back in 30-60 days, signing up for the card is kind of a no-brainer.

However, be aware of the financial risks in this option before diving in to maintain control of how your personal stress is impacted, not just your business. Your company's ability to thrive on the credit stage alone with limited resources can lead to many stressful situations unless the demand exceeds the output. If the company doesn't start to grow as a Founder continues bootstrap operation, options such as hiring staff are limited.

By now you've certainly heard of Crowdfunding, and there are so many different methods of raising capital from strangers (which include debt and equity) that we tend to lump it into Bootstrapping as well.

Crowdfunding can be a great way to raise small amounts of capital for your business, however the myth of what it can do and the realities are pretty different. You don't “post an idea on a crowdfunding site and strangers just hand you money.” It's an incredible amount of work that closely resembles doing an actual product launch. That said, it is a great way to raise small amounts of money for your business if you feel you have an audience that you can address through your own means.

The most valuable type of bootstrapping is “customer capital.” That just means you're selling a product to a customer and using their proceeds to fund your business. You know, like a business.

Savvy Founders will leverage the customer-funded stage in lots of ways including taking pre-orders (which you see a lot of in crowdfunding), doing service work that allows you to use your time (in lieu of having a product yet) or negotiating contracts to guarantee payments quickly, sometimes at a discount.

If there's one universally agreed-upon best way to raise money for your startup, Customer cash flow is it. It should be the first thing you consider above all else. We mentioned it last because we didn't want you to overlook all other options of bootstrap funding available to entrepreneurs.

Bootstrapping is the way of life for entrepreneurs. For every great company (even the funded ones) there is a great story about how the Founder leveraged some form of Bootstrap Capital to get the company out of the gates.

There's a good chance that your company will never attract (or need) outside funding, so if nothing else, Bootstrapping should be your primary concern when it comes to funding your new venture.

Remember the best outcome is not needing more capital, to begin with, pulling ourselves up by our own bootstraps. Wouldn't that be nice?