Samuel F. Poirier: “I Think To Succeed, You Need To Become Mentally Strong Enough To Ignore These Dark Times”

Samuel F. Poirier shares his journey as a young entrepreneur and the challenges that he has faced both personally and professionally to get to startup success. 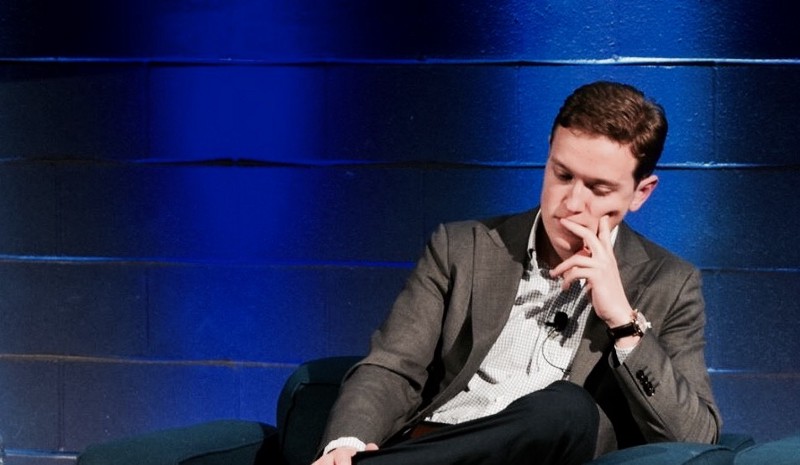 Samuel F. Poirier is the first French Canadian to be named a Thiel Fellow. Samuel founded his first company when he was 14, where he would import minerals from several countries to Montreal. At 18, Poirier founded the first debit card for Bitcoin. His most recent venture, Retinad, is an analytics platform for virtual reality that helps VR companies understand how users are interacting with their platform. He currently remains a shareholder of Retinad, but recently left the day to day operations to focus on a new project that he isn’t quite ready to talk about! I took the time to speak to Samuel about his journey as a young entrepreneur and the challenges that he has faced both personally and professionally to get to this point.

Q: What are some challenges you faced when developing your venture?

There’s nothing easy about starting a company. It’s a common saying that it’s similar to jumping off a cliff and figuring how to build a parachute on the way down, and I think that’s a great depiction.

For one thing, confirming your hypothesis is the first big challenge, and it’s not an easy one.

I think there’s two ways of going about building a company. Either you copy existing business models that are shown to work, and you accept that you will start on Day 1 and you will already be in a competitive market. OR, you find a new, non-proven model, that has few competitors. But the risk there is that it might very well be something people are not willing to pay for, or something for which the market has no need. Both scenarios which, usually, lead to bankruptcy.

So each path has it’s sets of risks. I used to be a fan of the latter mentioned model, but recently began to appreciate more a hybrid of both, with an emphasis on the first.

Other challenges include things like maintaining the morale of your team when things go dark (and they do quite often), focusing on the right things and getting rid of all distractions (something I’ve had a lot of issues with until recently), etc.

Q: Was there any point when you thought it was over? That you were going to fail?

Tons of times. Perhaps once a month. But if that’s not happening, you’re not innovating enough. And I think to succeed, you need to become mentally strong enough to ignore these dark times. Otherwise if the leader of the company seems depressed, you will contaminate everyone’s moral, and then it’s curtains for the whole venture.

Q: As an entrepreneur how important has flexibility been in developing your venture?

Depends what you means by flexibility. Unfortunately starting a company doesn’t give much of it. It will absolutely require your 110% dedication, and there’s no easy path to success that doesn’t involve incredible amounts of work… So flexibility in that sense, I would say, is non-existent.

Q: What was was your spark, where did it come from?

For Retinad it was when I first played with the first prototype of an Oculus Rift (which was terrible by today’s standards), and I realized that device would one day have a profound impact on the world (which hasn’t happened just yet, it will take another 4–6 years I think).

As soon as I tried it, my partners and I started thinking of additional market infrastructures that were required for this to become huge, and we built one.

Q: What are your non-work habits that help you with your work-life balance?

That’s a good question. I don’t think I currently have a work-life balance. My social life is practically non-existent out of work (I’m actually trying to solve that).

I try to spend as many hours a week with my little brother, as I love spending time with him and I want to help him evolve in whatever field he will choose.

Other than that, few people know but I actually paint a lot. I’m incredibly terrible at it, but I put classic music on and few things relax me as much as that.

I’m also a really big believer in the fact that humans need to go in natural habitats to decrease stress, and many studies have shown that to be true. So I do try to get out of the city during the weekends. It’s also one of my favorite places to work from.

Q: What is your best tip for entrepreneurs?

I think entrepreneurship is 80% hard work and being relentless, 10% strategy and intellect, and 10% timing.

But bottom line, I’m a firm believer in the fact that the first door you knock on might not open. But if you knock long enough, you’ll break down the door.

Hi, my name is Sam Sawchuk and I am currently the co-founder of Sandwich for a Story, an initiative which focuses on using Virtual Reality as a tool to help immerse people coping with homelessness in job interview settings. I am a former TEDx speaker, startup advisor and contributor to multiple publications including the Huffington Post, Thrive Global, Influencive and HustleTime.