In this article, we take a closer look at how venture capital and private equity work, before diving into some of the reasons why we might confuse the two.

There are a lot of options when it comes to startup funding. And sometimes those different options can overlap — or at least seem to. That’s the case with private equity and venture capital. 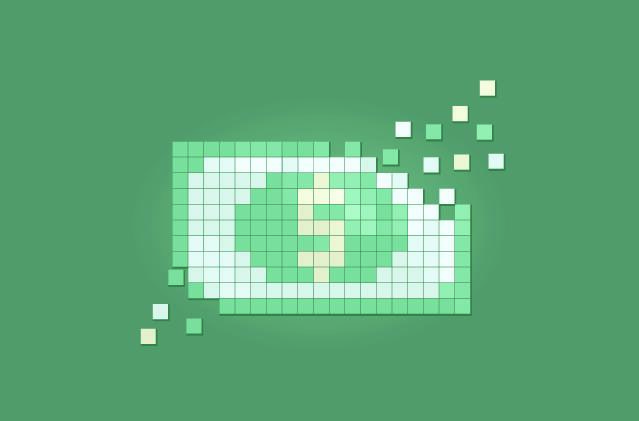 What’s the difference between venture capital and private equity?

The biggest differences, traditionally, between VC and private equity are the stage of the company they invest in and the type of growth they’re looking for. Venture capital tends to go for early stage, higher risk companies with potential for “hockey stick” growth, which is when a company goes from nothing to everything, super fast. Private equity, on the other hand, is interested in companies that have already established themselves, but need more capital in order to thrive.

Another big difference? Private equity firms typically purchase at least a majority share of a company, if not 100 percent. Basically, they acquire them. Venture capital, on the other hand, goes in for a portion of the company, usually splitting the startup pie with other VCs, angels, the founders, and any other investors that have taken on equity investment in the startup’s lifetime.

Let’s take a closer look at how venture capital and private equity work, before diving into some of the reasons why we might confuse the two.

What is venture capital?

Venture capital is financing that’s invested in startups and small businesses that are usually high risk, but also have the potential for exponential growth.

Venture capital is a great option for startups that are looking to scale big — and quickly. Because the investments are fairly large, your startup has to be prepared to take that money and grow.

A venture capital firm is usually run by a handful of partners who have raised a large sum of money from a group of limited partners (LPs) to invest on their behalf. The LPs are typically large institutions, like a State Teachers Retirement System or a university who are using the services of the VC to help generate big returns on their money.

The partners have a window of 7 to 10 years with which to make investments, and more importantly, generate a big return. Creating a big return in such a short span of time means that VCs must invest in deals that have a giant outcome. These big outcomes not only provide great returns to the fund, they also help cover the losses of the high number of failures that high risk investing attracts.

Although venture capital firms have large sums of money, they typically invest that capital in a relatively small number of deals. It’s not uncommon for a VC with $100 million of capital to manage less than 30 investments in the entire lifetime of their fund. The reason for this is that once each investment is made, the partners must personally manage that investment for up to 10 years. While money is often plentiful, the VC’s time is very limited.

With such a small number of investments to make, VCs tend to be very selective in the type of deals they do, typically placing just a few bets each year. Regardless, they still may see thousands of entrepreneurs in a given year, making the probability that an entrepreneur will be the lucky recipient of a big check pretty small.

Venture capitalists also tend to migrate toward certain industries or trends that are more likely to yield a big return. That’s why it’s common see so much venture capital and angel investment activity around technology companies: They have the potential to be a huge win. And VCs know that for every 20 investments they make, only one will likely be a huge win. A win for a VC is either one of two outcomes – the company they invested in goes public or is sold for a large amount.

VCs need these big returns because the other 19 investments they make may be a total loss. The problem, of course, is that the VCs have no idea which of the 20 investments will be a home run, so they have to bet on companies that all have the potential to be the next Google.

Conversely, other types of industries may yield great businesses, but not giant returns. A landscaping business, for example, may be wildly successful and profitable, but it’s not likely to generate the massive return on investment that a VC needs to make it’s fund work.

The biggest advantage of working with venture capital firms is that if your startup goes under — as most do — you’re not on the hook for the money because unlike a loan, there’s no obligation to pay it back. They’re also usually giving out large sums of money, at least in comparison with other types of startup funding. So if your startup is looking to grow far and fast, is a bit risky, and needs a lot of money? VC may be a good choice.

Venture capitalists also come to the table with a lot of business and institutional knowledge that you as a founder might not have yet. Whether this is your first startup or your third, the knowledge that a VC has from working with multiple companies will very likely be more than the knowledge you have. And they’re also great for their networks. VCs are well-connected with other businesses that could help you and your startup, professionals that you might want to take on as employees, and — obviously — other investors.

While you don’t technically have to “pay back” venture capital, venture capital firms are expecting a return on their investment. And it’s usually a big one.

That means that a startup that accepts VC money needs to be planning for an exit of some kind, usually an acquisition or an IPO. If that’s not your goal — or if you see yourself running your startup forever — then venture capital is not for you.

On that note, part of what venture capitalists want in return for their investment is equity in a startup. That means that you give up part of their ownership when you bring on venture capital. Depending on the deal, a VC may even end up with a majority share — more than 50 percent ownerships — of a startup. If that happens, you essentially lose management control of your company.

Even if you don’t lose majority share of your company, you still have to take their concerns, opinions, and sometimes direction into consideration. When you take on a venture capital firm, you’re essentially taking on more cofounders. So it’s worth considering whether or not that’s something you want to add to your company and your life, before you accept a VC term sheet.

What is private equity?

Private equity is a type of investment typically reserved for companies that have already grown to a larger size and are looking for a particular growth or exit strategy that isn’t available through traditional financing. Private equity firms usually acquire 100 percent of a business they’re funding.

When should startups seek private equity?

Most startup or small businesses have little use for private equity. That’s because private equity firms are usually looking to invest in companies that already have a strong start, but need more cash in order to flourish.

If you’re a startup with just an idea, you’re likely way too early for private equity. Typically private equity firms are looking for later stage companies that require much larger sums of money, usually at least $5 million, in businesses that already have some sort of assets to leverage.

If you have a business with existing revenues or assets — again, usually north of a few million dollars — then private equity becomes an interesting option.

Private equity is valuable to businesses that may have strong operational profiles, but don’t have the high return growth prospects of a technology startup or some other trendy investment type.

Private equity firms pool their money from Limited Partners (LPs) who tend to be pension funds, insurance companies, high net worth individuals, and endowments. The LPs invest in a private equity fund in order to employ a management group to seek out high yield investments on their behalf.

Unlike venture capital firms that make big early stage bets that they hope will have an enormous return when the company explodes with growth, a private equity firm bets a little less on speculative growth and a little more on demonstrated growth or opportunity.

The focus of the group is to purchase a company that they can either take to IPO, sell, or generate cash returns on. The private equity group is essentially betting on the fact that the asset it worth more in the future than it’s presently worth.

In order to help that company get there, a private equity firm may provide more operating cash, provide the owners with liquidity (buying the business from them) or potentially orchestrate a merger or acquisition that will generate more value.

Why do we confuse private equity and venture capital?

People often confuse private equity and venture capital for a few reasons. The first? They use very similar structuring and documentation of deals. So the paperwork and process might feel familiar or even the same, at lest on the entrepreneur’s side.

Another reason is that the types of deals that venture capital firms and private equity firms do have become more similar in recent years. So while VCs may have chosen to take on only a small percentage of a company — say, 10 to 20 percent — they now may take on more, like 40 to 50 percent. They’ve also moved into later stage investing, rather than just being there for the startup phase, which is a deviation from “traditional” venture capital.

Simultaneously, private equity firms have started taking on growth-stage equity, rather than purchasing mature companies and pushing them forward. That blurring of when companies choose to invest and how much equity they take can sometimes make it difficult to distinguish between venture capital and private equity.

So what does that mean for startups?

But while VC and private equity may appear the same, they’re fundamentally different. And that difference lies in philosophy. Understanding those philosophies is key to finding the right funding partner for your startup.

At the most basic level, VCs are about big risk and big reward, while private equity firms are about low risk and big reward. See that? The difference lies in their willingness to take on risk. Venture capitalists are all about disruption, while private equity firms are more focused on traditional ways of moving business forward.

That’s one of the reasons we say that private equity isn’t going to be particularly useful for startups. Because startups, as you know, are all about risk.

And, of course, private equity and venture capital aren’t the only options for startup funding. There’s a whole world of funders out there! Don’t miss our guides to the full range of startup funding options, below.