"Good hell, I feel like no matter what I do, I keep making the wrong decisions! I feel like I'm not cut out to be a Founder. There has to be someone out there that's killing it while I'm hiring the wrong people, talking to the wrong investors, and going after the wrong customers. What am I missing here?"

How could we possibly be "right" as Founders when literally everything we are doing is unknown?

Think about it — we're building a startup that has never existed with a product that's being invented and run by a team that's never worked together delivering to a customer who has never heard of us. Oh, and did I mention as Founders we've probably never done this before?

What about that formula drives certainty?

Let me start by saying this — there is no possible way, NO possible way, that as startup Founders (especially first-time founders) we could possibly make the right decision over and over in our early-stage startup.

In fact, the only way TO make the right decision is going to be to make tons of mistakes until we figure out which decision is correct.

Think of this — only 1 out of every 10 bets made by venture capital back out. 1 in 10... from people who only have to evaluate and pick which ideas and which team is going to achieve success — and imagine how many startups they've had the chance to dissect?

So, take it easy on yourself for not getting it right the first time, or second time, or third time... with each and every single decision you make. From how to handle intellectual property, to raising funds, to where to find your early adopters — the vast majority of startup founders will make all the common mistakes before finding the right path.

From expensive engineers to following a silicon valley approach in Des Moines, to creating self-inflicted operational problems most founders and co-founders will later reference their biggest mistake as the most amazing opportunity to learn on the startup journey.

The failure rate of startups isn't driven by the biggest mistakes. The failure rate is a direct result of simply not learning to turn that big mistake into a key question — that unlocks product market fit, or increasing sales, or raising funds, or nailing marketing.

We need to learn that when running into the abyss, our guidepost is our mistake. Every misstep is a clue toward what path we should actually be pursuing. The problem is, we are so conditioned to think that mistakes are tantamount to failure. 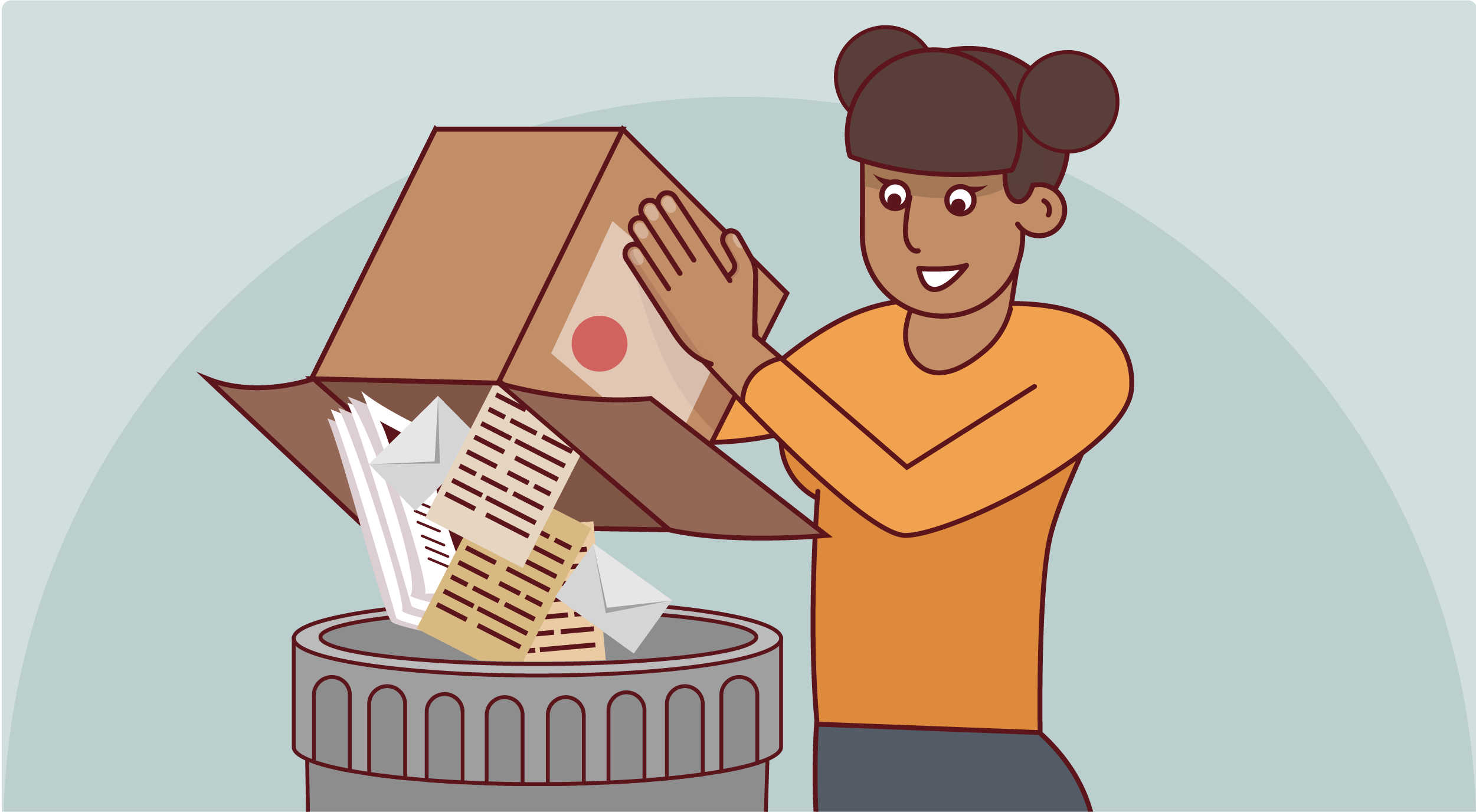 It's only a failure if you SHOULD have avoided it.

If you're making a pizza and you forget the cheese and sauce — that's failure. You should have known what to do because it's been done a million times before under the exact same circumstances.

But, we're not making yet another cheese pizza (now I'm hungry!) — we're inventing food! We have no idea what ingredients will lead to what product or whether it will taste great until we make it, bake it, and bite it. When it tastes like hell — those are called mistakes. Not startup failures.

How many new businesses just get everything right? Yeah, none. And that's okay.

Mistakes are just experiments gone wrong, and we need to embrace that as Founders, and the startup team If you're not making mistakes, you're probably not learning any new skills — so stop beating yourself up! Take your learnings, adjust your method, and move forward with confidence.

Making mistakes is part of the process for Founders, and it can be painful — but it's a necessary evil. We must build our mental toughness by understanding that mistakes are just another step on a long(er) journey.

Once we start to view mistakes as learning opportunities, not failures, then success is inevitable. It's only through taking risks and learning from our missteps that we can truly create something amazing.

Become comfortable with mistakes, so you can avoid startup failure.

So let's separate startup mistakes from startup failure — let’s get comfortable with making them, and recognize their value as a part of the process. Mistakes aren't bad — they're just natural steps in the journey to success! And each one will bring you closer to the startup outcome you’re looking for.

So don't let your fear of mistakes keep you from achieving greatness. Take risks, make mistakes, and never give up — success awaits! Sure, businesses fail.

Most startups fail because they repeat different versions of mistakes they should already have found a way around by virtue of having suffered from it before! 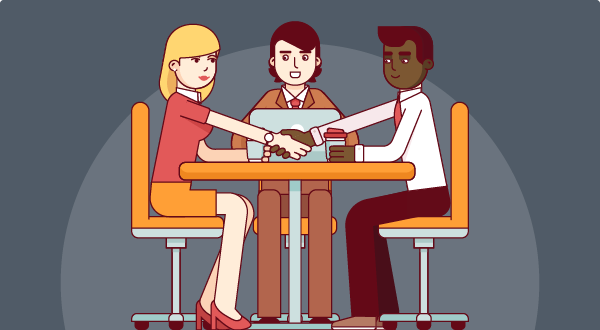 That's not to say making a constant list of mistakes is fun — it's not! But that's where things start to come off the rails for us as Founders.

We assume that a constant stream of mistakes means we're bad Entrepreneurs. We fantasize that there must be this "other Founder" who just nails every decision, from customer demand to choosing the right co-founder, and their only problem is where to stack all that profit!

Nothing is farther from the truth. Every Founder, no matter whom you have in mind, is beating themselves up constantly about how many mistakes they have made with the company, from not raising enough funding, to raising too much funding.

It's almost impossible not to because the stakes are so high and we care so much. We take these mistakes personally — they haunt our Founder dreams.

There's no way to be in this game and not be completely stressed about it. I'm sure there is some totally Zen Founder somewhere that leaves all of this at work and just enjoys life running their company.

Unfortunately, I think they are sharing a 600-square-foot apartment in the Tenderloin District with the Yeti because I've never met either!

So what can we do?

The first thing to remember is that mistakes are part of the process. It's how we learn and grow, and it's how our businesses evolve from an idea into a real companies.

Rather than beating ourselves up for our mistakes, let's accept them as part of the journey. And instead of taking each mistake as a sign of failure, let's take them as an opportunity to learn and to do better. Talk to your peers in the startup community, you'll find what feels like your own special snowflake story... is run of the mill.

The second idea is that it's important not to focus on the mistakes themselves but instead on what we can do differently in the future.

We can always try again — with a different approach if necessary — and see how things turn out this time. It's a lot easier to stay positive and motivated when we're looking forward instead of backward.

Many startups at the early stage, or even the idea stage, find success and end up achieving rapid growth by doing something totally unforeseen until mistakes unveil the actual path for the company.

Take a break from time to time! Step away from it all and unwind for a bit.

Remind yourself that you are doing the best that you can under incredibly stressful circumstances — let go of the guilt, and let yourself recharge.

This can help to give you the energy and positivity needed to keep pushing the company forward in spite of setbacks.

The bottom line is that mistakes are part of life — even for Founders! So don't be too hard on yourself. Embrace each new challenge, learn from your experiences, and stay positive about the future — it will make the whole process of building your company a lot easier. 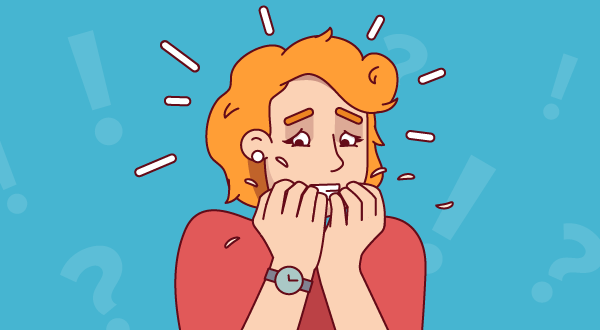 But I Feel Like Crap — is this Normal? Is this how startups fail?

The problem compounds when that stress starts to turn into a mountain of self-doubt. We start asking "What if we weren't cut out for this?" or "Am I a fraud?"

The answer is — ABSOLUTELY! Yes, we're all total frauds, but not in the "I'm selling swampland to the rubes for retirement home" kind of way. We're only true frauds if we consider that fraudulent people act knowingly in the wrong - if we are out to get people through deception or misinformation.

But, we're not. We're unsure of the future because guess what - the future is totally flipping uncertain and there's no magic 8-ball afforded to any of us.

We're all guessing. Some of us might be more right than others but ultimately the only difference is that one of our guesses turned out to be right. We're still all guessing.

So if you're feeling like crap, it's perfectly normal. It's 100% valid to feel uneasy and uncomfortable with the uncertainty of our situations. Just know that this too shall pass and eventually we will find our footing, and our company, on solid ground again.

Until then, let's be kind to ourselves - because everyone is a fraud in their own special way. We are all in the same boat and we will get through this together. All it takes is a little bit of courage and self-compassion to make it out of the storm ahead. So don't be afraid - you got this!

So, my fellow Founders and Co-Founders — take a breath. Make some more bad calls. What matters is what we do with what we've learned and how we modify our next decision.

There's no version where it's all sunshine and seashells. It's a long, hard slog until at some point, we do a few things right. Here's hoping that's sooner than later for all of us! 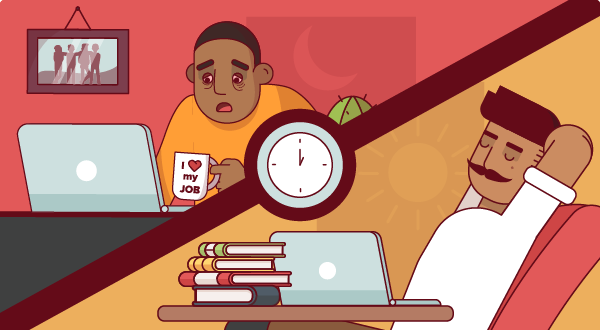 It's all part of the journey.

Making mistakes is an inevitable part of the entrepreneurial journey, but it doesn't have to be a source of stress and self-doubt.

With a little bit of courage and self-compassion, entrepreneurs can learn from their experiences and use them as an opportunity to do better with their startups in the future.

It's important to remember that everyone makes mistakes, even startup founders (especially startup founders) — all we need is some patience and positivity to get through it — and remember that mistakes are not the predecessors of startup failure, but the very building blocks of success of your new venture.

By recognizing our own vulnerabilities, we can foster more understanding among ourselves and create stronger communities within the startup world. So don't be afraid of the mistakes you make — use them as a learning opportunity to become even more successful.

Mistakes for the win!

We've all heard of the "fail fast" ideology, but let's put a little spin on that — and mistake fast, and forgo failure instead, shall we?