Startup Failure: It Happens. Let’s Talk About It.

No one likes talking about failure. But it might be the most important thing Founders can talk about.

“Success can be achieved only through repeated failure and introspection. In fact, success represents 1 percent of your work, which results only from the 99 percent that is called failure.”

Failure is one of the most fundamental components of the startup experience – and one of the least talked about. There’s this weird thing that happens when people talk about failure: voices get hushed, people start looking around them, worried that someone might overhear.

Talking about failure is taboo #1 in the startup community – but that’s not doing us any favors. Because here’s the thing: startups fail all the time. And not only do they fail – failing at them is an essential part of how you get good at them. If anything, we should be talking about all the ways we’ve failed more than we talk about anything else.

Serial entrepreneur, angel investor, and author Jonathan Siegel knows a thing or two about startup failure. As he told us, halfway jokingly: “I’ve got scars and a graveyard.”

In fact, Siegel wrote a whole book about on the subject: The San Francisco Fallacy. So he’s spent a lot of time lately thinking about startup failure – his own, and others that he’s witnessed – and he joined us for a session of Startups Live to break through the taboo and talk about it. 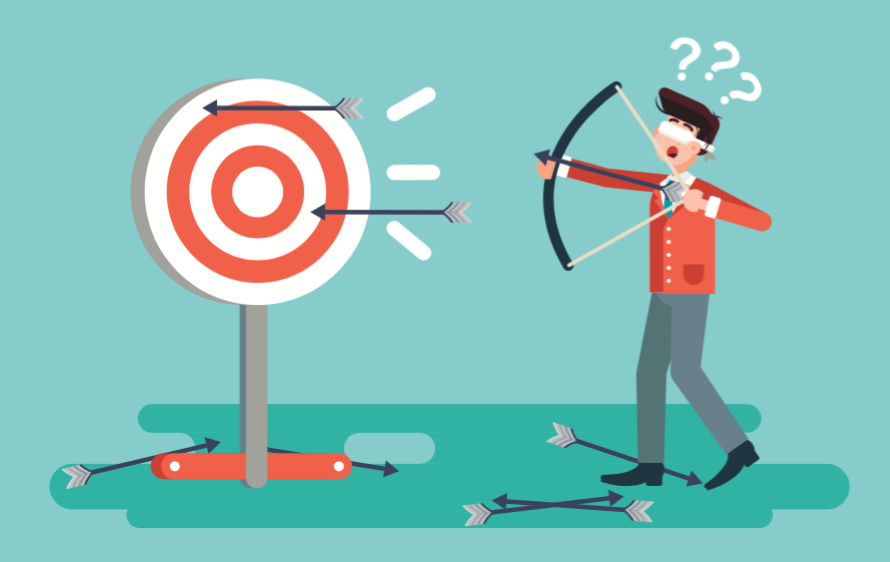 What Percentage of Startups Fail?

The first thing Founders need to acknowledge: startup failure happens – way more than the community at large seems to want to admit.

“If you ask someone starting a startup what their likelihood of failure is they’d probably be (1) offended and (2) think their success rate is extremely high as long as they ‘don’t accept failure as an option’ and work crazy hours and hustle,” Siegel observes.  “But in reality they have a 80% failure rate.”

There’s actually some debate about that percentage number. But if 80% of startups have failed (or 60-70%), you might think that 80% of the stories you’d hear would be about startup failure. But you know what you’d be if you thought that? Dead wrong.

“Most stories [Founders tell about their startup] go like this: ‘We did this awesome thing and it just worked and we made all this money,” Siegel says. “But that’s not what reality looks like…’

This allergy to talking about failure isn’t just a kooky quirk of the startup community either. It has real ramifications within the community – and on the emotional and psychological states of Founders who have been conditioned to believe that failure is unacceptable. “When you find yourself in that majority of failures, it stings really badly,” Siegel points out.

When confronted with failure, the startup MO seems to be to sweep it under the rug and forget it ever happened. The desire to challenge that tendency (which is a big passion here at Startups, too) is what led Siegel to write Fallacy in the first place.

“I wrote the book because I realized my successes often came on the back of many, many failures,” he says. “And nobody seems to like to talk about their failures.”

Another thing people need to acknowledge about startup failure: not only does it happen – it’s inevitable, built into the very DNA of what it means to try to build a business from scratch.

“The issue with founding a company is that it’s not something that we do very often,” Siegel observes. “Most people never do.” The reason most people never start a company: because it’s freaking hard. And with anything that is A. hard and B. uncommon –  failure and mistakes are just part of the deal.

In this way, Jonathan Siegel says, starting your first company is a lot like starting your first relationship. “I remember when I had my first girlfriend I thought, ‘This is frickin’ great! She’s amazing, we’re great together– how could I ever screw this up? And then BAM I screwed it up,” Siegel says. “Over time I learned all the ways to screw it up – and how not to –  and now I’m happily married.”

“Every time I had a failure I learned something. Each failure you have gives you another insight.”

Businesses are basically the same way, Siegel says. “There are so many ways to screw up. Like, many many many! Financing issues, team issues, founder squabbles, known competitors, unknown competitors, market dynamics, legislation,” Siegel. “And until you start entrepreneuring it’s hard to know what issues you have to look out for.”

There’s a reason Jonathan Siegel talks about his past failures as “scars”:  they stick with you after, reminders of the wars you’ve battled. Each one makes you a bit tougher – and a bit smarter – than you were before. “Every time I had a failure I learned something,” Siegel points out. “Each failure you have gives you another insight.”

Which brings us to the essential point: success and failure aren’t opposites – they’re complimentary forces. Our failures inform our future successes – and our successes allow us to understand our past failures that much better.

Siegel expressed this vital idea using a quote attributed to Honda founder Soichiro Honda: “Success can be achieved only through repeated failure and introspection. In fact, success represents 1 percent of your work, which results only from the 99 percent that is called failure.”

FALLING FOR FALLACIES – AND HOW NOT TO

These are the “fallacies” of The San Francisco Fallacy. A fallacy, just in case you missed that day in English class, is “a commonly held belief, or cultural norm, that turns out to be misguided or misleading.” The startup world is a veritable landmine of these beliefs and cultural norms – and in his book, Jonathan identifies 10 of the biggest ones that he sees tripping Founders up on the road to getting their company off the ground.

One of the biggest fallacies Siegel sees Founders falling for today: what he calls the “investor fallacy.” It’s the idea that a billion-dollar exit is the only startup outcome worth going for – and that investor capital is a must-have if you’re going to get there.

“If your only goal is to create a billion-dollar company, then you are in line with a modern VC. But I cannot think of anyone that would found a startup and really have this goal.”

To drive this idea home, Siegel told us this story about a young company he invested in:

“They raised about $4 million, then they were doing well and raised a bit more. About that time an acquisition offer came to them,” Siegel remembers. “The two Founders would have seen millions of dollars if they took the deal. But the investors thought the business could be much, much bigger, so they eventually convinced the founders to take more funding from them instead of the exit.”

This is the investor fallacy in a nutshell: the founders were presented with two choices – sell, or keep raising and building – but they were so conditioned to believe that taking on more funding and continuing to build was the quote-unquote right choice, they – and their business (and their happiness) suffered because of it.

“If your only goal is to create a billion-dollar company, then you are in line with a modern VC,” Siegel says. “But I cannot think of anyone that would found a startup and really have this goal.”

The moral of the story: as Founders, we need to be skeptical of things we have been taught to believe are “true” about building a business. We need to understand when we’re making a decision because we want to – and when we’re making it because it’s the decision that we think we should make. Because when we cave in to the tyranny of the should – that’s when things go off the rails, and that’s where real failure comes from.

TIME TO CHANGE THE PARADIGM

It’s time for those of us in the startup community to change our relationship with failure: how we think about it, how we talk about it (and with who), how we define it – and how we let it define us.

We’re so conditioned to think there’s this cookie-cutter template for success, and that anything that falls outside that narrow band is a failure with a capital “F”. But the reality is that success (and failure) look different to everyone – and following someone else’s template for success may just be yet another way to set yourself up to fail.

One thing’s for certain: at Startups, we’re determined to continue to push back against the taboo against failure, and keep learning from our mistakes and the mistakes of others. Got a startup failure story you’d like to share? Hit the comments below – let’s talk about it.

Also worth a read: The 13 Top Reasons Why Startups Fail