Startup CEO Salary: How Much Should A Company CEO Make?

What's too much, too little, and just right? Well, you're in luck because we’ve created what we're dubbing the Goldilocks method to help you figure out the best startup CEO salary for your company.

When you’re figuring out how much a startup CEO salary should be, there are a lot of factors to consider.

How much can the company afford to pay? What stage are you in? How much runway do you have? If you already have investors, what are their thoughts on the issue? How much do you need to support yourself and your family? 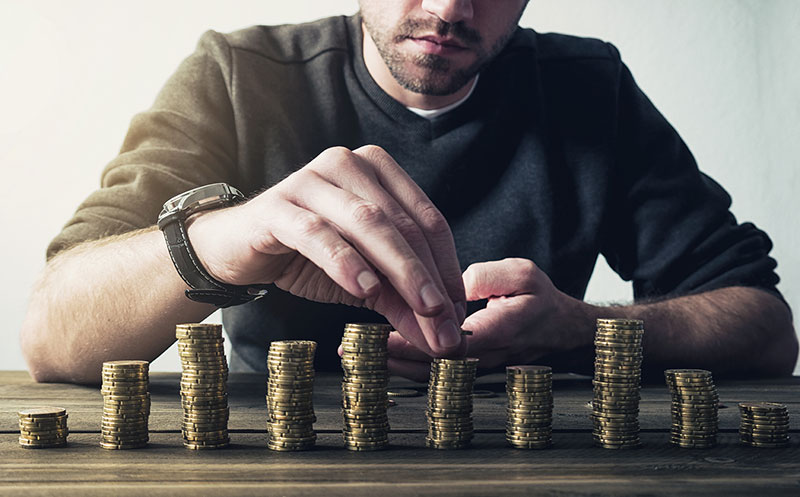 Those are just some of the questions that are probably rolling around in your head, whether you’re trying to figure out your salary as the CEO, you’re trying to figure out your co-founder’s salary as they take on the CEO position, or you’re thinking of bringing in an outside hire. Add on location, marital status, age, savings… and the list goes on and on and on.

So how do you determine what a startup CEO salary should be?

First of all, let’s make one thing super clear: Like so many other aspects of startups, there’s no one answer to this question. I’m not going to give you a calculation you can perform that will spit out a number for you.

Instead, I’m going to introduce to you to system I’ve named “The Goldilocks Method” for determining startup CEO salary. It’ll help you figure out how much is just right for you and your company. 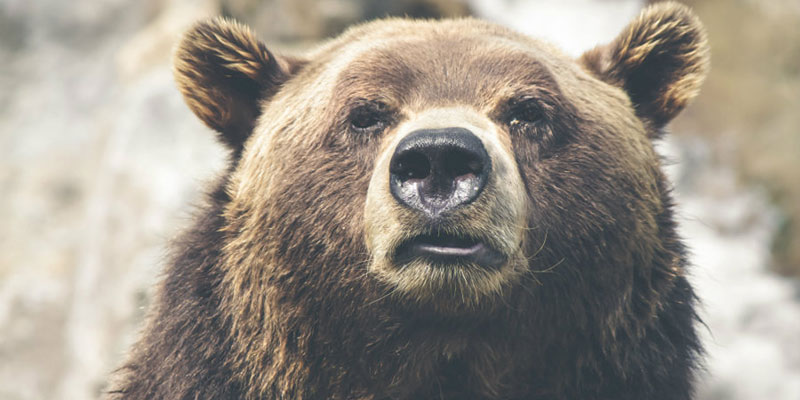 This shouldn’t come as too much of a shocker to anyone who has any exposure to the startup ecosystem, but a startup CEO salary shouldn’t be too much. As in, the CEO is probably going to have to take a pay cut and scrimp a bit when they first getting going.

Consider this: Until your company is profitable, every cent you spend comes out of your runway. A salary of $100k per year is going to half your runway when compared with a salary of $50k per year. So unless you raise millions and millions of dollars right from launch, it’s difficult to justify a high startup CEO salary.

Peter Thiel has actually set an upper limit for startup CEO salaries. Any company that Founders Fund will consider has to be paying their CEO less than $150k. Period.

Based on his experience both as a serial entrepreneur and as an investor, he believes that the lower startup CEO’s salary, the great chance of success that company has. He also believes that a lower salary keeps founders focused on making their equity worth more, which is a good end result for everyone — founders, investors, and employees.

So let’s set $150k as the upper limit for a startup CEO salary. That doesn’t mean that numbers under $150k aren’t too much, too. But there are other factors to consider when you’re deciding how much is just right, as we’ll cover below.

One startup learned the hard way that paying a CEO too much can mean the end comes faster than you expected. It’s a complicated story (you can read the full rundown here) but basically a media startup called 8020 brought on a new CEO with the hopes that his experience at Conde Nast would help pull them out of a major downturn.

There were other issues with the company, but it’s pretty clear that the $500,000 per year salary for the CEO was a big, big nail in 8020’s coffin. 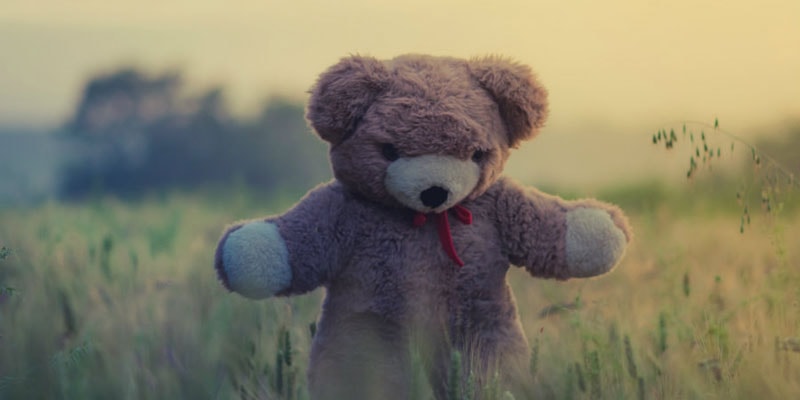 Rent, groceries, car payments, cell phone bills, and the need to buy new clothing don’t disappear just because someone quit their day job and is running a startup. If someone is constantly stressing about how they’re going to make rent or where their next meal is coming from, they won’t be able to focus on making the company the best it can be.

Let me tell you a little story about a some founders I know very well who, it could be argued, went the too little route for quite a few years before their company started getting traction.

Ten years ago, I paid my brother a visit. He’d just dropped out of Syracuse University to focus full-time on his startup. He was always skinny — in high school I could always tell who he was on the lacrosse field based not on his number, but on his chicken legs — but since leaving college, he’d gotten even thinner.

When I went to make us macaroni and cheese, I found out why. He had no butter. Or milk. Or anything at all, really. So, being a good older sister, I went to the store and filled his fridge with food. When he tried to pay me back, I told him he could buy me a house when he made it big.

My brother was doing what a lot of startup founders do: sacrificing personal income and comfort for the sake of his company. And while that sacrifice paid off for him — today, he has more than 100 employees with offices in two cities — there were a lot of factors at play.

First of all, he was 19-years-old, which means he wasn’t already used to a higher standard of living. All he’d known was our parents house and then broke college life. He was more willing to deal with hardship than someone further along in their career likely would be.

He was down for living in kind of crappy, super cheap student housing, eating ramen a lot, and occasionally having ketchup for dinner. He didn’t have any kids, car payments, mortgages, or even significant student loans. In short, he was young — and that worked, in this case.

But, for someone who isn’t still a teenager, that kind of hardship could prove to be too much. Take an honest look at the realities of your CEO’s life before deciding to pay nothing or even close to nothing.

One caveat: A lot of more mature founders (read: not teenagers) choose not to pay themselves for the first year or first few years of their startup. However, most of those people have savings they can live off of or other sources of income. Obviously each person is the only person who knows what they have saved away and what they can spare, but it’s worth thinking about. 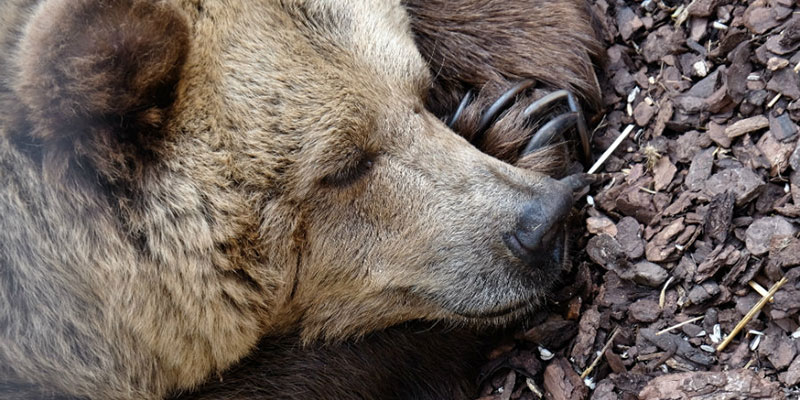 And then there’s the sweet spot, the just right for a startup CEO salary. The not-too-high, not-too-low spot. For some founders, that number is strategically low.

“Our philosophy is that the CEO is the highest paid employee and sets the ceiling, but we keep our ceilings very low,” Carmelo Mannino, CEO of STOW IT, tells Startups.co. “For example, I make about $40K per year as the CEO. This sets a standard for all other employees. They know that they won’t make more until our company is more successful. It also shows that all employees are in the trenches together.”

Some companies, on the other hand, don’t set the CEO’s salary as the top number. Instead, they keep their pay low and save that money to pay important hires, like skilled developers. It’s just another way of approaching the issues and determining what, in the end, is most valuable.

Exact numbers on startup CEO salary are hard to find. While it’s possible to find numbers ranging from $40k to $150k, depending on which website or survey you look at, the best numbers come from data collected by Compass and first reported on The Next Web. 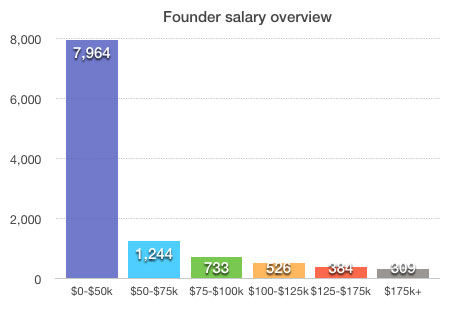 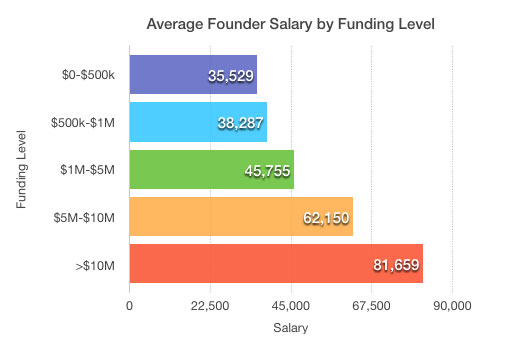 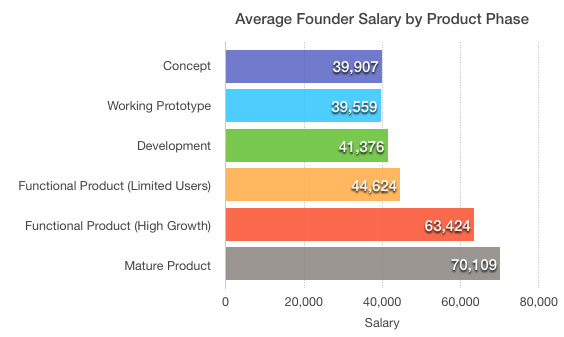 When you consider that starting salaries at the big tech companies are usually six figures, $66k to $75k isn’t very much at all. But the lowest salaries they found were in India, where CEOs reported paying themselves just over $30k annually.

“I think one of the biggest mistakes a CEO can make is to pay themselves really well, while low balling their employees,” Mannino says. “Our low-pay all around defines our culture and makes us more of a team out to accomplish our mission and grow. As we grow as a company, everyone shares in the success.”

Some questions to consider when you’re determining startup CEO salary:

1. What’s the cost of living? How much is rent? What are the cost of groceries where you live?

2. What’s the lowest amount your CEO (or you) could conceivably live on?

3. Does your CEO have a family that’s dependent on them or are they just supporting themselves?

4. If you’re the CEO, do you have any areas of  life where you could cut costs? Could you get roommates? Eat less takeout? Cut your gym membership?

5. What stage is your startup in? Have you raised money? Are you profitable?

6. What do your investors recommend?

7. How much runway do you have? How will your proposed salary affect that runway?

8. Do you or your CEO have student loans?

9. Do you or your CEO have savings? How much? How long could they last?

10. Do you want the CEO to be the highest paid employee of your company? Or would you prefer they take less and pay valuable employees more?

This list is not exhaustive, nor is it anywhere near complete. But it’s a good start as you’re struggling to figure out your own just right for your startup CEO salary.

Don’t worry, Goldilocks. You got this.