Leapfrogging Venture Capital at Home and Abroad via Impact Investing

While neither venture capital or impact investing alone is the panacea to end global poverty—market-based approaches have a big role in alleviating poverty.

How much does VENTURE CAPITAL drive the U.S. economy?

This is the question that two scholars set out to answer. They quantified the long-term impact of venture capital in the economy of the United States, considering only publicly traded companies — those for which reliable information is available.

As of 2013, VC-backed companies represented 18% of the total of public companies and employ 4 million people. This analysis, however, understates the importance of venture capital because many of today’s public companies were founded before the VC industry even existed, such as Ford or General Electric.

While the early venture capitalists backed companies like Intel or AMD in the late 1960s, it wasn’t until a regulatory change in 1979 that the VC industry started realizing its potential. That rule change, known as the Prudent Man Rule, allowed pension funds to invest in venture capital and resulted in a more than tenfold increase in the money flowing into venture capital.

When the authors revise the analysis using only companies founded during or after 1979, the results change dramatically: 43% of those companies are VC-backed, comprising 57% of the market capitalization, and 38% of the employees. Furthermore, their R&D expenditure constitutes a staggering 82% of the total R&D of all companies started on or after 1979. 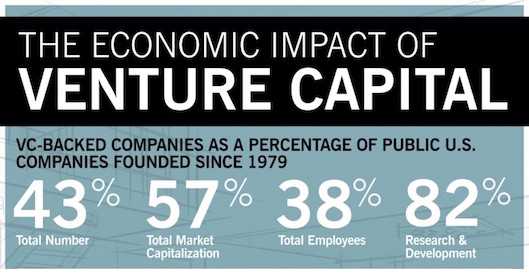 The Fortune at the Bottom of the Pyramid

About 15 years ago, C.K. Prahalad and Stuart L. Hart wrote a seminal article making the case for a prodigious opportunity for multi-national corporations to seek their fortunes and bring prosperity to the aspiring poor. They argued for an inclusive capitalism to do business with the world’s 4 billion poorest people — two-thirds of the world’s population — that require radical innovations in technology and business models.

Consumer goods company Unilever is one such corporation that is seeking the fortune at the base of the pyramid — with revenues of €52.7 billion in 2016, 57% of their business is in emerging markets — whilst reducing their environmental footprint and increasing their positive social impact.

Prahalad and Hart recognized that big multi-national corporations are one of multiple actors that must be involved in creating the conditions for a growing and thriving economy working together with nongovernmental organizations (NGOs), local and state governments, and communities. They took a significant step forward in bringing capital markets to bear on global development challenges, and inspired business leaders and entrepreneurs alike to respond to their call.

From 2004 to 2006, I was the first employee of one such entrepreneurial endeavor, a company no longer in existence named United Villages that was backed by pioneering impact investors (Gray Ghost Ventures and Omidyar Network, among others).

Venture capital is the next addition to the list of actors that Prahalad and Hart listed, as venture capital is characterized by financing young, very innovative and highly risky companies, the very same type that are needed to break into developing country markets, requiring innovation in technology, business models, and management processes. This should come as no surprise, especially as one of the top venture capitalists, Fred Wilson from Union Square Ventures, points to the developing world as the next big whitespace for venture capital.

It is precisely in that big whitespace, where the leapfrog can happen by revisiting the incentives for venture capitalists, and providing the financing needed for societies to prosper, sharing that prosperity widely. 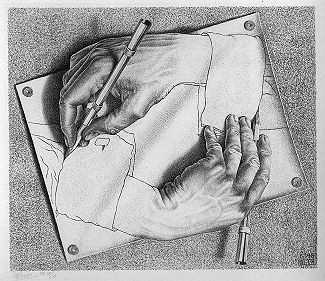 The notion to leverage investment to seek social and/or environmental impact in addition to financial return is known as impact investing. Although the term was coined in 2007, some institutions have been practicing it since at least the 1970s (FMO, DID, Lyme).

The traditional venture capital industry has been focused almost exclusively in maximizing profits and accumulating wealth with a disdainful disregard for societal inequalities. It is worth telling that the United States, the very same country in which venture capital plays such an important role in its economy, has a 13.5% poverty rate. If we look at children alone, there are 14.5 million kids (19.7% of all children) that live in poverty — that’s about 1 in every 5 children in the US. There is as strong a need to #ReinventVC home and abroad.

Leveraging venture capital to tackle big meaningful problems is an attractive proposition. Venture capitalists provide not only financing but also mentorship, strategic guidance, network access, expertise and talent. Granted, it’s not all a rosy picture: VC is also full of cynicism, arrogance and plain wrong advice. Let’s get rid of the bad apples, and focus on the potential for positive outcomes.

Venture capitalists also send strong signals to the next generation of entrepreneurs of what is worth pursuing and solving — and no, we are not talking about birchbox for pets, uber for lawn mowing, or an exclusive social network for those with natural curly hair; all real VC-backed companies, btw. What an opportunity cost for many bright entrepreneurs who waste their time solving privileges, not meaningful problems!

To the VC & the entrepreneur: Solve problems, not privileges.

Interestingly, venture capitalists have bosses they report to: their investors, known as limited partners (LPs), whose money they invest, and to whom they are accountable. A recent report from the World Economic Forum highlights several demographic trends that will affect (impact) investing over the coming decades, namely:

These are the future LPs that will tell venture capitalists what they care about and where they want their money to be invested. Some venture capitalists on their part are already aware of these trends, and are responding accordingly. I will illustrate this point on the next article.

This article is the second of a series of three articles that explores where Colorful Ventures operates, focusing on early-stage companies with built-in impact. The first article covered How to Navigate the Impact Investing Landscape.

Our vision is to grow the number of successful companies that make a lasting positive change in this world, and catalyze a virtuous circle that attracts more capital, resources and talented entrepreneurs working for a more just and equitable world. While we acknowledge that venture capital or impact investing alone is not the panacea to end global poverty, we believe that market-based approaches have a big role in alleviating poverty, and we work hard to realize this potential.