How Miguel Madrid process-hacked his way to building his dream company.

When you’re confident about a business model, you will have absolutely nothing holding you back.

When I call Miguel Madrid at his Austin apartment, he’s glued to his computer, handling exchange requests in the wake of fulfilling the two massively successful pre-order campaigns his company Comfortable Club ran on Kickstarter last year.

Comfortable Club is an online apparel brand that delivers ridiculously cozy underwear and loungewear at half the price of retail. The idea seems to be striking a chord: between those two Kickstarter campaigns, Comfortable Club has taken in more than $350,000 in pre-order revenue from over 5,000 backers — now customers.

All of which means things have been busy at Comfortable Club of late.

But that “we” that Miguel slipped in there — it’s a bit of a misnomer. There is no “we.” At least, not yet.

There’s just Miguel. And he’s in it to go all the way. 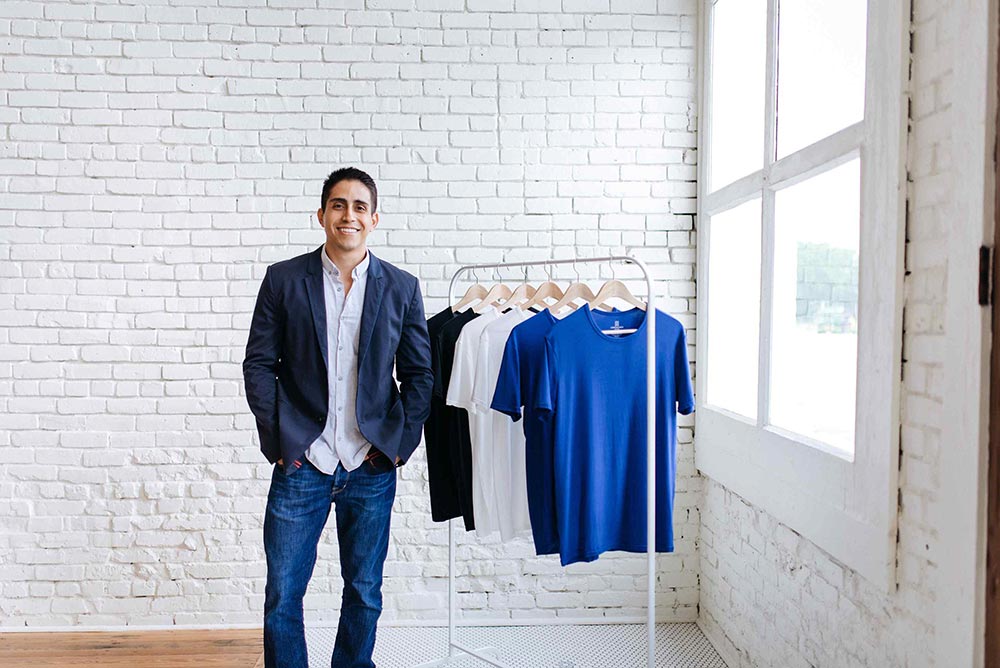 The fact that Miguel is here, handling 100% of the customer service for his brand single-handedly — it’s not an accident. It’s not even (entirely) a lifestyle choice, although Miguel does point out that he could hop on a plane right now and work from Europe if he wanted to.

Like everything else about Comfortable Club, it’s all about the business model.

Miguel has built his entire company around the idea of taking overhead completely off the table. “I’m not paying Justin Bieber for his photoshoot. I don’t have five executives that are making millions of dollars,” he explains. “I’m doing this myself, so I can actually offer you guys half price for an even better product.”

I’m not paying Justin Bieber for his photoshoot. I don’t have five executives that are making millions of dollars.

Miguel isn’t alone in his quest to eliminate overhead and cut costs as a pathway being able to offer customers a superior product at a more affordable price. Comfortable Club is part of a whole class of up-and-coming companies doing the exact same thing: Harry’s for razors, Casper for mattresses.

But whereas companies like Casper got started with a co-Founder or four, Miguel is running this entire company — from product development to marketing to, of course, customer service — as a one-man show.

Which begs the question: how exactly does he do it?

The answer, it turns out: automation. Every bit as impressive as the product Miguel has built is the system he has built to allow him to deliver that product.

Miguel has developed a true turnkey business process built on next-level systematization and automation. Everything at Comfortable Club, from sourcing to sales to inventory to IT — all of it is automated, built on an intricate network of interlocking systems that Miguel designed and built himself.

The result, as Miguel puts it: Fortune 500-level logistics — without the Fortune 500 overhead.

Miguel had been on the hunt for a startup idea that would get him out of his corporate job for a while when he was handed his first pair of premium Calvin Klein underwear.

“It was one of those ‘aha’ moments where I thought, ‘Wow, I can’t believe I’ve never tried this,'” he remembers. “And it’s not an amazing product, it’s not perfect, but it was very comfortable. It defined my day and I thought, I feel very great.”

But as great as the feeling of high-quality underwear was, the experience of paying for it was decidedly less so. “It got to where it was time to replenish my whole wardrobe, and I was at Nordstrom shopping. I grabbed ten pairs and it came out to $350. And you know how you sort of drop everything and say (I don’t want to say the word) but, Eff this! I’m not going to spend this kind of money?”

Drawing on his experience as a sourcing and logistics director for a multi-national roofing company in Honduras, Miguel set to work designing the product (and process) that became Comfortable Club.

He spent 4 months searching for a supplier, navigating the complicated back-and-forth of talking with different companies, agents, and middlemen. After that, there was product development, going back and forth with the designer over every single aspect of the underwear that has become Comfortable Club’s signature product, from the blend of the fabric to the lay of the stitching.

From there, it was on to Kickstarter, which is where things started to take off.

Miguel admits even he wasn’t prepared for how big it got. “I was completely awestruck by how people reacted to something like this,” he remembers.

That’s when I realized: I have to take care of these people. These are customers. These are my life right now.

About midway through the first run on Kickstarter, he quit his job to focus on Comfortable Club full-time. By the end of that campaign, Miguel says, Comfortable Club had completely exploded.

“That’s when I realized: I have to take care of these people. These are customers. These are my life right now.” 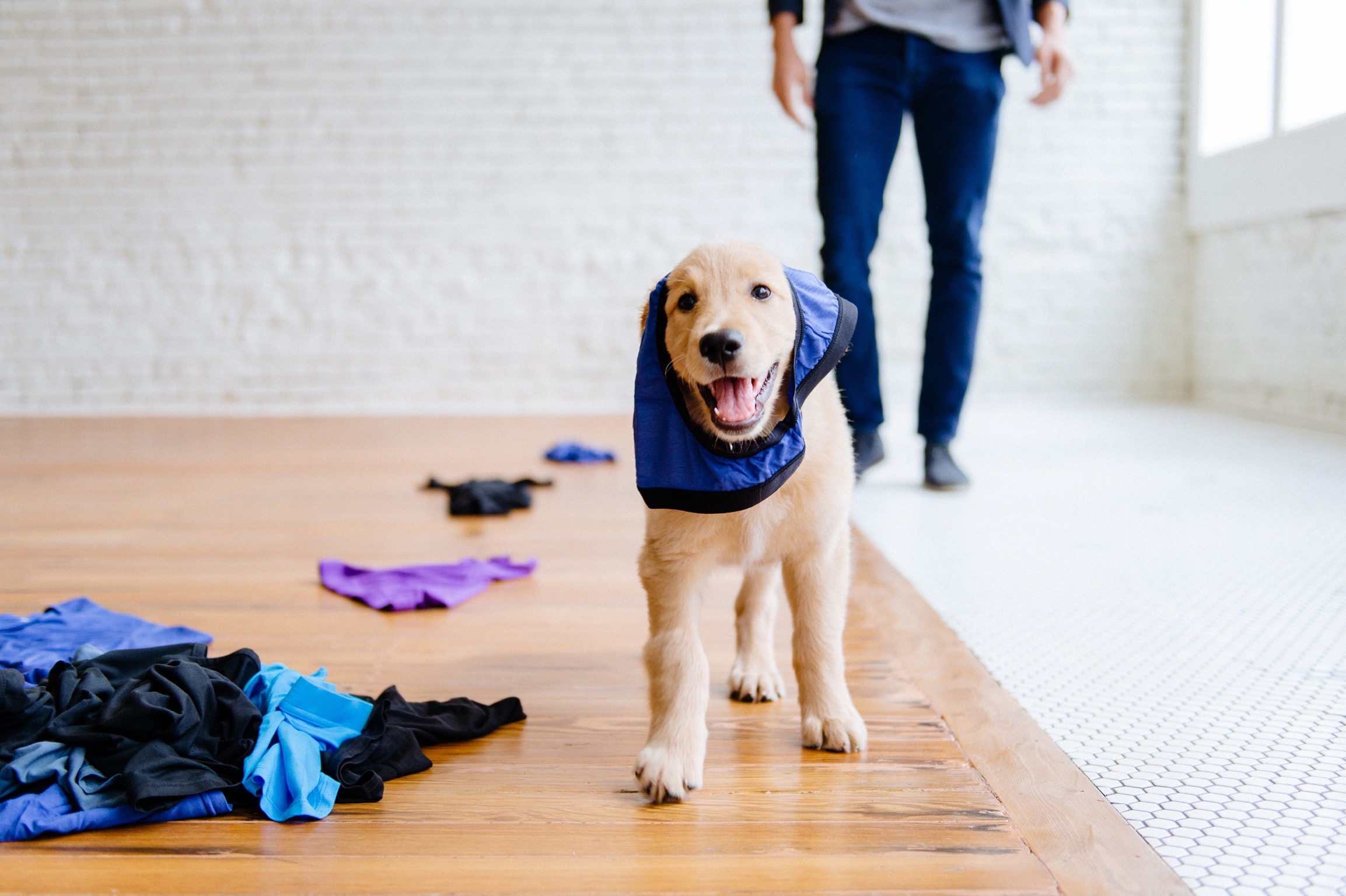 THE NEXT STEP THAT NEEDED TO HAPPEN

After the first Kickstarter campaign came a second, with similarly spectacular results.

That’s when Miguel did something that, to the average person, might sound completely insane. He took his entire life savings and invested it in buying enough inventory to last him for the rest of the year.

If you think that was a decision that gave him pause, think again.

“When you’re confident about a business model, you will have absolutely nothing holding you back,” Miguel says. “I saw the [first] Kickstarter, and it was a huge pre-order. So all I thought was, Okay, execute that. When it came to the second Kickstarter, it was another huge pre-order, and I decided, Okay, I’m going to not only fulfill this pre-order, but I’m going to buy 1000X times more inventory for the rest of the year. If I hadn’t done it, I would have just been fulfilling that Kickstarter and waiting for the next one to happen.”

In other words, for Miguel, the math was simple: “I thought, Okay, these things are selling. The eCommerce works. I have a beautiful brand. I have no problem making this huge purchase. I went to the bank, I made a wire transfer, I went to China. I was not thinking about it, really, to be honest with you. It was just the next step that needed to happen.”

Then, Miguel says something that probably sounds familiar to a lot of Founders: “It might be that I’m crazy. But I like to think that I’m doing something reasonable.”

All of this brings us back to today, to Miguel’s apartment, where he’s fulfilling orders and starting to think about what comes next Comfortable Club.

“I can easily continue life as it is right now,” he says. “But if I’m serious about growing and turning this into something life-changing — even more life-changing than it already is — then I really want to scale.”

Miguel knows that at the rate he wants to grow, his days of running Comfortable Club as a one man show are numbered. When the time comes to add to the team, he’ll be prepared. He’s taking the same systematic thinking that went into designing every other aspect of the business, and applying it to HR as well, writing detailed manuals for every position he knows he needs to hire for.

Other than that, there are the customers, many of whom are coming back around for repeat orders — and sending Miguel emails to let him know just how much they love their ridiculously cozy underwear.

Some of the emails get a little weird. (“It’s underwear,” Miguel points out, unbothered.)

When I ask for an example, Miguel pulls a recent one out of his inbox.

“These things are fricking amazing,” it reads. “My ass and crotch feel like they are being hugged by an angel dressed as a puppy.”

It’s hard to argue with a customer response like that.