Some of the most interesting startups are the ones that appear to be simple from the outside but, when you lift the hood and look inside, are actually incredibly complicated and technical.

That’s definitely the case with BREWPUBLIK, the beer subscription service that is really basic, at least from the consumer’s perspective. All they have to do is tell BREWPUBLIK what kind of beer they’re into and new beer suited to their taste appears on their doorstep once a month. It’s like magic!

BREWPUBLIK founder Charlie Mulligan says that it’s not magic that brings those beers to happy customers in Charlotte and Raleigh, North Carolina (and soon to other cities in the US): it’s data science. He and his team have crafted their own proprietary “beergorithm” that helps them determine what new beers their customers will love.

I spoke with Charlie to find out how, exactly, the beergorithm works, the biggest challenges they’ve faced as they fight to get their startup off the ground, and what keeps them going, despite those challenges. 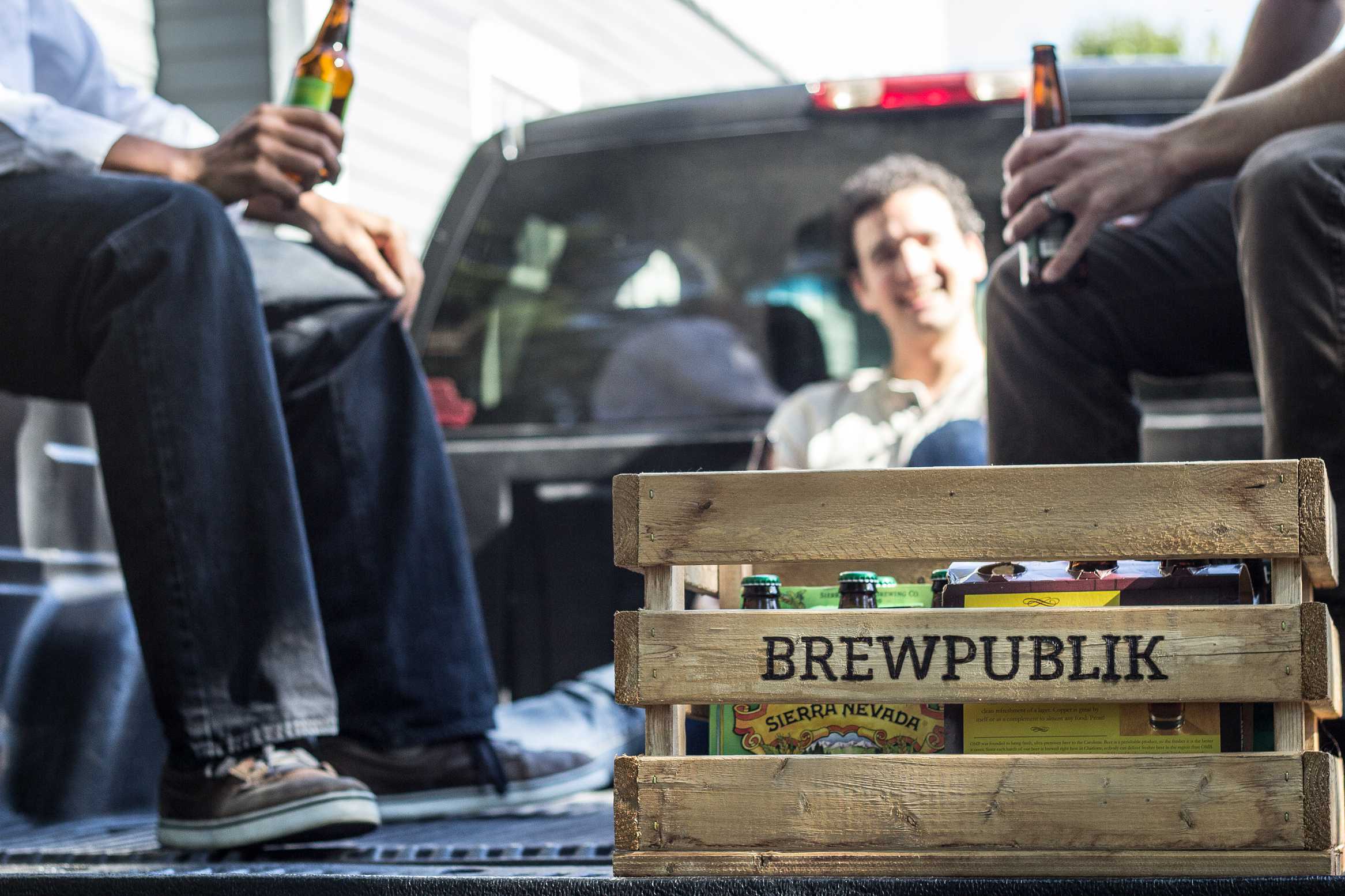 Tell me about the beergorithm. What goes into determining which beers your customers will love the most?

BREWPUBLIK is just like Pandora for beer. Remember the Music Genome Project? Remember how cool that was? Well, we do the same thing. We have broken down every single one of our more than two thousand beers into a set of characteristics that describe exactly what the beer tastes like, smells like, and feels like. Then you tell us what specific beers you’re a fan of. We make the details of those beers with our beer database and — hallelujah! — you get amazing beer perfect for your tastes.

Can you talk a little bit more about the specifics of developing the beergorithm?

Well, there was quite a bit of beer drinking in the beginning — Zach and I populated the first 600 beers ourselves over the course of a few months. It’s a much more iterative process now: We receive beers all the time from our brewery partners for our beer team to evaluate.

The real secret is how we take all these data points and match with the “desirability curve” — i.e. the “six degrees of beer separation” that we’ve seen you’re likely to enjoy once we know your favorites. Each person obviously has their own curve, which is why the beergorithim learns as you rate beers. Then it’s super fun data science that determines how far we can diverge to introduce you to new tastes while keeping you from “Eww!”

What have been your biggest challenges in your startup journey so far?

Balancing growing quickly with making the right decisions for the business and not leaving your first customers — and employees — behind. We’re a year old. We’ve had three thousand people as members of BREWPUBLIK. We’re in three different timezones. But every single member wants (rightfully) to be treated like someone important. That’s so crucial for us — and difficult.

Also, coping with and adjusting to mistakes. I’ve made some big ones. And that can be very difficult to accept as a founder. I hate it when my mistakes affect others. But I’ve had to admit my shortcomings so many times. It’s a gut check every time.

What kind of mistakes?

Our very first hire was a mistake! Not really a fault of his, it just turned out that I had ignored some very big reservations he had about being on the team and instead tried to shoehorn him into something that wasn’t a fit.  He was supposed to be our CTO and we had to start all over.

Additionally, one of our first three cities that we expanded to actually had a really big legal provision outlawing some parts of our business model — whoops! Although we had external counsel review everything (or so we thought), we had missed something obvious.  Fortunately, we hadn’t hired many people in that city yet, but I had to lay them off. That sucked.

Why do you keep at it, despite the challenges?

What advice do you have for other founders?

This is especially for founders who aren’t in New York or San Francisco — just do it! Outside of those places it’s not always cool or expected to risk it all and launch your company. But you have to! Dreamers with big ideas are who move the world forward into the future. So, if you have an idea, start building it! Test it, examine it, and launch! You’ll learn so much more, success or failure, than you will in a million years with a “safe” job. So be the groundbreaker. Seriously.