How Innovative Marketers Are Outsmarting Fragmentation in E-Commerce

We sit down with the Founders of Rhone Apparel and Onnit to discuss how they're outsmarting fragmentation in the retail e-commerce space.

There has never been a better time to build an online retail business. For one, shopping landscapes are becoming more fragmented. What that means is that big conglomerates are in danger of losing customers.

And where are those consumers going? 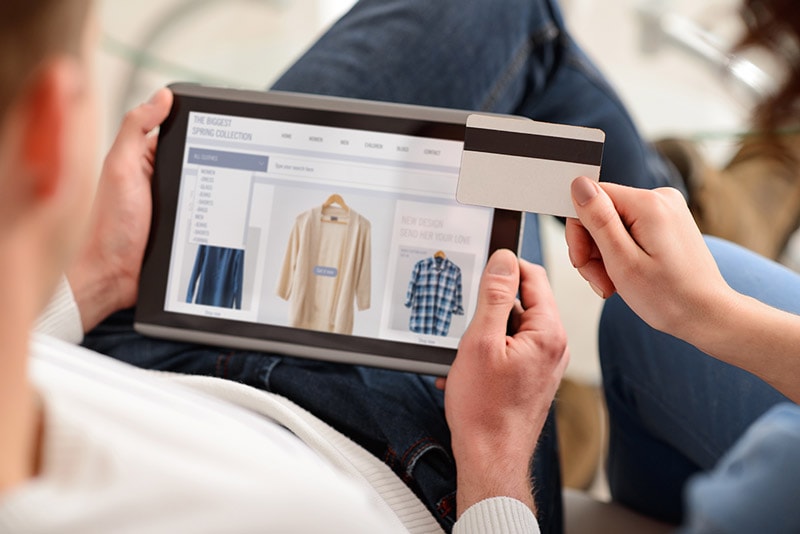 In the coming years, economic researchers expect e-commerce fragmentation to increase in momentum—which means that if you’ve ever dreamed of launching your own e-commerce store, the time to start is now. Fragmentation means lower barriers to getting started and an increased ability to reach customers who will love your store. The market dynamics, opening doors for new ventures to compete with established giants, are dreams come true for founders with big visions but minimalist resources.

But how can early stage founders navigate the convoluted, complex journey from getting started to product/market fit and eventual growth?

Both brands started with modest marketing budgets and relied on their value propositions and caliber of products to “sell themselves.”

Both companies evolved into eight-figure ventures in less than five years.

Beyond bringing something new and needed to the market—in Rhone’s case, high quality men’s fitness wear and in Onnit’s case, brain, workout, and health supplements—both companies depend on steady, predictable traffic acquisition to grow their ventures.

And both companies, while reaching similar markets, have taken, in some ways, opposite approaches to make the most out of minimal marketing investments.

We interviewed the founding teams at Rhone and Onnit to learn the traffic acquisition drivers that have been most essential to their growth.

Here are 3 powerful tips that any company of any size, stage can apply.

It’s hard to imagine that Rhone—a company that during its first year of business was voted by GQ as having the best odor-fighting shirt—had $0 in advertising budget when they launched.

In actuality, it was this minimalism that fueled Rhone’s initial growth spurt. From day one, the company was committed to collecting customer data and reinvesting that knowledge into its traffic acquisition operations.

This approach has helped the company grow sustainably and develop predictable traffic acquisition patterns. Rather than wasting resources on running campaigns that may not have converted into customers, Rhone studied their potential-best customers’ shopping habits first.

“Our small size is an advantage, not a disadvantage,” says Nate Checketts, founder at Rhone Apparel explains in an interview. “The way that we do that is by shipping much faster than big companies can. They move like big cruise ships, whereas, as soon as we collect data, our teams can immediately act upon it.”

To build high-converting campaigns, Rhone collects data around the following:

The goal is to prevent unintentional financial drains from attracting website visitors that don’t buy. A $0 initial advertising budget forced Rhone to figure out their highest potential customers first.

By targeting these audiences, Checketts and his team created a more efficient marketing program off-the-bat, helping stretch their valuable yet finite resources further.

“We did a lot of surveys and potential customer interviews,” says Checketts. “We also looked at our own shopping behavior.”

Before spending any money, the Rhone team had qualitative and quantitative data to inform the development of their advertising campaigns.

“You can start making more accurate predictions when you have free-to-obtain data about your customers,” says Checketts. “It’s worth it to put in the work upfront.”

You can learn Rhone’s story about how they opened to $80K in sales with $0 in advertising in this podcast with Shopify, here.

Tip #2: Recognize that You’re Likely Over-complicating Things, Even When You Think You Aren’t

Aubrey Marcus first thought of Onnit in 2010 when he was running a marketing agency.

“Really, to be honest, I was not very good at it,” says Marcus. “I went into e-commerce not really knowing what the hell I was doing.”

Working with clients, he developed an intuitive grasp of branding and how people might find value. But he didn’t understand the “rules” and “systems” around how e-commerce worked and how traffic acquisition may play a role.

“Eventually, I started to figure it out a bit to start my own movement and brand that could be of service to people,” says Marcus. “For seven years, I started learning, making mistakes, and having a few successes. Rather than sell someone’s products that I didn’t necessarily believe in, I decided to create my own and use the skills that I had accumulated to do so.”

Onnit’s traffic acquisition starts with a fundamental philosophy: the company is an “experience” rather than an e-commerce store.

Marcus explains that Onnit is a movement that gives people the tools to be a little bit better each day. What the store sells extends beyond nutrition supplements.

“We focus a lot on the body and nutritional principles, supplementation, and how the body moves using unconventional fitness tools and mindset practices,” says Marcus.

This simple vision was challenging to execute from a marketing perspective. So they pursued a few low-cost customer acquisition strategies that were aligned with one of the most timeliness principles of marketing—that word of mouth is a timeless force. It’s a magnet for attracting fellow people.

But even “simple” marketing became complicated.

Marcus and his team quickly realized that marketing is more than a sense of tools and “best practices.”

For instance, the company designed a quiz with an intent to attract customers and create a referral ecosystem. Many e-commerce companies perceive this technique to be a low-hanging way to attract people to a strong value proposition.

“It was too unfeasible and unrealistic for us to built,” says Marcus. “Ultimately, all of that work, hundreds of hours in creating this idea, became a lesson. And you move on.”

Tip #3: Build Up to an Overarching Strategy

Every minimalist, early-stage marketing plan is a step towards an end goal. Flash forward to the point where Onnit is an eight figure company.

“What’s surprising is how fast the game changes now,” says Marcus. “I think it’s with the changing algorithms, the competitive nature, the marketing game is evolving incredibly quickly. A campaign that’s working with the right balance of ad copy, imagery, funnel alignment could easily become defunct in two weeks.”

It’s not worth chasing algorithms, he says. Instead, focus on creating value.

“Customers will give you value in the form of value in exchange for the value that you provide,” says Marcus. “That’s a platform-agnostic concept. Our marketing is always moving but built on strong foundations of maximizing value to our customers.r”

“We utilize all the mediums we can,” says Marcus. “We run into failures. It happens. We need to move on. But if we get stubborn and keep trying to push an idea, we stop listening to what the market is really saying.”

That’s the bottom line. Choose tools that are additive to an overarching strategy and help you learn about who your customers are, what they care about, and what matters to them.

The Onnit and Rhone stories speak for themselves.

Ritika Puri is the Co-Founder of Storyhackers. She is a sociologist who writes about interesting people, processes, and ventures. Additionally, she is building a mixed martial arts curriculum.