Business Decision Making: Be a Dictator 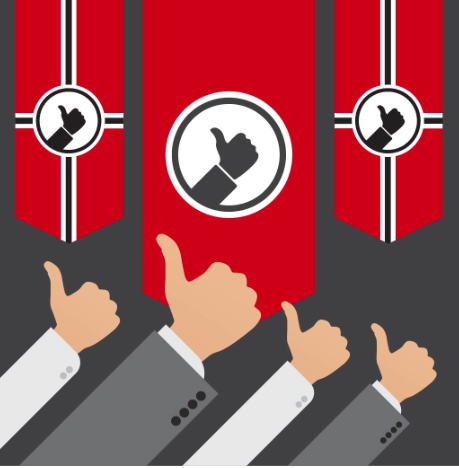 1984. A novel that probably most folks were forced to read begrudgingly at some point or another while attending english class (also begrudgingly). As a millennial, I can see among my peers that there’s an undercurrent attitude of irreverence towards the old ways of doing things. It’s like we have some weird anti-establishment angst that we just never grew out of and carry with us wherever we go.

A lot of it is just mob mentality — out with the old, in with the new! Down with bureaucracy! Big brother is evil! Overthrow the tyrannical parents!

Attitudes like that, coupled with the enormous success of the irreverent celebrities of our time (think Zuckerberg with his refusal to wear suits) makes us want to do things differently, even if different may not necessarily be better.

It’s no surprise then that the hot new corporate thing is no managers, flat hierarchy, and specifically, democratic decision making. Everyone in the company gets a say in the direction of the company because it’s the right thing to do. It’s fun, motivating, and productive. Cool companies do it, so we should do it too!

I think a few too many people have drank the Valve Koolaid, and we need to re-examine our assumptions. Let’s look at the macro picture for a second, and first examine what the ideal world order should look like.

The world isn’t perfect, and humans are flawed

Put it this way. If God were in charge, (aka someone who will always make better business decisions than anyone else ever could) people would have no problems with a dictatorship. In fact, you would never want to have a check or balance in place for that person, because he or she would always be right, and having any sort of process in place would only slow that person’s decision down. It’d be like children voting on whether their parents should let them eat candy, where the best choice would be to let them. Naturally.

A dictator by definition, is a person with absolute authority who governs in an autocratic system. What’s so bad about that, unless that person may not always make the best decisions?

Of course in real life, the people running our countries, companies, and organizations don’t always make the best decisions. What a shame.

Seeing as we don’t have any perfect people lying around, democracy is sometimes put in place in organizations to make sure the best decisions are made. It’s a great idea, when everyone’s business decision making abilities are equal, and b. time is not a factor. Unfortunately, neither of these is ever true.

Not all decision makers are made equal

Sorry, they’re just not. There’s a saying that goes “two heads is better than one”. I think it’s true for the most part, because the knowledge & experience of another person can certainly help shed more light on a problem. Person A may not have considered factor x/y/z that person B brings to the table.

However, when it comes to making a decision and A & B are both fully aware of the facts and have differing opinions on what to do, they reach an impasse. At that point, the democratic option would be to just argue it out until both people are bloodied in the face and finally agree on one person’s point of view.

First off, that’d take forever. Secondly, it’d most likely be ended based on a personality difference (one person is just willing to accept the other person’s decision even though they disagree) rather than which decision is actually better.

I’m sorry, but not all of you make the same quality of decisions

The destroyer of decisions

Ego is the big player here. It’s part of our millennial angst to think that everyone is equal (in business decision making) and therefore everyone should have a say. Eric Ries argues a similar point in the approach to starting companies — that the future is ultimately equally unknowable to everyone, and so the only way forward is to throw darts at a wall because anyone in the company could have a breakthrough idea.

While I don’t disagree with that fact — I think it’s much more likely that certain individuals will come up with breakthrough ideas than others. Call these people Peter Thiel’s “definite optimists”, people who actually think that they know what the future should look like.

That’s why we have CEOs at companies. As I work at my current startup, I would hope that the CEO has a better ability to prescribe a definite future than anyone else in the company, including myself. If I thought I would make better decisions and have a greater chance of coming up with the best ideas, heck — I should be CEO!

But I know my position — and I genuinely don’t think I would make better decisions. Therefore whenever I disagree with our CEO, I defer to what he believes is the better decision. Not because I think he’s necessarily correct, but because I think his experience, knowledge, and intelligence are more suited for the task than my own. My part is to lay out the facts, and if all we differ on is opinion, then no harm done.

Sometimes a little humility can go a long way, and to be honest it can often be in short supply for our generation.

Here’s the danger in running a democratic decision making process. I know, I hate math too, but bear with me. For a decision, if 4 out of 10 people vote yes, and 6 vote no, the no cohort will win the decision. But, if the 4 who voted yes actually have 50% better judgement, then the wrong decision will have been made!

Think about it — you wouldn’t run a household with a democracy. I mean you could.. but it would probably mean borrowing money to fund candy expeditions. Depending on how many kids you have to out vote you anyway.

Time heals all wounds, but also kills all things

The military is the oft used example for the ultimate autocratic organization. If a superior issues an order, it’s carried out — no ifs, ands, or buts. No questions on the logic, no debate over the alternatives. Some people argue that it’s tyrannical! It’s too much power for one person!

Possibly. And especially since humans are prone to corruption, those concerns are valid. However, seems to me that’s much more a problem of people than it is a problem with the system in place.

The system is in place because of a reason — time is not unlimited. If the President (having command of the US military) came up with an idea and sought the feedback of every other person in the military — it’s very possible that idea would be improved upon. Heck — a junior recruit could potentially have an idea that nobody else considered and would be a better decision than the one the President would make. 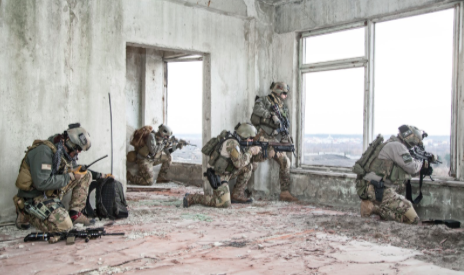 I’m sure someone here could have a great idea. Is this the best time to have a huddle and crack out the stickies though?

The trade off though, is that the time it would take to actually solicit feedback from every member of the military would take so long that the value of the decision would be completely lost. The enemy would have already arrived on the doorstep, knocked the door down and helped themselves to a cold one while plundering your collection of Disney movies. The horror!

That’s why the military is structured that way, and also why according to some CEOs chefs and soldiers make the best product managers. You simply don’t have time to consult everyone on your decision, so you need the person who’s most likely to make the best one given incomplete information and insufficient time.

When we look at business or politics, we think “that’s the military, not us.” Not true. From a startup’s perspective — speed is probably your greatest asset, and speed is comprised of two parts: speed of decision making, and speed of execution. Everyone focuses on the latter, few put enough effort into the former. You want to consult the whole company on decisions? There go your Disney movies, and along with them your business’s success.

Of course, the moral of that story though is that you’d better have the right person in charge. And if the person has a high frequency of making poor choices, then maybe he or she isn’t the right person for the job.

I’m not arguing that the person in charge shouldn’t solicit feedback. If the dictators are smart they would know where they lack wisdom, and seek out help as they see fit. However, because not everyone’s business decision making ability is equal and time is not infinite, leaders should be able to act unilaterally without having to pitch to a group and wait for a majority vote.

Apart from military and corporate, this concept isn’t as lost in politics as you may think. The executive branch of the US government is designed to be a dictatorship. The President, save for getting more money from congress, can direct any federal agency to essentially do whatever he or she thinks is best. 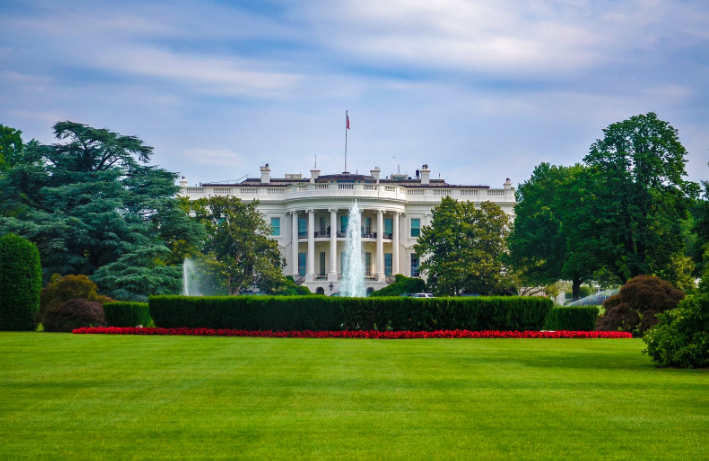 Believe it or not, the pinnacle of the free world actually has a branch that operates like a dictatorship.

That’s entirely by design, as the original law makers understood that congress can be really slow. If there’s a national crisis, the executive branch can act immediately without congressional approval.

Folks may argue it’s too much power (and they do), but I think that’s more of a problem of who’s calling the shots, versus the fault of the system itself (because of the reasons I talked about).

There’s nothing wrong with being a dictator. Don’t beat around the bush if you’re in charge, making people feel like they have a say when they don’t and shouldn’t. Likewise, discard your ego as an employee and understand that if you make good decisions, you will be the decision maker one day. For now, respect that someone may have better judgement than you.

On both sides of the table, respect the other party and where they’re coming from — and accept that there will be differences in opinion.

After all — it’s not personal, it’s just business.

Said the 6 year old kid to his mother.

Regardless of opinions, I think everyone needs more facts. All too often opinions are formed based on incomplete information, which is why I’m trying to build Scoops, a product to solve that.

Chris loves long walks on the beach, eating raw fish and cooking his eggs sunny side up. He scares pigeons, likes to build products, is allergic to grass, and would like a new computer. He sings to Tony Bennett and plays poker with real chips, though he's not particularly good at either of them.