Founder Sacrifice — At What Point Have I Gone Too Far?

"I know startups are all about sacrifice, and I get that, but at some point is there a limit that's just too much? What if I wind up creating more regret than success? How do I see the signs before it's too late?"

There is absolutely a point where the cost of building our startup is simply too high.

The problem is all of our startup lore tells us otherwise. When I talk about building my new startup I talk about not taking a vacation for 7 years, not seeing my family for 3 years, and eating nothing but Ramen Noodles for a decade.

OK, the last part isn't true, it was Chocolate Pop-Tarts dipped in Nestle Quick (I was living big all along!)

We've built a culture around respecting the sacrifice, which is only somewhat helpful. What's dangerous is when we wind up taking it too far. How far is too far? That's the $0 question.

The Hard Truth of Being a Founder

One of the most difficult things about being a startup Founder is that you have to be willing to sacrifice everything. At least that's what they want to you to believe, and in many ways, it's true.

But being willing and actually doing are two totally different things here. There has to be a limit otherwise we will all burn out and nothing would get built.

But isn't This Just Part of Startup Life?

The Startup Life is an extreme version of the American Dream. It's a land where you can build a business from nothing, where you can create something out of nothing, and where you can become rich and famous (if you're in the small percent that does — after all, not everyone can be an Elon).

But it's not just about money and fame. It's also about following your passion, doing what you love, being able to work on your own terms, and building something that will last long after you're gone.

This is why we do it. The startup life represents freedom, independence, and control over our destinies. It's not just about making money. It's about making something lasting and meaningful — something that will change the world for the better in some small way or at least make people happy.

But there are sacrifices required for this life. We have to give up stability, security, and benefits from the traditional workplace — things like health insurance and retirement plans are completely out of reach for most startups (look at any company's financials). We also have to give up all kinds of other things: sleep, free time with family or friends (or even alone), weekends off — pretty much anything that takes away from working on our companies full-time. 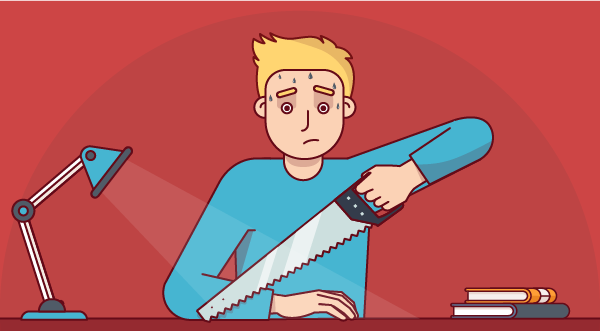 At some point during your startup journey, you will have to face the fact that you are going to be responsible for a lot of things. And some of those responsibilities will feel like sacrifices because many of them are.

You may have planned for it from the beginning, but you will still have to deal with problems and issues that come up along the way that are unexpected. And some of them are not going to go away easily. This can build up and be damaging to the growth of your startup, and worse, your own health and wellness.

When you have taken on too much responsibility for your startup, it's time to take stock of what needs to change.

How Much is Our Physical and Mental Health Worth?

Invariably the first casualty of sacrifice is our health. It comes as the perfect trifecta of destroying our mental, emotional and physical being — pretty much all at once.

When we're young, we tend to overlook the physical toll this takes because our bodies may not have gone into a full-on revolt, but as we get even a little bit older (30s at a minimum) that goes away quickly. I was well into my late 30s when my heart stopped beating altogether (that actually happened), and I realized I had pushed too hard.

Yet the mental and emotional toll comes much faster at any age. Being depressed and anxious is almost simultaneous with being a Founder. I don't know any Founder that doesn't have some sort of mental health issue. Yet more importantly, we assume that these issues are "OK" since it happens to everyone. It's not OK, and what we're doing to ourselves is not OK. Panic attacks are not OK.

Should our Relationships be Sacrificed?

Two big parts of maintaining any relationship are having time and contribution. We need the time to see our friends or loved ones, and we need the mental capacity to make a positive contribution to that relationship. When we're working 80 hours per week and are constantly buried in stress — we're doing neither.

It's no wonder so many relationships implode through building a startup. You don't ever hear a Founder say, "Wow, ever since I launched my startup, I finally have so much extra time to hang out with my friends on nights and weekends!"

At which point our startups are directly destroying our relationships without repair — we've gone too far. During all of those years when I never saw my family, you know what happened? I lost touch with all of them. I lost my relationships with my family because I was building my startup. How fucked up is that? 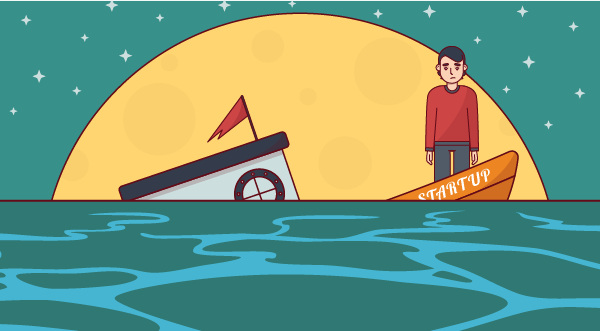 Startup Success: Is it Worth Going Broke to Get Rich?

As if we haven't already sacrificed enough, we'll almost certainly have to not only burn through our savings but create a mountain of personal debt along the way. Even if we wind up raising money, it's usually after we've exhausted any and all of our personal means to get there.

Going broke sounds like a reasonable sacrifice if we're going to get rich — but obviously, most of us never get rich, we just go broke. So how broke is too broke? Before my first company turned around, I was 22 years old with $100,000 in personal debt. That's enough money that I would have never paid off and would certainly have started my career in bankruptcy. It worked out for the best, but it could have easily gone another way.

As a founder, you'll probably go through cycles where you feel like you've lost your way and feel like quitting. Founders often find themselves in a tough spot — they're trying to build a business while also living as normally as possible. While this isn't always an easy task, it's important to remember that every decision you make can be viewed from many perspectives, not just your own.

I've had a lot of conversations lately with founders who have been struggling with this issue. They're building incredible companies that they believe in and want to protect but they're also worried about the toll it's taking on their personal lives.

It can feel like there's no middle ground between being fully committed to your startup and being able to live an authentic life. But it's OK if it takes more time for it to reach full potential — try not to rush things along just for the sake of getting rich now.

Sacrifice may be part of the startup creed, but that doesn't mean it doesn't have reasonable limits. What we need to do as Founders is to identify what our limits are and create systems of accountability for them.

Whether that's putting our remaining savings in someone else's hands ("Hey, Mom and Dad, can you hold onto this for me, so I don't spend it?") or telling our friends and loved ones that we're not allowed to say "No" when they ask to spend time with us — it's addressable.

But the only way to avoid those limits is to set them early and be accountable to them. Otherwise, yes, we will absolutely sacrifice too much, and honestly, it's rarely worth it.