When startups fail, it’s often because they built something that the market didn’t want. Don’t be like that. Validate your idea first.

You have an idea but how do you make sure that it works? And people want to actually buy it? And would want to use your service?

How do you know that you’re actually solving their problems before you get started? How do you make sure that you’re not wasting your time building something that no one will give a shit about?

I say “fairly” simple because none of this startup stuff is that simple or easy, but making sure your idea has some potential of working before you proceed certainly helps. When startups fail, it’s often because they built something that the market didn’t want.

Here are four easy but powerful idea validation techniques to help substantiate the legitimacy of your business idea before you start building it into a full-fledged startup. 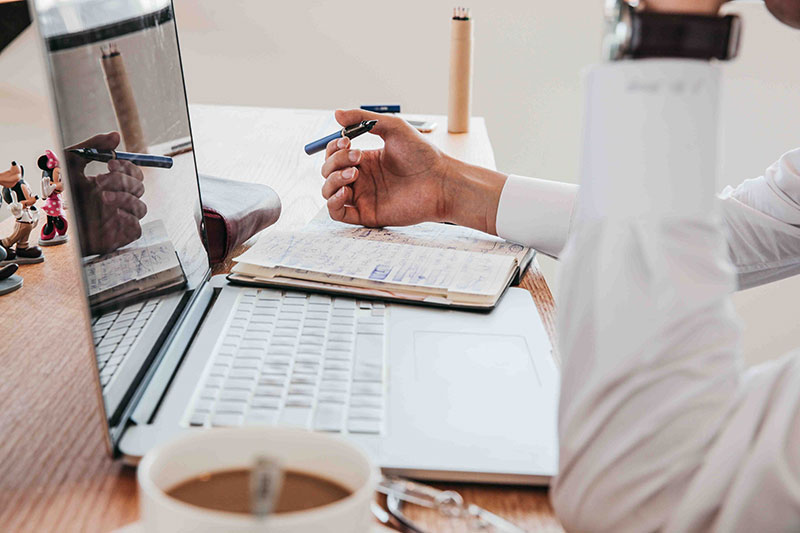 Within Lean Startup philosophy, a smoke test site is one that is just a façade. It looks like it’s a real service, but it’s really just a flat site with no backend, nothing built out, and no real actions.

They can be used easily to track and estimate demand for your business idea, and to help gather contact information for people who may be interested.
The smoke test site is easy to build out. Grab a template from Pixelarity or Themeforest or wherever your favorite template site is, and edit it to look like your idea is a fully built out site and service. Be sure to build out the pricing page too, because that’s an essential part.  Explain your service, the benefits it will provide, and the plans.

The point of this site is to see if anyone tries to buy. And that’s why the pricing page is really important. Add the buttons for people to sign up, and make the clicks on these buttons trackable. The simplest way to do this is to have Google Analytics on every page, and make the buttons link to a page for that plan. Super easy to track and calculate interest. Put a waiting list sign up CTA on that page and say the service isn’t built out yet, but that the visitor can drop his or her email address for a discount when it does launch. You don’t even know yet if you’re going to ever build this out, but it surely doesn’t hurt to grab some email addresses of interested people, and besides, those people could be golden for further customer discovery and validation.

For a personal example, a couple years ago I was interested in building a system to help train student pilots for the written FAA exams, so I built a smoke test site and drove targeted traffic in order to gauge interest in the service. I set up three pricing tiers, and saw that most people clicked on the order button for 2 years of the service, with a reduced price for paying up front. I built a list of interested people with the site, too.

A domain is cheap, and a template is cheap or free, so a smoke test is a very affordable way to help determine interest in your idea.

Want to go a step further? Add live chat to your site, and man it. If you actively get questions from visitors, you’ll know you have interest, and what questions you get and the conversations you have can help shape the direction of your service. Use this for an opportunity to do more customer discovery.

Also, you could also use the Startups.co service, Launchrock to try to see if you can get any customers prior to the launch of your potential startup.

Validation Technique #2:
Simple one page site for a waiting list

My friend Colin did this beautiful when he wanted to gauge interest in his idea for Equity Directory. He built a Typeform page and ran traffic to it with Facebook ads, and saw that a high percentage of traffic was interested in either working for equity or hiring in exchange for equity. Without spending much money or time, he knew he was onto something, and the idea was being validated.

Besides Typeform, you could use Leadpages, carrd, Strikingly, or any number of tools to quickly and easily build a one pager to see what kind of response rate you get. Simply having a sign-up form with trackable metrics will let you know what percentage of visitors are interested enough to give up their email address in exchange for an invite or more information.

If no one signs up, either your idea or your presentation of your idea probably sucks. Reformulate and try again.

Something I’ve done before is running targeted surveys to try to get feedback on an idea to validate it, or learn how to improve it.

The tricky thing about surveys is that you really have to pay to get them filled out. Every time I go to Home Depot, I get a receipt that says I can take a survey for a chance to win $5,000 worth of goods at Home Depot, which sounds awesome, but I still don’t bother to take the survey, because I know I probably won’t win ever. So I don’t care. And most people don’t want to spend their time filling out surveys, but they’ll do it if you reward them.

If you’ve started to build up a mailing list for your idea, or you have a mailing list from another project with a relevant audience, you could entice them to take the survey with a reward, whether it’s a small Amazon gift card, free access to your service, or help promoting something of theirs.

You could also find people to take your survey on demand with a service like Survey Monkey, or (full disclosure, my service) Userinput.io, both of which let you specify demographics, which is key if you’re targeting certain areas or industries.

WHERE TO GET TRAFFIC ON DEMAND…

Of course, if you get a domain and build out a Smoke Test site, or a landing page, your traffic is going to be at or around zero people. And you can’t learn from that.

You need to bring in traffic but you also need targeted traffic that has the ability to be interested in your offering. You also probably don’t have much money to spend on buying traffic. So where do you turn?

Here are a couple of my favorite sites to get traffic:

Reddit – Reddit ads are super cheap and highly targetable. There’s a subreddit for just about everything, and you can run ads on any subreddit, plus you can target by interest as well. I get a CPC of around five cents usually. And if no one clicks your ad at all, that might be a sign that your idea isn’t that interesting to the audience. Also, the ability for Redditors to comment on paid ads is also a way to get feedback, although it can be nasty.

StumbleUpon – More expensive than Reddit ads, I was seeing a CPC more like $0.17 when I used it to drive targeted traffic to the Smoke Test page for the pilot training service. Target by age, gender or interest.

And there are of course the more obvious ad networks, like Facebook, and Google, but their popularity and structure can make them pretty expensive, even if you don’t get any clicks.

Bing ads can be very affordable, and if you’re familiar with Google’s ad network, Bing looks like its doppelganger.

If you’re feeling a little risqué, PornHub’s ad network, Traffic Junky, actually has a really well designed ad system, and you can get a ton of clicks for very cheap, like $0.03 CPC, but I’ve never found that traffic to convert. But if you’re in any sort of related market, it’s worth exploring. But keep in mind that irrelevant traffic could screw up your data.

So, there you have three ways to validate an idea with websites, but how about a fourth way, a bit less technical?

My sales hero Steli Efti taught me about the phone method, which is brilliant in its simplicity.

Yes, cold calling sucks entirely and if you do it very long you may end up jumping off a bridge from depression, but hear me out on this one…

If you want to see if people would buy a certain idea, just call them and see.

This works especially well for B2B ideas, and it’s how Steli helped validate the idea for his sales management software, close.io.

The method is simple, call people who would be your prospects if your idea was built out, tell them about your service while pretending it’s already real and available, tell them all the benefits they’d get from it, and see if they would buy it. Try to close them on the phone.

Take their questions and learn what they’d want from the system. If they’re willing to buy, you’re onto something. Even if they’re just interested, you’re probably onto something.

See if you could get their credit card info to sign up on the spot.

Because payment is the ultimate validation.

Stuart Brent is the founder of userinput.io, a service that provides on-demand feedback for websites and business ideas. He’s a dork and actually really into feedback, and happy to help you form the best questions for your own surveys.