3 Steps for Faking It Right to Make It Big

So much of business is perception, so entrepreneurs need to employ a few (ethical) shortcuts to impress the right people on the road to success.

Never before has “fake” been such a household word. But not all “fake” is bad. For entrepreneurs starting out, the right version of “fake it until you make it” is exactly what they should be doing.

An entrepreneur who “fakes it” is someone who takes on challenges even if he has no idea how he’ll solve them, such as accepting an order from a large client without knowing how he’ll get the shipments from China.

That’s the purest form of “faking it,” because it’s aligning his mindset with what he desires while still operating within his means. It’s also biting off more than he can chew but always following through and delivering in the end. 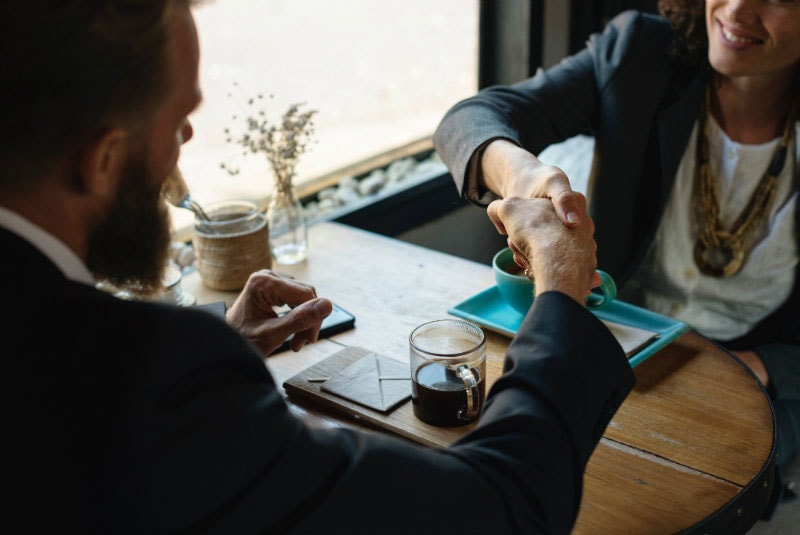 Ultimately, entrepreneurs who don’t push themselves and “fake it” are the ones who aren’t going to make it in the real marketplace.

It’s natural to wonder why one should fake any aspect of his business behavior. Isn’t that how Enrons happen? True, but innocent “faking it” is an excellent strategy for entrepreneurs.

Because life isn’t fair and competition is fierce, those who get ahead in business are the ones who employ hacks and shortcuts — albeit ethical ones — to combat the inevitable marketplace challenges. So much of business is perception, where confidence (or the lack thereof) in partner can dictate success.

Entrepreneurs simply can’t succeed while presenting a “loser” facade, even if they’re not currently or technically a winner. But there’s a real difference between buying those Instagram followers, likes, and comments and legitimizing yourself in the corporate world by reusing your success, such as reposting that photo you took with a celebrity two years ago.

The trick is to find the proper balance of humility and confidence, neither flashing bling nor groveling for investment. And because timing is everything, entrepreneurs often have to get creative with the truth now in order to fulfill a life-changing opportunity in the long run.

3 Keys to Faking It the Right Way

To become a part of the gutsy but harmless “faking it” tradition, here are three tactics entrepreneurs can use:

1. Fly With Eagles (Even if You’re Still a Turkey)

Surround yourself with those who are further along and more successful in key areas. Creating a strong advisory board before public launch is a great way for a new company to boost its image.

Just don’t fake the board itself — make sure the members are authentic and pledged to your cause. Not only will this board serve as a network and a source of guidance, but its members’ reputations and auras of success will rub off, making you seem like one of their crowd.

At my company, for instance, we built an advisory board of heavy hitters from the start to accomplish key goals: funding, relationships with clubs, and revenue streams.

Relying on my connections to tech all-stars and my partner’s vast network of nightlife moguls, this board gave us immediate legitimacy well before we deserved it. By using this advisory board, we were able to negotiate deals and accelerate forward until our “faking it” became a reality.

Positive associations need not only come from advisory boards, though. Because of my writing for publications such as Forbes and The Wall Street Journal, people have confused me for having been featured by these publications. Writing for Forbes is night-and-day different from being featured (which would require a much greater net worth), but mere association has desirable effects.

2. Get in Over Your Head

Jump into things before you’re fully prepared or start jobs without any experience, as long as you’re certain you’ll bulldog through to completion.

Bill Gates and Paul Allen instigated the world of personal computing by claiming they’d already written a Basic interpreter for the Altair computer. They hadn’t, but in a make-or-break upcoming meeting with the then-president of a company called Micro Instrumentation and Telemetry Systems, and even with no Altair to write the program on, they managed to crank out the code. And the rest is history.

People assume when they see someone in a demanding role that the person has the commensurate experience. Like Gates and Allen, use that assumption to your advantage.

You can leapfrog years of the corporate ladder this way if you’re committed. Even better, as the founder of a startup, you can take on new challenges and new roles previously unavailable to you in an established company.

3. Fake It Aesthetically and Personnel-wise … on a Budget

This tactic can be tricky, but it’s the most practical and the one so many entrepreneurs get wrong.

Start with yourself. Dress (and drive and live) for success, going for savvy and chic, not lavish and opulent. Consider the number of startups that went defunct during the dot-com bubble of the 1990’s because they wasted money on swanky offices with a flotilla of Aeron chairs.

Instead, you want business contacts to think you could’ve spent more but are focused on higher priorities, like creating an astonishing product and being an ethical and frugal person.

As for your team, hire the right size from the start. Startup unicorns can be built by one- or two-person teams and catch investors’ eyes if those people are all-stars.

Microsoft is such an example. Even if you want to spread the work out a bit more, you really don’t need more than six people, so why pay dozens of salaries when you can get the job done for half that.

With the new year approaching, stop downplaying your company or your strengths as an entrepreneur, and exaggerate a little. Faking it begins with believing in yourself enough to know that today’s reality is not necessarily tomorrow’s verdict.

So hobnob with those who make you look good, take on more than you can handle while making sure you get it done, and look the part. By creatively adjusting the perception of your business, “faking it” will soon transform into the best real story of the entrepreneurial world.

Gideon Kimbrell is the co-founder and CEO of InList.com, an app for booking reservations at exclusive nightlife, charity, and entertainment events. Based in Miami, InList provides service for events around the world.