In the startup world we’re used to hearing about billion dollar outcomes and massive exits.  We’re all living the dream that our startup might be the one that turns into gangster retirement wealth.  And, chances are, so are the people we’ve eagerly handed stock options to. We’re all hoping for that massive Powerballesque exit.

Base Hits versus Home Runs

We’re all sort of used to a linear return on our career investment.  We work more years, we make more money. Startups are a bit more binary.  We usually make some real money — or none at all.

Therefore, we’re all hoping that the bet pays off exponentially.  We rarely talk about being excited that the bet will pay off modestly.  We rarely hear a Founder say “Boy, if this thing really takes off and sells I could clear $250k — what a dream!“.

Yet, two really important points get lost there.  The first, is that it’s a lot easier to “clear $250k” than it is to make tens of millions or more.  Second, and more importantly, is to understand just how life changing $250k in a lump sum can be. 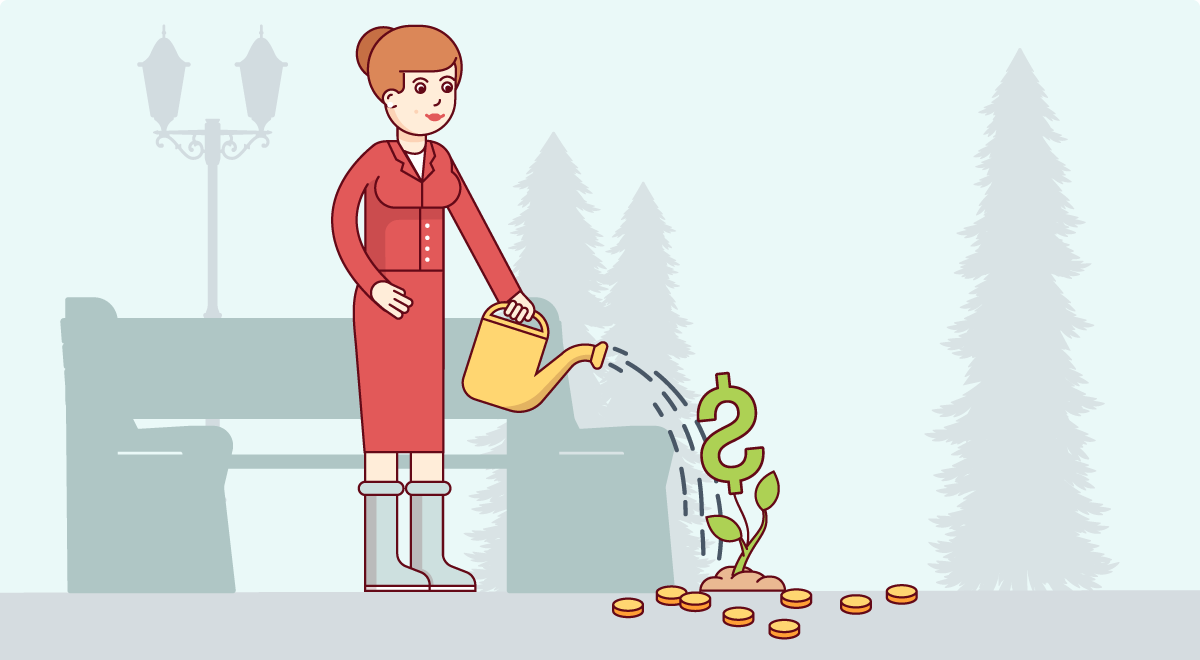 Warning:  Your Mileage May Vary

Before we get into the value of money, a quick caveat.  The value of a dollar is very different throughout the world.  $250,000 may buy you an estate in one part of the world and a cramped bedroom in another.  Please tweak the values to fit your own lifestyle, but understand that we’re not exactly using absolute “to the dollar” values worldwide.

$250k – The Most Impactful Check Ever

Most of our early lives are spent making the least we’ll ever make while buying a ton of shit we can’t afford.  It’s our car, our house, our furniture, and all of the other ways our would-be savings are depleted before they are ever saved.

We’re typically not used to having any other cash left over because our formative years are so damn consumptive.  Yet, if we were to combine all of that spending cash outlay for the first 10-15 years of our lives — we might be surprised how “small” that total figure is.

Let’s say that the cost to put a down payment on a house, furnish a house (it never ends!), and buy a decent car is $250,000 all in.  Even if we saved nearly $2,000 per month for almost a decade — we’d still be just over that amount. How many of us are saving $2,000 per month, especially as startup Founders?  Or folks in their 20’s? If we were to do a show of hands we’d probably see very few hands right now!

That means that if we were handed a (net income) check of $250,000, we would be doing the equivalent of advancing 10-15 years of our lives in one fell swoop.  Literally all of the things we’d be saving for would be “handled” all at once.

I’m not advocating the fact that we should spend every dollar of our windfall. I’m illustrating the fact that an enormous part of our early lives are dependent on a fairly small fixed sum relative to what people in the startup game expect will be “life changing”.

If buying every asset you intended to purchase in the next 10-15 years of your life isn’t “life changing” – WTF is?

$1 million: The Most Life Changing Savings Ever

Now let’s ramp that up a bit.  Let’s say that we have the good fortune to get a check beyond our life essentials of buying a home or furnishing it.

Now, let’s say we have a little cashola left over.

If we were so fortunate to put a million dollars in the bank, our lives would change exponentially.  Yes, we could make some investments and yes we would probably make a small return but something far more impactful happens: we would feel somewhat “safe” — probably for the first time in our lives.

Having enough in the bank to feel safe in life puts us 1000x further ahead than almost anyone ever – especially if we are so fortunate to have that nest egg early in our lives.  Imagine the value of being able to take all of life’s random financial debacles off the table — for-evah.

What’s the value of that? Ask anyone who doesn’t have that luxury and they will illustrate it better than I possibly could!  It’s flipping magical. And if we’re one of the few people on the planet ever granted this amazing luxury, we should be praising the heavens for it, not shaking our fist that it “wasn’t enough”.

$10 million or more:  The Retirement that Never Was

Let’s overlook that the probability of this outcome is so incredibly low it might rank up there with the chances of being in the NFL.  I sincerely hope it happens – and I hope that I’m somehow helpful in seeing you get there — but I want to also talk about the reality of this outcome.

The fallacy here is that most people who are capable enough to have an outcome like that (and are that ambitious) are equally unsettled with the idea of “never having to work again”.  Yes, the benefit is great. But the reality is that most Founders can’t wait to go work again. Especially if they are young.

So the idea that we’re going to “retire at 27” is goofy.  Yes, we may be financially in a good place, but if we’re capable and ambitious enough to get to this outcome, chances are we’re not the kind of person who’s going to be sitting on a beach afterward.  So the “no longer working” argument rarely actually plays out.

What we’re really talking about is the option of not having to work, not the ability to sit at home and play Xbox for life.  So it’s important to distill our goals between what would enable us to have more optionality and what we actually need from “retirement wealth”.

As we set our expectations higher and higher, we know that our probability of that outcome drops lower and lower.  The problem is that at some point our expectations are set so high that it’s damn near impossible to get anywhere. If all we can conceive is a “billion dollar exit” then we’re totally overlooking all of the milestones or opportunities in between.

It’s only a problem when we start to forgo $250k outcomes because we can only see billion dollar outcomes.  At that rate we’re more likely to ever get any benefit at all than we are to hit a billion dollars just because we really wanted it.

I know an awful lot of successful Founders and have done OK for myself, and I can’t point to any of us that knew that their massive outcome was a forgone conclusion.  We are all guessing until we’re fortunate enough to get a big one — if any at all.

One last point before I end this rant.  I hear a lot of people, when hearing about an exit for a Founder or employee say “She didn’t make that much – it’s only $250k” (or whatever the amount).

9 times out of 10 the person saying it has never been handed a lump sum check for $250k.  As a guy whose had the good fortunate to get one – it’s amazing. It’s life changing. And anyone who tries to tell you it’s not enough – hand them a check for $250k and ask them to give it back.

They won’t.  Because it’s enough.