Your ‘Mars Group’ is your company’s secret weapon for long-term greatness.

To build a visionary company, you need to counterbalance its fixed core ideology with a relentless drive for progress.

A deep rumble filled the boardroom. Tchotchkes and Star Trek figurines jitter along the desks and fall to the floor. Instinctively the executives climb under the table for shelter. It’s Seattle, 2001, during the Nisqually Earthquake. To everyone’s amazement, Tom Killalea emerged to retrieve his laptop from the top of the desk, and proceeded to check whether Amazon.com was still live.

If Jeff Bezos had a “Mars Group” — Tom Killalea would be in it. But, I’ll get to that, later.

I’m fascinated by Amazon. Its stock price has risen 6,000% since 2001. Amazon has same-day online shopping — even at Christmas, powers a good chunk of the Internet with its web services and in 2016 won 5 Emmys and was nominated for 11 Golden Globes. Jeff Bezos has undoubtedly build Amazon into an incredible machine. It’s unrelentingly diverse and successful.

When I read the The Everything Store, a book that chronicles Amazon’s early days, it was clear that Jim Collins made a lasting impression on the long-term strategy of the company.

Jim Collins isn’t just the author of the leadership must-reads: Good to Great, Built to Last and Great by Choice. He also runs a management innovation lab in Boulder and acts as an advisor to companies.

In 2001, Amazon was one of those seeking his advice. He was hired to brief the Amazon board and senior execs on the findings in his soon-to-be-released book, Good to Great.

His works aren’t just some hacky buzzwords that fizzle away as fast as they bubbled up. His focus is on the long-term. Each book analyzes decades of data into easily repeatable concepts. There is one that startups only do half-right.

Preserve the core and stimulate progress

Collins describes this as a yin and yang concept. On the one hand, it’s about remaining consistent and true to something for the long term. On the other, it’s about change, improvement and growth.

“This is why some endure as great, and some do not.”
–Jim Collins

When you imagine a thriving startup, it’s easy to recognize dynamic, intelligent and driven groups of people. Change is par-for-the-course. To pivot is to adapt and survive. Goals are huge and stasis is death. That’s all part of “stimulating progress,” and startups are excellent at it.

What startups are not great at is thinking long-term. In particular, focusing on their core elements: their purpose and their values.

“To build a visionary company, you need to counterbalance its fixed core ideology with a relentless drive for progress.”
– Jim Collins

Startups usually suffer from one of two problems: They either don’t have core values, or they do, but nobody finds them relatable.

Only 27% of US employees believe in their company’s values.
— Gallup

Recently I ordered a same-day Amazon order. It arrives in a white van with an Amazon magnet stuck to the side. 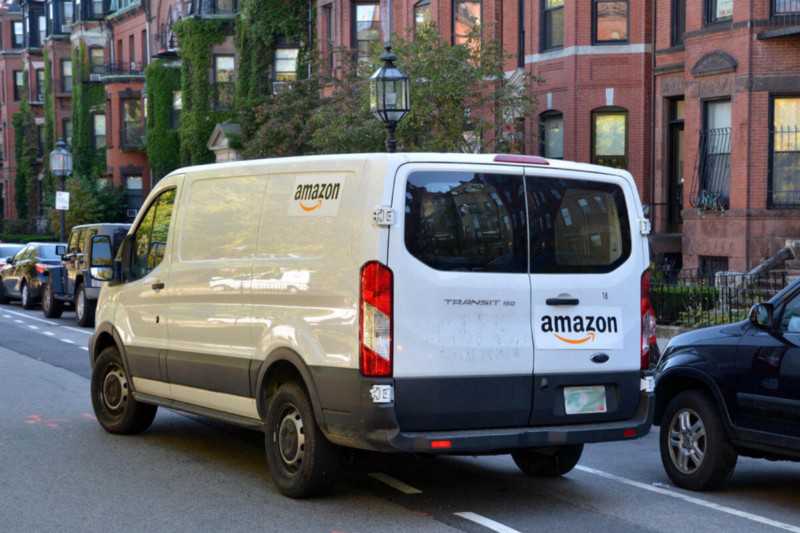 For many companies, this wouldn’t fly.

“It’s just not how we do things here.”

The idea wouldn’t have even been considered. Imagine you were a junior employee and had the idea. Would you bring it up with a billionaire boss, or forget about it and continue getting quotes for fully liveried trucks?

I’m not trying to pitch the idea that more companies should be cheap, or more junior employees need to suggest ideas to billionaires. What I am suggesting, though, is you as a leader, need to create a way to signal to all employees what kinds of decisions are great. As a leader, your aim is to build a machine that operates without you, so you need to create a system, a framework that operates without you. And that’s what a Mars Group does; they create your guiding principles.

Many decisions and actions are reversible and do not need extensive study. We value calculated risk taking.

Leaders start with the customer and work backward. They work vigorously to earn and keep customer trust.

The decision to have packages delivered by vans with an Amazon magnet on the side links perfectly with these values. Amazon has successfully created a principles-based decision-making system. If you make decisions that are in line with the company guiding principles, you’ll be ok.

Many small companies think that core values are unnecessary because you are close-knit, 10x-ers; everyone just ‘get it.’

When you scale, you’ll scale the number of problems you have and the number of possible solutions to those problems will also expand. The CEO can’t have a hand in all of those decisions; you need a framework that guides. That framework is in creating meaningful and unique values or principles. 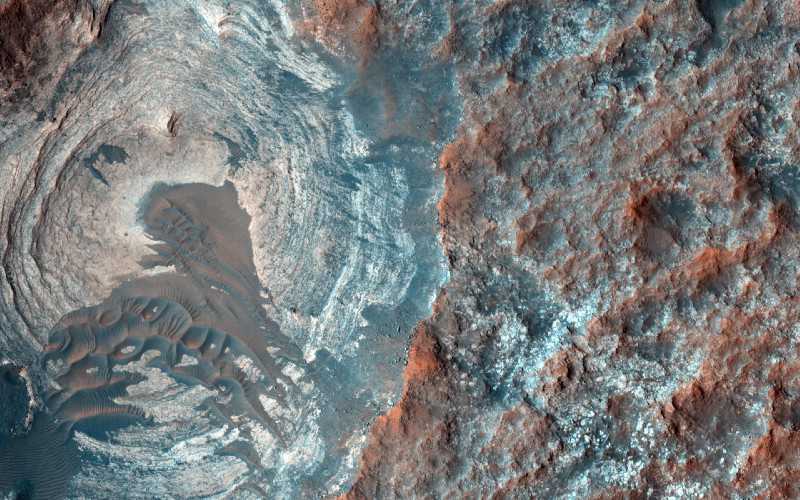 Imagine you need to create a mirror version of your company on Mars. It won’t be in contact with your Earth company. You won’t speak to them or see them. Who would you choose to go? You can only choose 5–7 people.

These are your Mars Group, and it shouldn’t be the CxOs or leaders, if at all possible.

Your Mars Group should have a variety of skills, but all have the ‘right’ attitude.

They might be get-stuff-done kind of people, some might be great problem solvers or simplifiers. It’s for you to define. It doesn’t matter how senior they are. They might be employee 10, or employee 210.

It’s about finding the people who embody your company spirit.

Many leaders balk at this. “Why have someone who didn’t even start the company decide our values?”

You are creating a company that runs like a machine. It should overcome problems by making good decisions without you. By selecting the people who are the best embodiment of your business, you are not only narrowing the pool of personal principles, and getting tactical level advice on decision making principles. Principles that are clearly being recognized.

Finding principles that the Mars Group believe are both important to the business *and* overlap with their personal principles, you have the best chance of building that machine.

The laptop retrieving Tom Killalea would have been an Amazon Mars member: the absolute embodiment customer obsession.

Jim Collins defines core values as being “inherent and sacrosanct; they can never be compromised, either for convenience or short-term economic gain.”

Everything your company does should be a reflection of what you value. They are the principles you stand by year-after-year, for the next 100 years.

There’s one question that really love when proofing core values, it’s this:

Would you adhere to the value or principle even if it meant short-term economic loss?

This is where you see the cracks in other company’s values.

Every company says they are “customer focussed” but how many would actually make a decision that benefits the customer and hurts the business in the short run?

Have your Mars Group stress test the values they personally create and congregate as a group to present back the final list of 3–5 core values. 7 is on the high-side, but ok if they are truly unique. 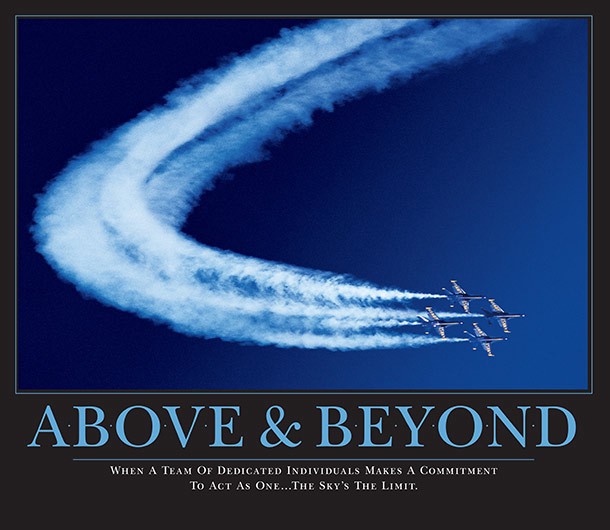 What’s the point? How do you use them?

You just hang them on the wall for everyone to observe and soak up!

Kidding, you can do better than that. You get everyone involved and bake it into the fabric of the business. Sometimes companies do this on a quarterly basis, or after key projects. Start having “values amnesties” by reviewing projects against KPIs, but also against your values.

It can be anonymous but have teams determine decisions, problems, features or solutions that were not made inline with your values. They can suggest ways the outcome could be improved to embody your principles.

This isn’t about apportioning blame, but creating a principle driven business.

Pair this with a celebration of your core values; a values-based recognition system.

You’ll be well on your way to building a values-driven company; a long lasting one.

The same way that marketing and advertising teams have been obsessed about “brand values” and being “on-brand” for decades, it’s time that CEOs took company core values or principles seriously.

It could be your secret weapon for Amazon-like success.