You Don’t Have to be Trendy to be Successful—Interview with Kate Hill, Founder of Aeclectic Tarot

The startup world loves the next big thing and trends come and go faster than you can read the newest Tim Ferris blog post. But what happens when you ignore all the trends? Kate Hill of Aeclectic Tarot explains why her site looks like it's from the '90s -- and why it works.

The first thing you notice when you arrive at Aeclectic Tarot, the internet’s largest resource for tarot cards and the people who love them, is that it feels like a step back in time.

A time when the internet was still small; when personal pages would put together by hobbyists; when online forums still felt like loving communities. And that, founder Kate Hill, tells Startups.co, is deliberate.

“My audience is not 25-year-old tech workers,” Kate tells Startups.co. “In the New Age space, being really corporate and polished doesn’t really fit.”

As as a result, her site is an amazing example of how listening to your audience and community rather than blindly following online trends can result in something amazing.

A ‘90s site that has withstood the test of time

Kate Hill started Aeclectic Tarot in 1996, when her boyfriend at the time taught her HTML. She made a personal website, “as it used to be called back then,” focusing on gothic poetry, gothic art, and tarot cards. It was purely a fan site; a way for Kate to practice both her newly formed coding skills and explore her interests.

“The internet was still pretty rare and strange in ‘90s Australia,” Kate says. “I realized it was an amazing way to be creative without being artistic.”

Through her website, Kate started exploring the different types of tarot decks. She started with just a couple, which she shared on her site, and quickly realized that there were lots of different kinds of decks with different types of interesting art. Her site started gaining traction in the tarot world and soon people were sending her images of decks that she hadn’t come across yet. When she hit around a hundred decks, another tarot fan suggested she add Amazon affiliate links.

“So I did,” Kate says. “But it wasn’t about money. I just thought, ‘This is a really cool thing. I need to share it with other people.’” 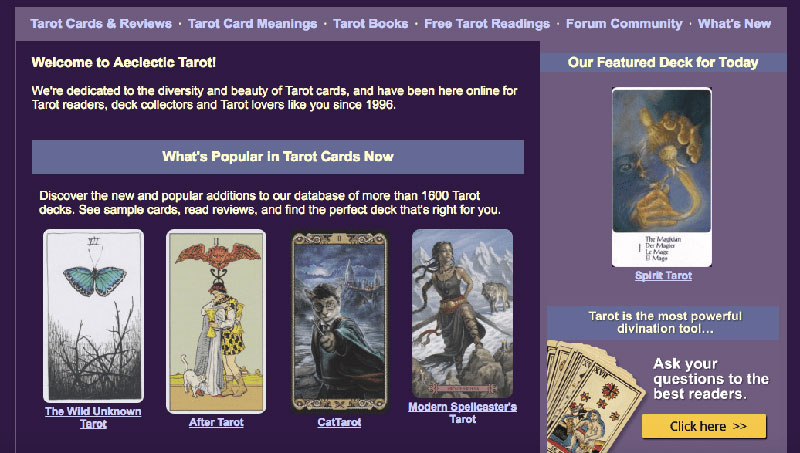 A shift in perspective

By 2013, Kate Hill had been running Aeclectic Tarot for over a decade. She’d quit her full time job back and 2003 and spent a full year teaching herself how to run a business. She was making a decent living with her site, but found herself losing passion for both the business — and even tarot.

With an eye toward reviving her flagging passion, she took off for an entrepreneur conference in Toronto called Mastermind Talks. Instead of the bland, old school business practices that she’d taught herself in the early aughts, the speakers at Mastermind Talks were talking about a new kind of business. They talked automation, holistic lifestyles, a different approach. She didn’t know it then, but what she was hearing was the beginning of the current startup revolution.

Just as she did in 2003, Kate went home and did a deep dive into everything she’d learned at the conference. Three months later, she emerged with a plan for a redesign of her business that had three clear goals: take less of her time, make her more money, and make her customers happier. 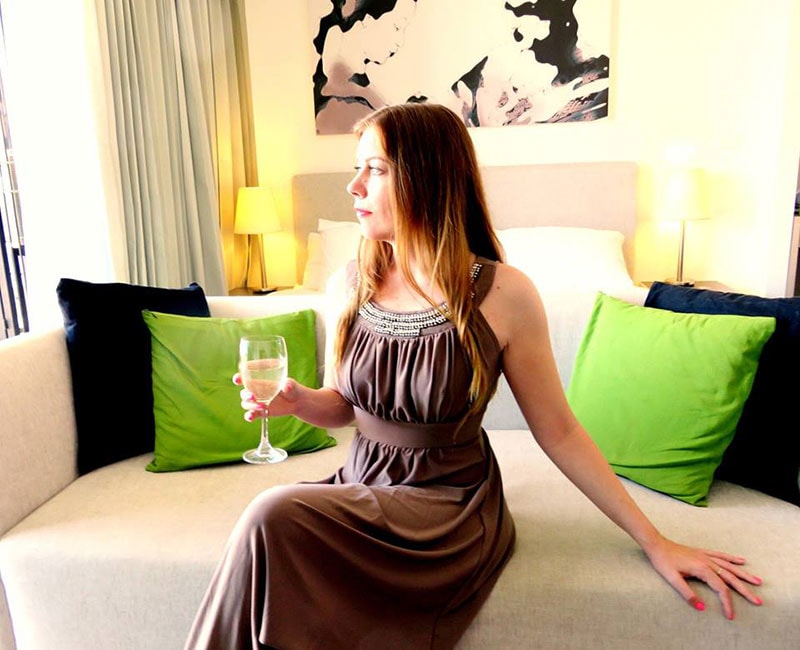 If it ain’t broke, don’t fix it

But one thing you’ll notice is that her redesign of her business did not include a modern redesign of her site. Aeclectic Tarot still looks much as it did back in the ‘90s — and it’s weirdly comforting, even for someone who isn’t a tarot fan.

“Old school stuff still works,” Kate says. “The internet is new but general business principles are the same.They haven’t changed since the 1890s.”

So what’s the secret to running a successful lifestyle business for almost two decades? It’s not, according to Kate, about design or the latest trends in automation or even about maximizing your efficiency. Nope, it comes down to one thing: Love from the customers.

“The fundamental thing that you’re doing is providing enough value to your audience that they want to give you money,” Kate says. “If you create something they want, they’ll throw money at you.”

So there you have it, startup community: Product market fit, the old school way.