Business Lessons From “The Art of War” by Sun Tzu

Lessons can be learned in the most unexpected places. They are there waiting for you and I to find them, pull them out, and put them to use— even if they're from the 5th century BC. Learn what a 2,400 year old book taught me about business.

Time and again I have been told how The Art of War by Sun Tzu is a great resource for gaining insights on strategy. I’ve heard it all from how it’s a required reading in many Japanese companies to how Bill Belichick uses it to fill his fingers with Super Bowl rings. So the time came when I finally decided to give it a shot, shortly after I was pleasantly surprised on how many of the 5th century BC strategies actually aligned with modern day business and startups in particular. 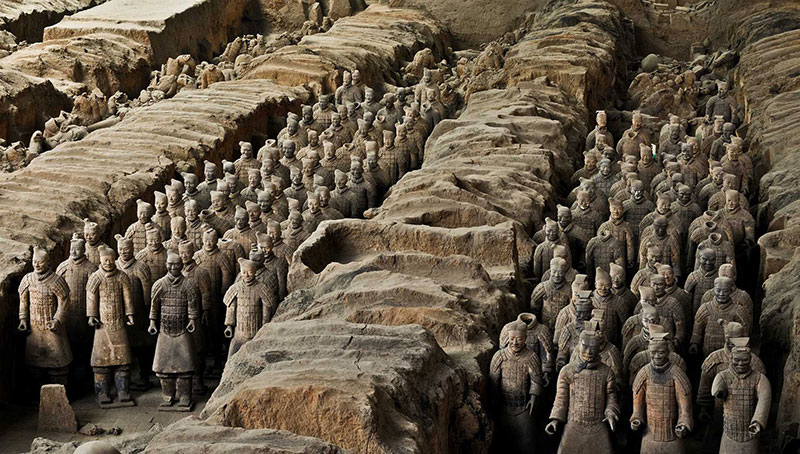 Below I have highlighted four passages, which I believe hold timeless business advice for early stage companies. Along with the passages, I have added my contemporary interpretation, modern evidence through research, and real world examples. 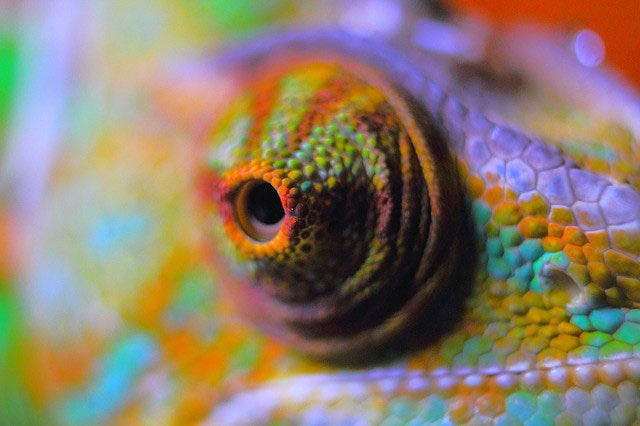 “Victory in war is not repetitious but adapts in form endlessly”

Businesses must have the ability to adapt based on market demands, trends, and innovative disruptions.

Consistent long-term success doesn’t stem from a continuously implemented static plan, but rather by endlessly adapting as needed.

The HBR article Adaptability: The New Competitive Advantage states, sustainable competitive advantages no longer exclusively arise from position, scale, and capabilities when delivering an offering, since these are viewed as static features. Alternatively, it is believed sustainable advantages primarily stem from a company’s ability to foster rapid adaptation. Firms that thrive are quick to read and act on signals of change by excelling in rapid, frequent, and economical experiments with offerings, strategies, business models, and processes.

The global study Adapt to Survive, conducted by PwC and LinkedIn discusses how employers should seek out adaptable talent, as businesses require the ability to meet emerging opportunities. By doing so firms will narrow their skills gap — holding the right talent at the right time — required for new levels of growth and prosperity, which effectively qualifies them to “adapt in form endlessly.”

Personally, I have taken an interest in following General Electric’s (GE) push to adapt, as they are making aggressive moves to become a fully digital business. GE has found an opportunity to adapt by merging their longstanding industrial goods with software products and services surrounding the Internet of things (IoT). To give an idea of the potential, McKinsey Global Institute has estimated IoT will create up to $11 trillion in economic value annually by 2025.

How is GE adapting?

“No matter where you enter the company, you are going to learn to code. Everybody. 100%” — Jeffrey Immelt, GE CEO

GE is investing millions into their IoT platform Predix, which they envision being the dominant host of industrial apps. In other words, Predix could be the machine version of what Android is to smartphones.

GE is incorporating a lean start up methodology they call “FastWorks”, that endorses experimenting, developing minimum viable products, iteratively testing and refining, and discarding those that fail. 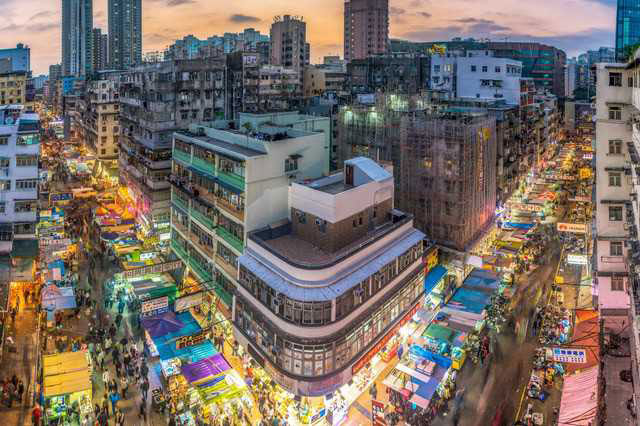 “Striking at an open gap does not only mean where the opponent has no defense. As long as the defense is not strict, the place is not tightly guarded, the generals are weak and the troops are disorderly, the supplies are scarce and the forces are isolated, if you face them with an orderly and prepared army, they will fall apart in front of you. This way you do not need to labor and suffer, for it is as if you were travelling over unpopulated territory”

Businesses can successfully enter a market by identifying where incumbents are underserving demands and preparing an organized strategy to strike the gap with a value-adding offering.

In The Innovator’s Dilemma Clayton Christensen discusses how established firms look first and foremost to cater to their current markets. When these firms experiment with new disruptive projects a high opportunity cost is forgone, as resources could have been used to further their current profitable markets. Consequently, this disincentive to innovate leaves many large firms susceptible to have new entrants capture niche markets, which can gain momentum, develop competitive advantages, and become real competition.

The HBR article What is Disruptive Innovation goes on to further state how established businesses inherently focus on improving their products and services for their most demanding customers. This logic typically produces offerings that exceed, ignore, or misalign with the needs of other segments and consequently leaves gaps for new entrants where, “the defense is not strict, the place is not tightly guarded, and the supplies are scarce”.

I can’t say I was an early adopter of Netflix but I am an avid user and familiar with their history, which provides a great example. Initially, Netflix’s service — operating a movie delivery model through mail — didn’t look like major competition to established firms like Blockbuster. However, this lack of defense gave Netflix the opportunity to enter the market, serve an undervalued segment, and eventually gain enough momentum to target and capture the many incumbent’s core customer segments. Once Netflix gained a foothold their “orderly and prepared” plan to apply technology drove their success.

On Commitment and Determination 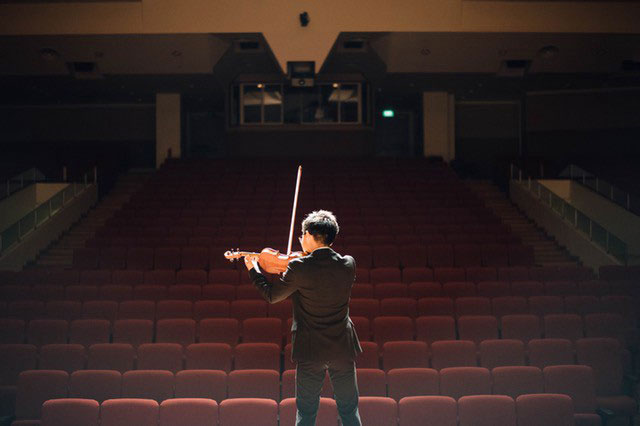 To maximize the probability of success, it is imperative to set yourself up with an environment where you can focus on your goals and eliminate paths that easily allow you to quit.

This passage seems particularly appropriate for start-ups as many thought leading advisors from accelerators, VC firms, and management consultancies have come to a consensus that commitment and determination are key success factors when launching a venture.

A case in point is an essay from the highly respected Y Combinator founder Paul Graham titled The Hardest Lessons for Start-ups to Learn. Paul states how if a founder lacks commitment “you’ll just find that for some mysterious reason good things happen to your competitors but not to you and it will seem to you that you’re just unlucky”.

Graham further states that the most important quality of a start-up founders is not intelligence but determination. Therefore, whether if it’s quitting your day job to start a new venture or burning boats behind you as you march to war, commitment and determination is what will propel entrepreneurs to the next level. 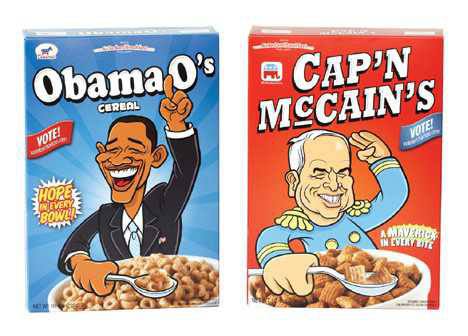 On commitment (for the beer drinkers): After earning a BA, MBA, and JD from Harvard Jim Koch left a career at the prestigious Boston Consulting Group (burned his ship) to found one of the first major craft breweries Samuel Adams with a recipe from his great-great grandfather.

On dedication (for the cereal eaters): Short on capital, Airbnb founders Brian Chesky and Joe Gebbia partnered with a print shop to craft their own custom cereal boxes. Using their creativity and design skills the group of entrepreneurs were able to exploit the 2008 Obama-McCain election by distributing their very own “Obama O’s” and “Captain McCain” cereal for $40/box. The public ate up the unique product as the duo sold out of their 800 boxes. Later Paul Graham would soon meet the group and admit them to Y Combinator primarily based on the dedication shown through their cereal story. Listen to the full story here. 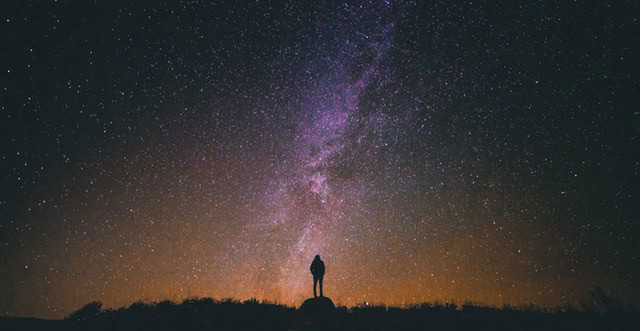 “If a general lacks the planning ability to assess the officers and place them in positions where they can use the best of their abilities, instead assigning them automatically and thus not making full use of their talents, then the army will become hesitant. Those who are good at delegating responsibility employ the intelligent, the brave, the greedy and the foolish. The intelligent are glad to establish their merit, the brave like to act out their ambitions, the greedy welcome an opportunity to pursue profit, and the foolish do not care if they die”

Employ people in a manner that utilizes their strengths, this will allow a company to operate near full potential, as it empowers employees to make full use of their talents.

The strategy being pushed in this passage is a strengths-based approach. In strength-based cultures, employees have the opportunity to be placed “where they can use the best of their abilities” day in, day out. This is especially important for early stage companies where few employees are wearing multiple hats.

Cognitive science exposes that our neurons and synapses are wired to advance our current strengths, as people are most effective at developing skills in areas of pre-existing synapses. This suggests our strengths hold the most potential for growth.

Gallup — a global research and consulting company — has found that when using strengths everyday people are 8% more productive, teams are 12.5% more productive, and employees are 15% less likely to quit their jobs.

Gallup’s meta-analysis of 49,000 business units across 22 organizations also found that 90% of workgroups that implemented strengths interventions saw increases at or above the ranges below:

Inspiration for this article came after reflecting upon the world that existed when these passages were written. 5th century BC was hundreds of years before the first evidence of paper was even found, yet we can still gain valuable business lessons from ‘The Art of War’ that we can use today.

This leads to an even greater takeaway and possibly my underlying intention when I started writing, which is that business lessons can be learned in the most unexpected places. They are there waiting for you and I to find them, pull them out, and put them to use.

My last words are to challenge you to be more mindful. Over the next few days pay attention to advice, readings, or news you come across and put it in the perspective of whatever venture you are working towards. Ask yourself, could this concept, idea, information, strategy, etc. be adapted to fit my needs? My feeling is you will find value in more places than you think.

Hey! I'm Dylan, I'm a business advisor by day and lifelong student by night. I'm passionate about any topic that can mesh combinations of science, technology, and business together. Other than that you can find me enjoying nature, coffee, and walks with my French-Bulldog.