Visopathy- Going Beyond Sympathy or Empathy

In this fast-paced, analytical world, we are all chasing insights to optimize everything. If we stopped to visopathize with our coworkers, we might just gain some really important insights that could help to get more out of the people around us.

Coining a New Word for Putting Yourself in Another’s Shoes

One of the core values I have always championed is the ability to understand people and the decisions they make. I gave a speech recently on this subject and as I was pondering the best word to describe this core value, I discovered a hole in the English language. This could be a breakthrough or I could just be exposing my limited vocabulary.

The problem with working with people and teams is that you have to work with people and teams. Unlike working with computers and algorithms, when dealing with humanity, you have to factor feelings into decisions and actions. I looked up the definition of empathy to put in my slides but I realized that empathy, by definition, is the ability to understand and share the feelings of others and relate to their situation from your own experience. 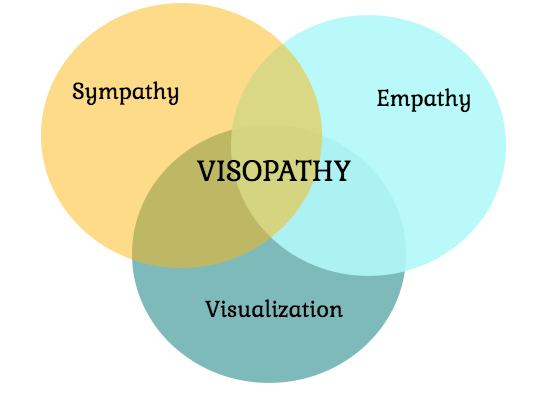 So, maybe sympathy is the word I am looking for, but then again, I am stumped. Sympathy is caring and feeling sorry for one’s situation. This notion is not really getting the job done either because I want people to go a little deeper in the quest to understand teammates’ feelings and positions in order to craft thoughtful and constructive reactions. 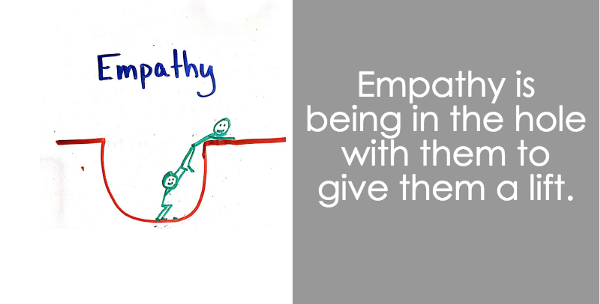 “Pathy” means to suffer, “sym” means to see- so sympathy is to see suffering. “Emp” is to feel- so empathy is to feel suffering as a result of living similar experiences. So, I am introducing “Visopathy” to our vernacular as a multi-dimensional alternative to sympathy and empathy. “Visu” means sight which, in this loose and non-scientific finding, I am using in the context of “seeing further”. 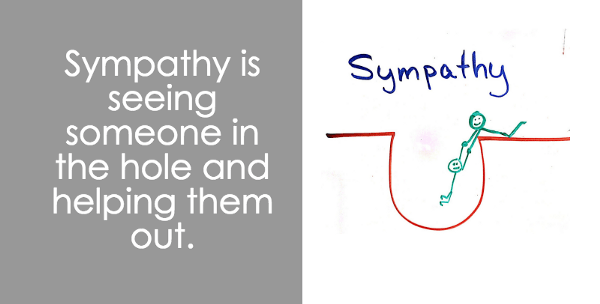 Visopathy is the exercise in which one would strive to visualize themselves in someone else’s position in a holistic fashion in an attempt to understand, if not agree with, the feelings or actions another person expresses. Unlike sympathy, you want to do more than feel bad for them but unlike empathy, you may not have shared similar experiences. Confused yet? 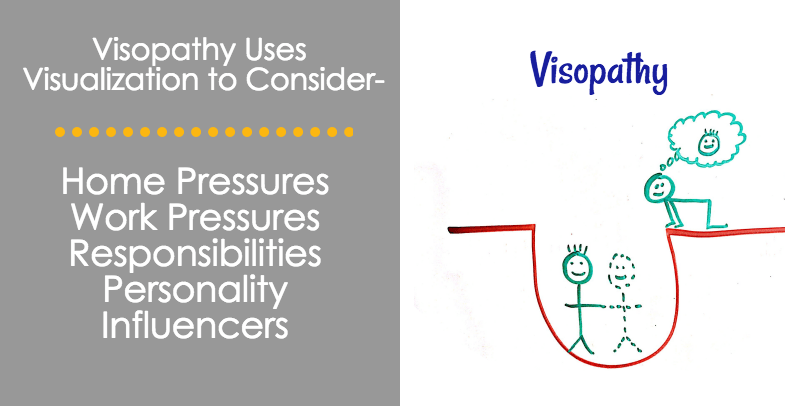 For example, imagine Bob calls you out rudely in front of the team on a decision you’ve made. Most likely, your immediate reaction is annoyance and anger and you leave the meeting wondering how you should deal with this breach of team decorum. Maybe other members of the team come by and give you a look like “what the heck was that attitude Bob was throwing?” This is a good time to visopathize with Bob! You sit back in your chair, close your eyes and start thinking about it. Bob’s parents are in town to see the new baby, who is not sleeping and it is a particularly busy month at the company. Bob has A, B and C obligations to the boss who has recently ramped up the pressure. The decision you announced in the meeting directly affects at least half of the accounts he manages. Furthermore, Bob is the quiet type who likes things super organized, methodical and categorized which is somewhat countered by your own personality.

Now that you have visualized yourself in Bob’s own virtual reality, maybe you can see that Bob has been under a lot of stress at home and at work and the decision you made today did not help to alleviate those pain points. His actions in the meeting were brash and inappropriate and you do not agree with how he handled it, but now you have, at least, followed the cookie crumbs of the emotional trail that led to him to Blow-up Town.

So, what did this exercise give you besides a few minutes with your eyes closed? It did a few things. First, it prevented you from making a beeline for Bob’s or the boss’s desk to vent your feelings. Secondly, it gave you insight into the why of the matter. You thought about Bob not as just an associate, you thought of him as a person and calibrated his actions with his external pressures and his personality traits. Lastly, you have laid the groundwork for crafting a thoughtful and productive way to approach him that serves to strengthen communication rather than build a rift in the team.

Maybe as a result of your visopathy session, you start the conversation with Bob by asking about the baby and his visiting family. You open the discussion by explaining that you never intended your decision to be a headache for him and that you would like to work with him to standardize the new directive so that it fits into his (neat and methodical) workflow. In the future, when you introduce something new, maybe you present it to Bob before the meeting or hand out an agenda to the group. And, because you’re not a spineless jellyfish, you tell Bob that you wished he had saved his comment until after the meeting or had found a better way to express his beef. Hopefully, bob will see how much thought you put into your reaction to his bad behavior, his guard will be lowered and he will offer an apology.

In this fast-paced, analytical world, we are all chasing insights to optimize everything from product performance to productivity. If we stopped to visopathize with our coworkers, we might just gain some really important insights into our relationships that could help to get more out of the people around us.

I am a digital marketer, business strategist and web designer obsessed with impactful branding, powerful messaging and elegant design. I have built my career and my company with people at the center of everything. I am an entrepreneur and highly engaged with the startup community in Denver as new ideas, business strategies, and innovation are what get me out of bed! Twitter: @MrsZebra