A Toxic Love Affair: A History of the Media’s Rocky Relationship with Social Platforms

The social media relationship broken down into three key stages: 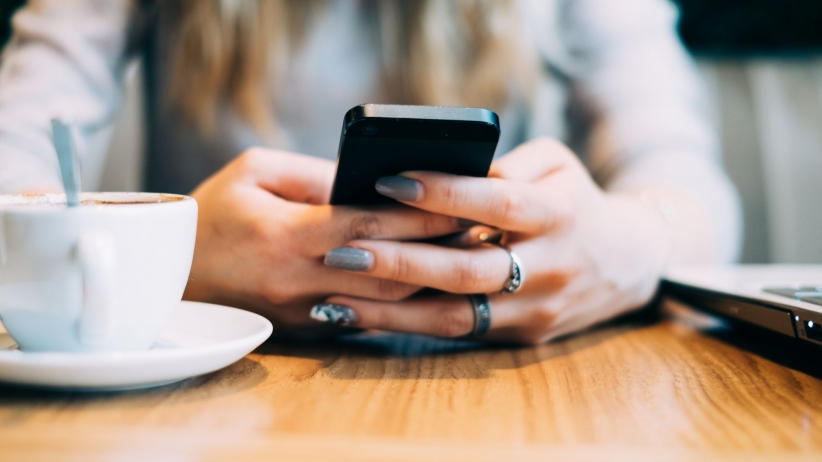 The traditional media is stuck in a toxic love affair with social media platforms. Nowadays, 62 percent of adults in the US use social media to get news. At the same time, 50 percent of social media users report having shared news stories, images or videos on their social media feeds, and 46 percent have discussed a news issue or event.

On one hand traditional media companies are struggling to monetize, as readers flock to social media and other new digital media platforms. On the other hand, social media accounts for a huge amount of their traffic and shares, and offers access to younger demographic audience, who have grown up reading media online rather than in print.

In the beginning, news and media sites were quick to jump on the bandwagon of the new tech, wowed by the access they offered to millennial readers. However, over time the rose-tinted mist lifted, and media channels began to realize that this new type of mass communication was going to have a direct effect on their bottom line, becoming a competitor rather than a tool to be taken advantage of.

Traditional Media vs. Social Media: How Did It Come To This?

So how did it get to this? We have broken down the relationship into three key stages:

With the release of Myspace in 2003, Facebook in 2004, Youtube, Bebo and Reddit in 2005 and Twitter in 2006, suddenly previously unheard of sites became the meeting point for hundreds of millions of millennials around the world, and like pretty much everyone, traditional media organizations were extremely curious about their potential.

When Barack Obama’s inauguration became the first of any US president to be followed on the recently launched Twitter, the British newspaper The Telegraph described the platform as “ Twitter, the microblogging site whose potential for ‘citizen journalism’ and disseminating information at lightning speed has aroused huge excitement on the web.”

Over time, the media became one of Twitter’s biggest cheerleaders. The year 2009 was a turning point for the platform, when Oprah Winfrey sent her first tweet, and Ashton Kutcher challenged CNN to see who could be the first to get one million followers. Leading media channels began featuring a Twitter feed on their shows, and encouraging viewers to follow them and engage with tweets.

In 2010, Facebook released social plugins which made it simple for any site to link to the platform by adding a simple line of code, allowing users to ‘like’ news stories, photos or videos, which would then be synced to their Facebook profile. Traditional media companies jumped in with two feet, adopting the like and share buttons on their sites in an attempt to boost readership.

Pew Research contributors Amy Mitchell and Tom Rosenstiel argue that in 2011, the digital revolution entered a new era as smartphones became a common household item. By 2012, more than four in ten American adults owned a smartphone and one in five owned a tablet. With 24 hour ‘on the move’ connectability, came a much deeper immersion into social platforms.

Unlike rigid traditional media companies, who were slower to adapt to the change, social platforms like Facebook and Twitter put all of their energy into making their apps a must have feature on smartphones. From the beginning of 2010 to the end of 2012, Facebook’s global users more than doubled from less than 400 million to 1 billion users.

Media companies began to realize that rather than providing an additional source of traffic, they had allowed themselves to become totally dependant on audiences clicking off social platforms.  All of a sudden 10% of traffic from social media, had turned into 40 or 50%, effectively becoming the lifeblood of their publications. Media companies began to get worried, realizing that if social platforms turned off the faucet and changed their algorithms, they would be in hot water.

Their nightmare soon became reality. Several leading media companies such as the Washington Post and The Guardian, steadily developed a user base of millions on their social-reading apps over the course of 2012, until Facebook threw a wrench in the works by changing its algorithms, and their news essentially disappeared from newsfeeds. The Washington Post app lost more than 50% of its users in just one month, and other media companies like The Guardian and Yahoo suffered catastrophic drops too. Facebook claimed this was for the benefit of users, to protect them from advertising, but in reality it was a means to monetize advertizing, making users pay to boost ads and sponsored content.

And Facebook wasn’t the only platform which started cutting companies off by restricting access to their platforms. Around 2011 and moving into 2012, forums started filling up with complaints from disgruntled developers and early partners of Twitter, who suddenly found their Twitter API based businesses blocked from the platform. The developer community was up in arms at what they saw as Twitter shunning their former community in favor of gaining more advertising revenue, even though the same community had played such a big part in its growth and even invented functions such as @ mentions, direct messages and re-Tweets which have since been adopted by the platform.

Media companies have recently found themselves in a ‘damned if you do it, damned if you don’t’ stalemate. Publishers and legacy media companies are hesitant to give up their content for next to nothing to the overall benefit of social channels, but also terrified of losing their traffic from these platforms.

In 2015, Facebook launched Instant Articles, meaning that any media company who wants to host their content directly on the platform, and rely on Facebook’s high quality user-targeting monetization tactics could now do so. A number of leading companies like The Times, BuzzFeed, The Atlantic, National Geographic, NBC News, The Guardian, BBC News, and Germany’s Bild and Der Spiegel signed up off the bat. Many other publishers were hesitant to offer so much content with no guarantees about returns, but Tony Haile from Recode argues they are likely to be swayed when Facebook prejudices traffic towards Instant Articles.

Now that everyone knows that social channels have a firm hold of the reins, there is less tip-toeing around the issue of advertising and revenue share. The world’s fastest growing new social channel Snapchat wants to stop sharing ad revenue with its media partners, instead playing a straight up license fee for content. Facebook recently announced it will take a 55 percent cut for it’s new mid-roll ads.

Entering 2017, a more suitable status for the relationship could well be panic. While top media companies are struggling to survive in the digital landscape, leading to huge losses and layoffs, Facebook announced 51 percent increase in revenue in 2016. There are no silver bullets here. Media companies are effectively being bullied by social channels and know they are getting a tough deal, but the risks involved in moving away from social channels, and seeing competitors who tow the line shooting ahead thanks to social media traffic, is too big to take.

It’s up to media companies to create an experience where they can remain on social platforms, while also steadily building audiences on their own platforms to monetize. The best way to do this is by viewing their business as a conversion-funnel. The top-of-funnel is where all the audiences are, spread across Facebook and Snapchat and Instagram and all the other places thriving today. Publishers need strong middle-of-the-funnel technology to create these omni-channel digital experiences, while using real-time data to understand conversion, not just from top to middle of the funnel, but all the way through the customer journey.

Those who master these techniques will come out stronger, those who bury their heads in the sand, will simply disappear.