There’s No Such Thing As Good Timing

Don’t look to others for advice, just cry about it until one option seems impossible to turn down (and don’t worry if it’s the ‘right’ one). 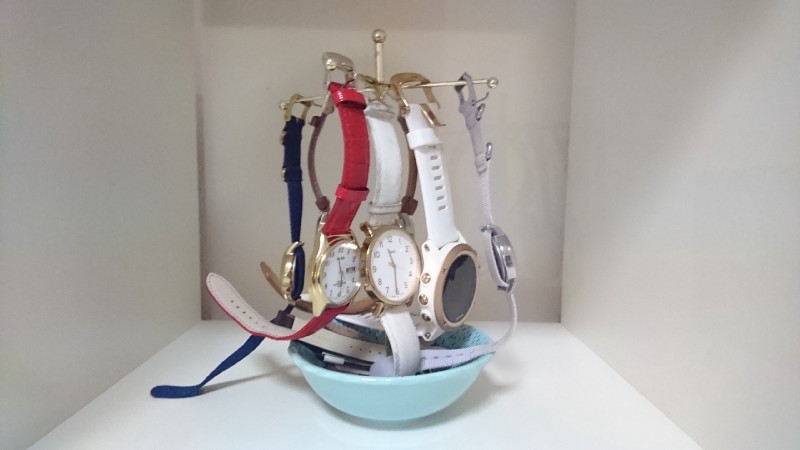 There’s never a good time for an entrepreneur. Twice I’ve thought about going back to the corporate life, but there’s always been something that kept me out of it. Each time it’s felt like a message from the startup gods.

When I quit my first ever full time job, I had nothing lined up to transition into. It was a time of year when no one was hiring. I had quit with intentions of freelancing instead, but I was still applying for full time jobs, just in case.

I struggled a lot in the first month or two which were full of rejections, work that left me feeling unsatisfied, and low pay.

I had an idea for a project and I needed some sponsors to get it off the ground. The first person I contacted was a cold email to my state’s library manager. Around the same time I was getting a lot of interviews and it finally felt like someone was about to offer me a full time job.

Granted it was a terrible job that made me cringe a little inside, but I was also self doubting and crying a lot and on top of this a lot of people around me were telling me to suck it up and get a job.

I want to make it clear that I was making roughly $1000 a month right after quitting my job, and tripled it after just 3 months.

It was the day before my final interview for a full time position and the State Library emailed me back asking me to go in and talk to them — they were interested.

My first thought was if I take this job then I won’t be able to work on this event. The thought was making me feel almost claustrophobic. Not being able to do something exciting and challenging because I was chained to a desk answering phone calls made my skin crawl.

I didn’t go to the interview.

The State Library sponsored a venue, that first sponsorship set off a chain reaction of more sponsorships, and the event went ahead. The story of that event is a whole different story, and I’ll get to it one day. A short version is that it was stressful and hard, but ultimately was successful and very fulfilling.

The guest speakers from that event turned out to be incredibly valuable allies, and one invited me to partake in a startup program he was running, the Innovation Dojo. Before this I wasn’t really thinking about startups.

The Innovation Dojo, gave birth to an idea and even after it ended, I kept thinking about and developing this idea for another 3 months or so. Throughout this time, I met and spoke to a lot of mentors, investors and other relevant people in the startup community.

I ended up becoming super involved and invested in the community here in Sydney.

My biggest problem is that I’m not a tech person. I’m a hustler, in startup terms. Finding a tech co-founder seemed impossible and everyone was telling me my project was so big I’d have to go to Silicon Valley because Sydney was too small a pond. Then a very, very old friend and I caught up, I told him what I was working on and about two weeks later he emailed me “why haven’t you asked me to be your tech founder yet???”. I couldn’t stop smiling for the rest of the day!

Last week I came to the realisation that if I wanted to get serious about building this project, I needed to free myself up a bit. I needed a 9–5 where I could go home without taking work with me and could then focus on this project. I didn’t want to spend half my day chasing clients, old and new, and worrying about where my income was coming from.

It was time to find a full time job.

That brings us to Wednesday of this week. We had a meeting where he showed me his plan for the tech, how to build it and all that jazz. Originally it was supposed to happen a week later but things came up and I asked to reschedule and my tech founder said “well what about right now”. He came to my office at 8pm, took over the whiteboard and we were there until almost midnight building a plan.

From all the people that I had talked to about this project, I came to the conclusion that it’d take about six months to a year to build. My new tech founder told me if he had a team of two to three people he could get it done in three weeks.

On Thursday, the very next day, I had an interview with a company that’s very involved with the startup community and it would provide me with a lot of resources and contacts once I’m ready to use them.

It’s now Friday, I’ve just received an email telling me I passed the first interview, and the next step is a face to face meeting.

But my six to twelve month road map just got shortened to three weeks.

We already have a customer who’s waiting for us to build something so they can start using it. They were happy to wait six months and now they can have it in three weeks.

As soon as it looks like I’m about to get a full time job, I jump the corporate ship all over again. The excitement of potential is often all I need.

Tuesday the next week was interview day. It was also my birthday. My interview was in the afternoon, and I spent all morning thinking over what I really wanted. Be employed and learn and experience as much as possible, putting my own projects on the back burner while I ‘developed’, or, screw everything and dive head first into something that had a lot of potential but no safety nets. I didn’t know which one I should choose.

Then my dad called me. “Happy birthday, what are you doing today?”, “working…”. My dad knows I don’t work at a company and I’ve been freelancing, and I told him about the interview and also told him I wasn’t sure what I wanted. He said he would always advise me to work for myself and not someone else. He himself has always had his own side business since before I was born and said that going to one job right after finishing another every evening is straining and never gets easier.

I got off the phone and almost started crying because his advice didn’t really help alleviate my internal struggle to figure out what I wanted. Thanks dad!

I went to the interview. Literally right as I was leaving my desk to go to the interview, I got an email offering me a fairly large freelance gig that is pretty much exactly what I specialise in. Yet another shiny thing to pull me away from being employed.

In the interview, I feel like my inner turmoil definitely came across and it’s one of the few times I’ve left an interview not knowing if I did well or not.

I went home, skipped my birthday dinner then cried for about two hours. I slept on it.

The next day, I woke up and had a message from my CTO. It was a shared folder of drawings, plans, strategies, and all sorts of goodies. I spent my lunch break going through it, commenting on things that were a bit off, taking notes of things we’d need to decide on later.

Things got clearer at this point. I had convinced someone else to believe in me and my ideas. Why can’t I believe in myself? I typed an email to the people who interviewed me, thanked them for the time they spent with me and referenced a few things we spoke about in the interview. To be honest, I don’t think they’ll be surprised with my decision to pull out.

The Lesson In This Story

There is none. Everyone I spoke to gave me different advice. I read Warren Buffet articles, listed out my beliefs, I did it all. Nothing helped me make my decision, and they probably won’t help you if you ever need to make this decision either.

Don’t look to others for advice, just cry about it until one option seems impossible to turn down (and don’t worry if it’s the ‘right’ one).

Kayla Medica is the Founder of Careers in Language, Community Manager at Equiem, Linguist, Consultant, and surprisingly fluent in Japanese. Follow her on Instagram: @mehdeeka