The R&D technique for startups: Rip off & Duplicate

You don’t have to have an original idea for a startup. Original ideas are difficult. And unproven. What if you find a business model that you like, and improve upon it?

I’ve heard it a couple times since, but once I was listening to some podcast and someone said to do “R&D… rip off and duplicate.” Oh the hilarity, right? Usually R&D means research and development, but instead, this guy was talking about copying someone else’s work.

It’s fine to do that. And it happens all the time.

Don’t let the business model already existing out there stop you from creating a similar business of your own. 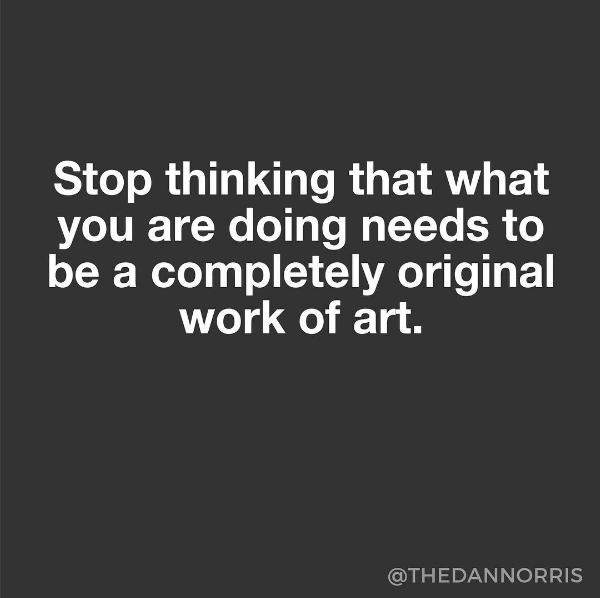 If the business model already exists:

I say “probably” a lot because nothing’s certain in business, but you should feel better when someone is already doing what you want to do.

I’ve written a bit about my now dead startup that provided feedback on online dating profiles. No one else was doing it. That’s not always a good thing, because there’s no established market for the service. And something spooky happened when I later dug for similar businesses: I kept finding similar business models that were already dead.

In this case, the fact that there were no surviving similar businesses should have been a sign.

A few years ago, I found a service that provided on-demand feedback on websites. I loved the service. The business model fascinated me. An opinion brokerage? How wild of an idea.

I wanted to do the same thing, but since it already existed, I held back. I decided instead to do a similar business model for feedback on dating profiles, which as I said, failed.

Then a year ago, I decided to just duplicate the business model from the site that originally inspired me. I knew how it worked, and I knew how to improve upon it.

And it’s my only startup that has worked out. (It’s called userinput.io and you should check it out if you need on-demand feedback to know how to improve your website or business idea.)

It wasn’t an original idea, and that helped it work.

If you do have an original idea, you should expect copycats. Keep an eye on them, and keep fighting to grow. First to market can be great and help establish you, but sometimes second to market, or even fifth to market, can be the real winner.

And don’t feel bad about working off of someone else’s idea. Business is war. Nothing is safe and secure. Protect your land and invade others’ land.

Rip off and duplicate, and then improve upon it, as a way to get ahead.

Stuart Brent is the founder of userinput.io, a service that provides on-demand feedback for websites and business ideas. He’s a dork and actually really into feedback, and happy to help you form the best questions for your own surveys.