What are you really good at and what are you passionate about? Did you once dream of creating a business but had to get a job to pay bills? What if you could be part of multiple new companies without putting it all on the line?

I bet, even if it was just once, that many of you set up a lemonade stand as a kid. As we grow, we begin to experience the world and all of it’s challenges. 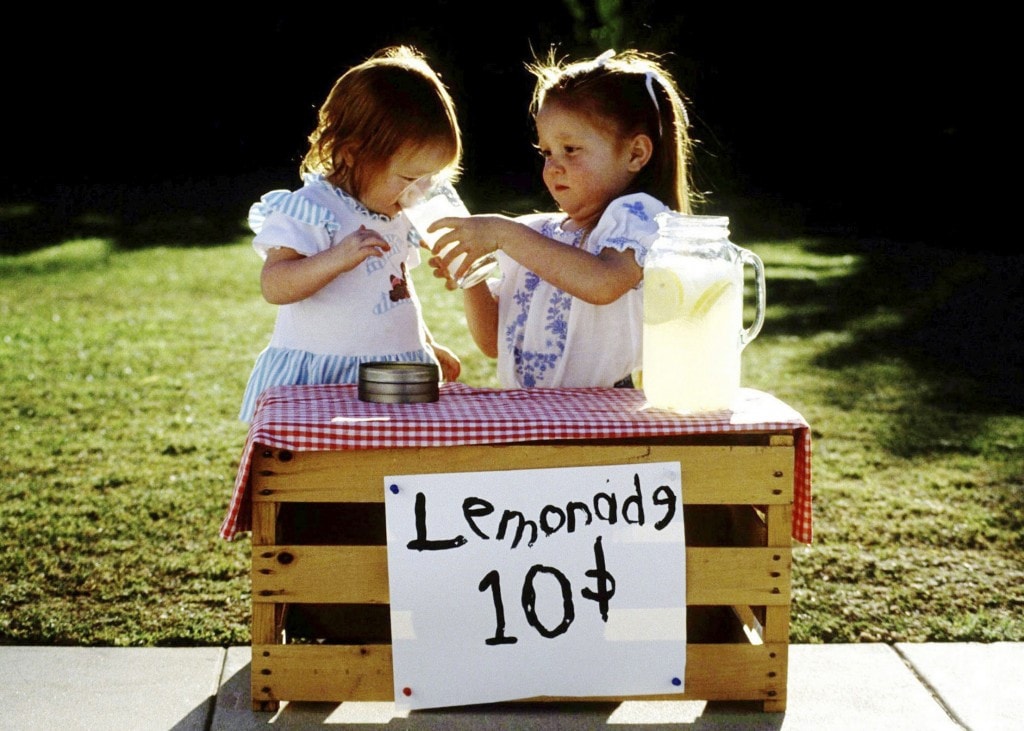 And many of us experience our moments of brilliance in the shower. You know what it’s like when you’re soaking under hot water, your mind begins to drift and suddenly you have great idea. Sometimes it’s a solution to a current problem, sometimes it’s a business concept and sometimes it’s both.

Generally people solving their own problems make the best entrepreneurs, especially if they have industry or market experience.

Now, to give you some context here, I have background in professional photography. So, a couple of years ago, on sunny spring morning, I’m in the shower, reflecting on my not-so-organized personal photo collection.

My professional photos were easy to process. But my personal photo collection had grown out of control. There was no organization and the problem was only getting worse with each passing month. My ability to enjoy my photographs had been compromised and I knew I wasn’t alone.

I figured that most people with a smartphone had this problem.

So, I came up with an idea for an app that would help people quickly sort photos into albums on their phone. I created a simple prototype that allowed me to share the concept and get feedback. Everyone I showed it to loved it.

I then applied for a 6-week program run nationally, designed to help you raise money. I still remember the final pitch night because I totally crushed it and went home on ‘Cloud 9’. The top teams from around the country were invited to pitch at Google in New York in the Fall. 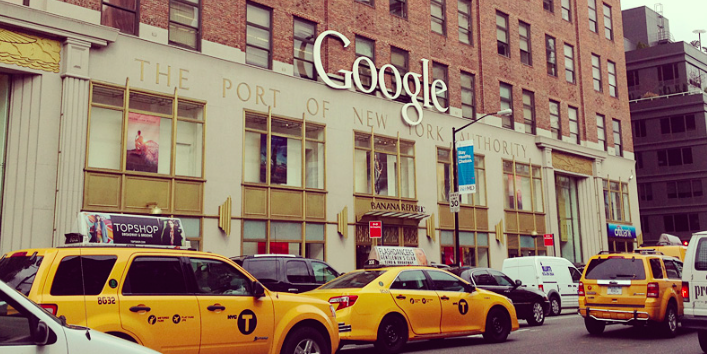 Here was my big opportunity to get in front of investors. Over the summer, I was able to raise a small friends and family round and build the first version of the app. Fall arrived and I flew to NY. I was so excited because my pitch was solid and I had a working product.

I remember walking into the room at Google and seeing the stage. There were lights everywhere, video cameras from multiple angles, and lots of seats for the investors.

My pitch went smoothly and I felt great. I thought that with a validated idea and a working product that I could raise money to hire a small team and keep pushing forward.

Unfortunately… I was wrong.

The challenge was that all the investors I met with wanted to see more traction. They wanted to see a quickly growing user base or substantial revenue, neither of which I had yet.

It goes back to getting your first job, when no one will hire you without experience and you can’t get experience until someone hires you.

Having spent the money I raised building the product, I was tapped out. 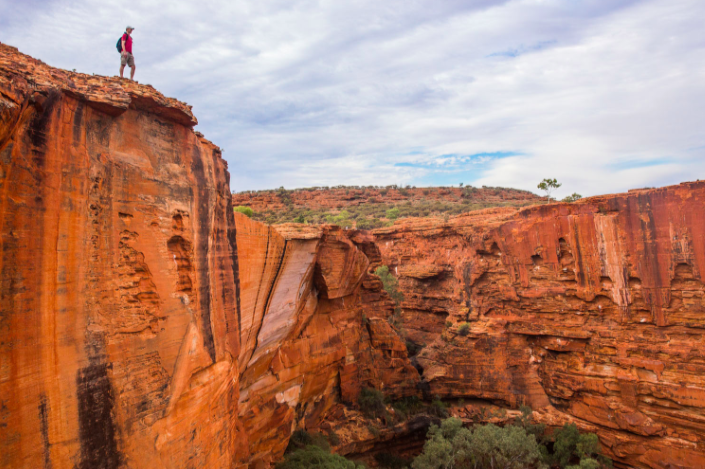 I felt like I had climbed up a mountain only to discover I was standing at the edge of a cliff above a wide canyon, looking across to the other side of startup success.

I was stuck. I felt like a failure. I was heartbroken.

In reflection, I realized this was the place where so many good ideas come to die. It turns out most startups fail because they don’t achieve product market fit before they run out of money.

Wouldn’t it stand to reason there is a wealth of potential opportunity being lost here? I wondered, why wasn’t this something we talked more about?

It was at this time news broke about Elon Musk and his company Hyperloop, a high speed train designed to get you from SF to LA in half an hour. The story was about how he got over 400 people to join, share his vision, and help build the company for equity.

I thought, well of course. He’s Elon Musk he could probably get those people to follow him straight into the sun! It should be easy for him to find quality people who would work for equity. 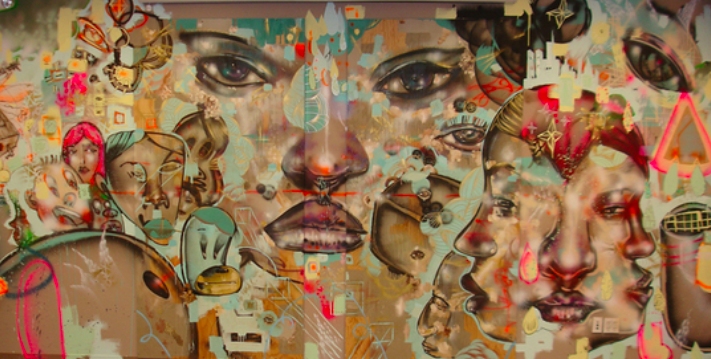 But then I thought of David Choe—some of you might recognize the image above. It’s part of the mural that he painted at Facebook when they were still early and Zuckerberg was not recognized as the visionary he is today. Here, Choe had taken equity in lieu of $60 thousand in cash. That equity eventually became worth $200 million dollars.

This caused me to take a step back in observation of several trends.

First was the rise of the Gig Economy. There is a large rapidly growing number of people participating in freelance work. You see coworking spaces launching all over the country. Sites like, elance and odesk, Fiver and Task Rabbit have become very popular.

Second was a shift in search of more meaning in one’s work. In his TED talk about finding work you love, Scott Dinsmore asks this questions, “What is the work you can’t not do? 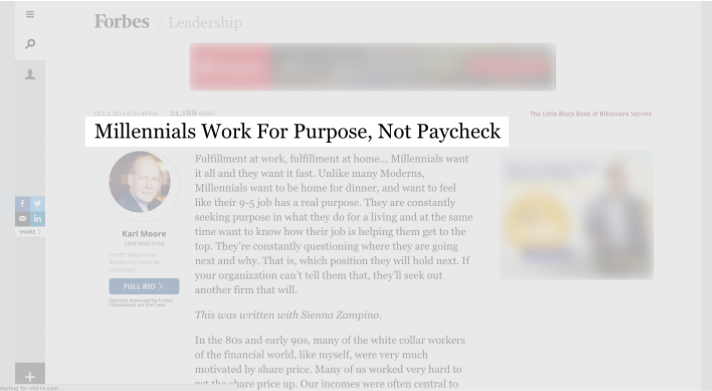 People are moving away from the corporate identity. They want to feel more connected to the work they do. Working as a freelancer gives you the freedom choose the work you do, when you work, and where you work. And sites like the ones I just mentioned provide that opportunity.

The third trend was our gravitation to online communities where we help each other. Of course we all familiar with networks like Facebook and Linkedin. But now you see the rise of more niche networks, like Nextdoor, the site that allows you to create a private social network for your neighborhood.

Hyperloop is great an example of how these 3 trends are merging. You’ve got people coming together as a community, doing work on the side, for a cause they believe in.

As I processed all this, I thought, maybe Elon, as a side effect of all his brilliance was paving the  approach for a new the way of doing work. That perhaps he was laying the foundation for an Equity Economy.

I thought there had to be more people out there that had the same mindset as those that he had gathered. So I did an experiment. 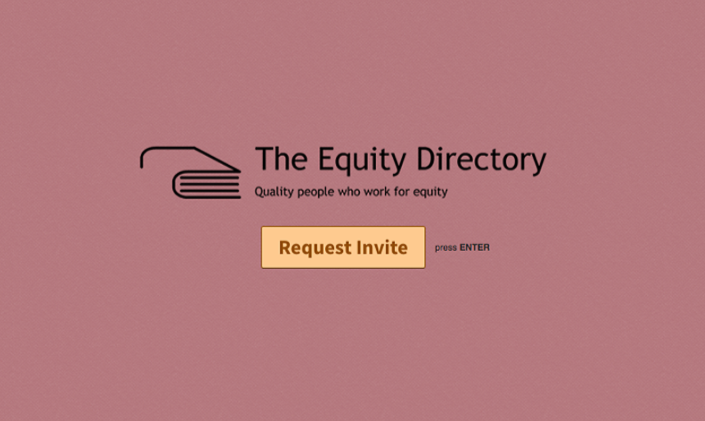 I bought a domain called equitydirectory.com and made a simple landing page. It read, “Quality people who work for equity” with a button to apply.

I purposely didn’t spend a lot of time on it, because I just wanted to see if it would resonate and if so, how well.

Once it was ready, I posted a link to twitter and linkedin. After 24 hours, much to my surprise, 40% of the people who visited the page signed up.

More amazing was that 60% of the people who signed up were looking to help someone else get their company off the ground!

I couldn’t believe it. Then I had an epiphany. 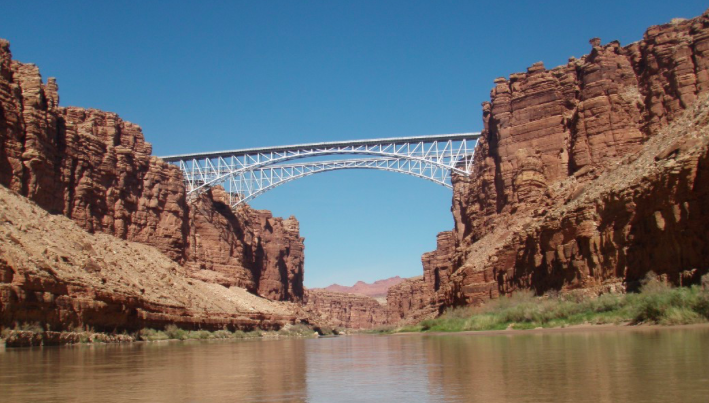 What if we could create a hub to connect these people around shared visions and build a bridge across this valley of startup failure.

I thought about all the future entrepreneurs we could help and the all good ideas we could save. Suddenly, growing this network to help create that bridge became the work I couldn’t not do.

So I shared the results with my friend Lisa who has a background in finance and technology. She was amazed and offered to help me co-found the company.

Then Jason offered to build the product.

Christopher showed up to advise us.

Ben said he would help with branding.

And finally Adrian offered to help create a video that explained how it all worked. 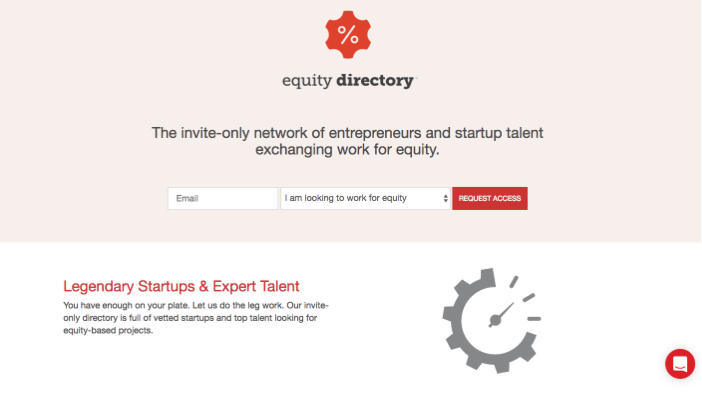 We made a new logo and a nicer web site. We registered on a handful of beta launching sites and thousands of people signed up.

Then American Genius wrote an article about us! By then we knew we were really on to something.

We started making quality connections and people didn’t care that we were early in development. We were delivering value and that’s all that mattered.

Then Forbes included us in a list of startup communities every tech entrepreneur should join!

Since then, we’ve connected hundreds of people with some great success stories. We introduced Fabio, a designer in Brazil to Scott, who was a Chief Architect at Red Bull in LA. They’re working on a new video broadcasting technology.

We also connected Jesse, a lead developer at Salesforce with a Hunter who’s a Harvard business school grad. They are working on a big data platform.

Now we are in talks with top tier universities to help connect students with each other.

As people continue moving away from the corporate identity, they are looking for ideas that move the world forward.

Steve Jobs once said “At Apple, we believe that people with passion can change the world for the better.”

What are you really good at and what are you passionate about? Did you once dream of creating a business but had to get a job to pay bills? What if you could be part of multiple new companies without putting it all on the line?

Or maybe you are the entrepreneur putting it all on the line and need help from these people who believe in your cause, who are willing to dig in and work hard. 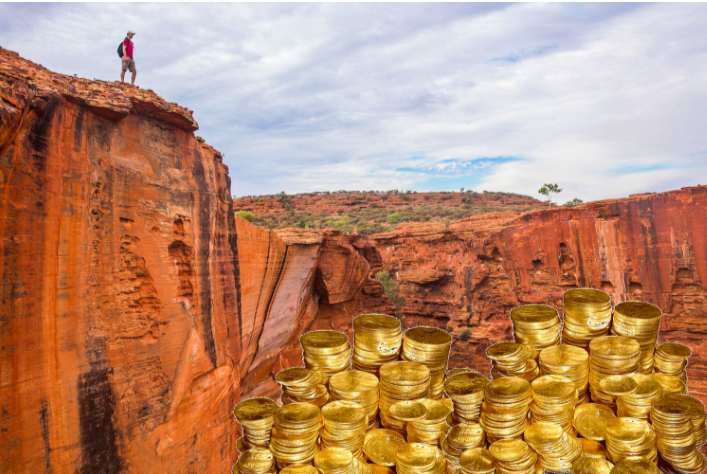 I truly believe the Equity economy has the power to radically change the world for the better.

I hope you will join me in building a bridge across that valley of startup failure and help bring more of those good ideas we all have in the shower to life.

The entire TEDx Talk below:

Co-founder of Equity Directory, TEDx Speaker, and Co-Host of Legends and Losers Podcast. Follow him on Twitter at: @colinvincent and @equitydirectory