What Startups Get Wrong About Social Media Strategy

When people talk about the transformative innovations shaping business in the 21st century, you may hear them talk about the influence of automation or the impact of increasing globalization. But one of the most revolutionary aspects of the digital revolution often goes unmentioned: social media.

Because so many of us tweet and post and share day in and day out on our personal accounts, it’s easy to think that social media is… well… easy.

But social media has completely transformed the way businesses connect with their audiences. And as any Founder who has struggled and failed to drum up an online audience for their brand can tell you, effective social media strategy is deceptively hard to get right. It takes a delicate balance of strategy and creativity, approachability and professionalism – and plenty of young companies struggle to find that balance.

Janet Fouts knows firsthand how social media can make or break a brand. As the CEO of social media management agency Tatu, she’s helped countless brands bring their message to life on their audience’s newsfeeds. For this session of Startups Live, she joined us to talk social media for startups and to break down some of the big missteps she’s seen startup businesses make. Along the way, she shares what it takes to truly break through in the digital world. 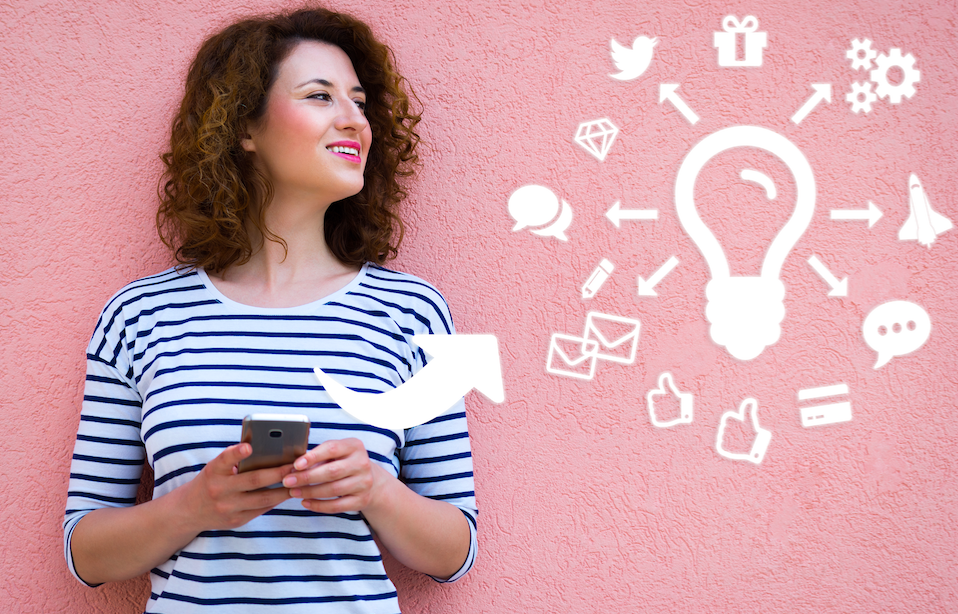 One common mistake to avoid when it comes to social media: underestimating its importance to your strategy – and the impact it can have on your brand. Janet Fouts shared one story of what can go wrong when you treat social media as an afterthought.

“We recently worked with a company that was in a highly technical field. They let a junior associate run social media because ‘she was young,” Janet remembers.

This is a common mistake that companies make with their social media. Either they underestimate the importance of social media, so they pawn it off on a junior team member, or they assume that a younger employee who is a “digital native” is inherently good at social media.

Giant neon disclaimer: this isn’t to say that young team members can’t be good at social media, or that they can’t be a contributor or even the driving force behind your brand’s social media strategy. But whoever is tasked with managing your social media, they need to have a lock on your brand, your goals, your voice, and your audience. Otherwise, you may find yourself in a situation like Janet’s client company did:

“[The associate] tried to adapt bro speak and it totally failed,” Janet remembers. “It alienated a lot of the market, and it took a bit to recapture their trust.”

Moral of the story: What happens on social media has real consequences for your brand. It deserves every bit as much attention as your pricing strategy or your branding.

IT’S NOT ABOUT YOU

Too often, brands think about social media use in purely transactional terms. They think only about what they expect to gain – followers, click-throughs, conversions – and not what they’re planning to give.

But social media is an exchange. In order to get value, you have to give value in return. “It’s great to have a narrative, but it has to have value to the people you’re talking to as well as yourself,” is how Janet expresses it.

“It’s great to have a narrative, but it has to have value to the people you’re talking to as well as yourself.”

Of course you need a strategy – a clear idea of your goals and the outcome you’re hoping to drive. But it’s important to make the value you’re providing to viewers a part of that strategy as well. And that “value” can’t just be “telling them about this product they can buy.”

Keep in mind, the vast majority of users don’t come to social media looking for brands to follow and stuff to buy. They come to keep up with friends and family, share their thoughts and experiences. And when your brand posts, you’re showing up in the middle of that intensely personal content. Be respectful of your followers’ feeds – and their time – and be sure you’re serving up content that informs, delights – and converts.

KEEP THE “SOCIAL” IN SOCIAL MEDIA

Another common mistake that startup brands make when it comes to social media strategy: forgetting the “social” in social media.

Sometimes, less savvy startup businesses will approach social media content the same way they’d approach a newspaper advertisement or a radio spot. They think about it as a one-way exchange: they tell the audience what they want them to know, and the audience listens.

“It’s about conversation, not spamming people with the same old messaging.”

But social media for startups is more dynamic than that. “It’s about conversation, not spamming people with the same old messaging,” says Janet.

Again, social media is unlike any other marketing channel in that it’s intensely personal. People want to see themselves reflected in their feeds – even when what they’re looking at is a branded post. That means being able to express themselves and interact with the brands that they’re seeing in their feed.

When you’re building out your social media strategy, make it a priority to let your audience know that their voice matters to you and your brand.

We’ve touched numerous times on the essential importance of knowing your audience – and nowhere is that more crucial than in your social media strategy. You need to know who your customers are, what they’re talking about, and what’s important to them – and then fit your brand and your message organically into those conversations.

“If it doesn’t resonate, or if they feel like it’s automated and there’s no human behind it, they are not going to respond to you.”

How do you tell if your content is resonating or not? “If people aren’t responding to your content, it generally means that you’re not striking the right voice with them,” she says. “If it doesn’t resonate or if they feel like it’s automated and there’s no human behind it, they are not going to respond to you by clicking, commenting, or sharing.”

Janet remembers one particular example of a brand whose message was out of sync with what users wanted to see.

“I was working with a company that manufactures running strollers,” she says. “The product was great, but their entire focus [in their social media messaging] was on the fabric and the tooling. It wasn’t about the lifestyle of people who run with their children.”

Janet and her team knew that if the stroller company wanted to connect with their audience, it needed to feel like there was a person behind – and that person needed to tell a story that felt more directly relevant to the audience’s lives and experiences.

“We created a strategy around talking about the lifestyle and how this particular product played a role in it,” Janet remembers. “We structured all of the content and the images around connecting the lifestyle to the product.”

No conversation about social media strategy would be complete without talking about the “p” word: paid social media.  Should you pull out your wallet for promoted Tweets and sponsored Instagram posts? Or is it better to go organic all the way?

“You can grow your following much faster if you carefully promote and target,” Janet observes. “But you have to be very careful about how you target so that you get people who are truly interested.”

“It doesn’t matter how big your following is. It’s about how much they care about you.”

The reason for that: paying for posts may increase your reach, but reach does not equal engagement. “Just because you have reached someone doesn’t mean you have connected with them,” Janet says. So what metrics should you use to measure the success of your social media, if not “reach”? Janet recommends comments and shares as more accurate indicators of how users are engaging with your message.

What about that other form of paid social media: paid followers? On that score, Janet is a little less complimentary. “Sure, you can pay for followers. But that doesn’t mean they’re going to give a crap about what you have to say. So why would you want them?” Janet points out.

When it comes to social media following, it’s definitely a case of quality over quantity. “It doesn’t matter how big your following is. It’s about how much they care about you,” Janet says. “If you have a small, engaged following and they’re really interested they have ever so much more value to you.”

There you have it: five surefire ways to strengthen your social media presence. Make social media a priority, keep your focus on the customer, foster conversation, make sure your followers feel heard, and focus on meaningful connections, rather than on mass quantity.

As a final thought: never forget that social media is about crafting community. In our increasingly fractured and fragmented world, people look to social media to feel connected to friends, family, and the broader world around them. If your brand can help build those bridges, you’ll be providing value that goes far beyond a product or a new feature. And that’s the kind of impact that users can subscribe to.

Need help crafting a social media strategy that connects?
Find an expert to bounce ideas off of over on Clarity.

Want to learn more about the visual component of social?
Read Vinay Koshay’s article on the importance of visual storytelling in social media.