Seeking Rare Unicorns: 7 Sparkle Traits To Look For When Choosing Leaders In Your Startup

Working as a leader for a startup is not for the weak. It requires a “rare unicorn” type of leader to see it through to stable profitability. We'll show you how to find leaders with sparkly-unicorn traits.

Working as a leader for a start-up is not for the weak. It requires a “rare unicorn” type of leader to see it through to stable profitability. The success of a business is how many unicorns you have on your team and how well they sparkle. What traits do I look for when seeking out the most sparkly unicorns of them all? 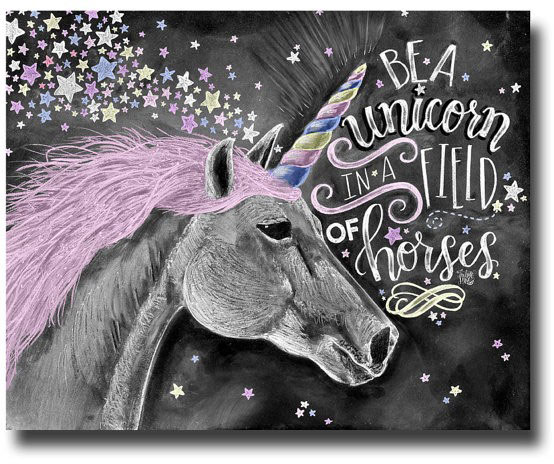 Hustling unicorns run long and fast, they work with a sense of urgency, and they do it with a smile. They have an extra comb in their pocket and come prepared with water and snacks for the ride. Unicorns are prepared, work hard and look GOOD doing it. 🙂 There is no complaining of long weeks or long hours….in fact, they enjoy the hustle.

Sparkle Indicator: Horses act “put out” by a workload. Unicorns will ask for more work and add a sparkle logo to the letterhead.

Trait #2: They Have a Glitter Trail

You can tell when a Unicorn has touched a process because it is better off as a result.

Sparkle Indicator: Horses will leave a smelly path of poo that everyone spends the next 6 months cleaning up while cursing their name. Unicorns will leave a trail of glitter poo that is pretty to look at as you walk by and wave at the well-executed process.

Unicorns don’t ask about or refer to “my day off”. They organize their time so that they work when it is needed and they take time off when they need to. The lines between work and play are blurred….because these two things are often the same to unicorns. There is work to be done and unicorns enjoy the work.

Sparkle Indicator: Horses act angry to work on the weekend. Unicorns will show up at 7am in high heels on a Saturday and ask if you need them earlier.

Rare unicorns NEVER throw their hands in the air. EVER. They roll up their sleeves and they dive in and they see it through. This doesn’t mean there aren’t moments of fear and stress, but they work through the stress with 100% engagement. Everything they see is their problem to fix — they dive in and fix away.

Sparkle Indicator: Horses will quietly go to the other watering bin when they see the first is broken. The Unicorn will go to the broken hole and google the problem. They will then go and buy the tools and fix it and add some extra glitter to the water just to improve the situation. They will then go and tell the horses how to do it themselves next time. After full problem-solving, they will take a drink of glittery water for themselves, satisfied with a job done well.

Trait #5: They See The World Through A Rainbow Lens

These unicorns are invested in the long-term outcome. They see the potential and they keep their eye on the sparkly rainbow prize and work to see it through.

Sparkle Indicator: Horses see a problem and start to groan. They roll their eyes and cross their arms and pull away from the team. Unicorns see a problem and lean in with their long glittery mane and ask questions to better understand how to make things right, taking notes on their glittery notepad.

These unicorns want to build systems for other unicorns….why? Because they know they are working smarter and that their future workload depends on how well current systems are developed.

Unicorns WANT to make money and turn a profit. Unicorns are as excited as the owner to see all of the hard work result in a bottom line difference. Unicorns care about the company as much as their personal job because they realize you can’t have one without the other!

Sparkle Indicator: Horses will shrug their shoulders when asked about their sales reports. Unicorns will push those horses aside and build new revenue streams to be able to give themselves and all the horses a paycheck….with a glitter stamp on the back.

Advice to Owners of Start-ups: Seek out the rare unicorn leaders and then treat them as if you depend on them — because you do. They are your best friends and best allies and best ambassadors for your making your business sparkle with all of the Unicorn glitter they leave in their paths.