Getting Your Idea Going: Popular Excuses for Not Starting

Quit making excuses. No one has ever lost weight talking about losing weight. You need action to get results.

Don’t miss out! Check out the previous edition here:

–Getting Your Idea Going: There is no perfect idea

You should have started your business yesterday.  You’re reading this because you didn’t.  It’s frustrating, I know.  You find yourself waiting for that perfect storm of events to come together to make it obvious that it’s time to get going.

Instead, you come up with a perfect storm of excuses.

Founders basically use three basic excuses to avoid starting–and they all “feel” valid at the time! But, what’s (usually) missing is someone willing to challenge them.

Today let’s put some excuses down on paper and figure out how we can get past them. 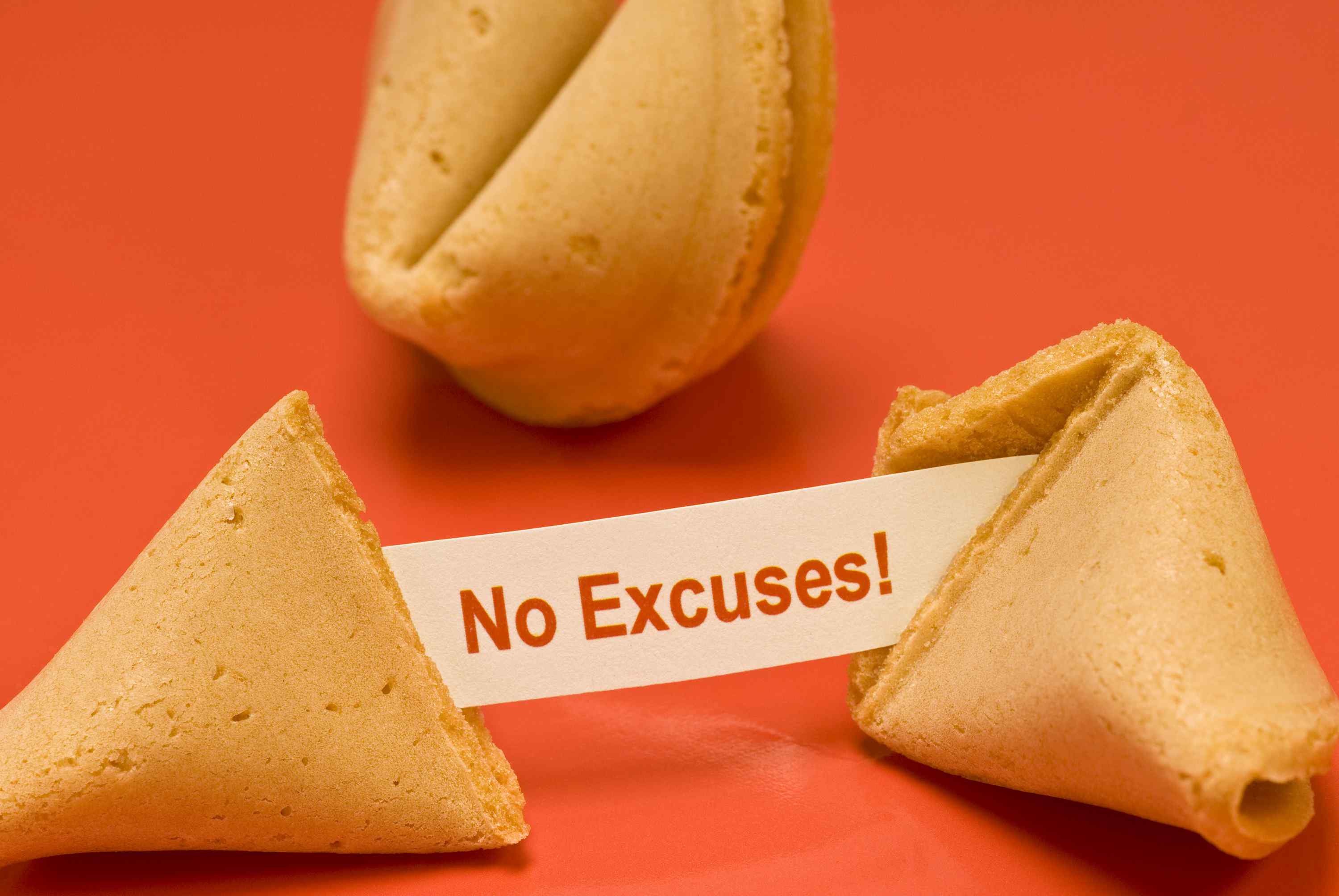 Your idea doesn’t need to be entirely novel—But, it does need to be better executed.  Steve Jobs launched the iPod six years after portable MP3 players were introduced. We can all agree that worked out pretty well.

While novelty does have some benefits, I’ve seen a million novel ideas executed poorly.

“Oh, I’m just waiting for the perfect time to start.”

You’re too young. You’re too old.  You just started a family.  You need to finally finish reading The Hobbit.  You want to finish school.  If only your home remodel would just be over—Then, you’d be in a much better place get started.

This is all bullshit.

Entrepreneurs far less capable than you have done extraordinary things in the most perilous of times.  The difference between you and them?

They actually got started.

Often, what’s keeping you from starting is putting too much on your plate to get started at all—creating an artificially high wall.  You don’t need to open a whole restaurant to sell people food. That’s where idea for food trucks came from!  Someone overcame the wall.

“I need more Experience &/or Money.”

While there’s no downside to gaining more experience and saving more money—It’s rarely the catalyst for starting. More often than not— it’s a frequently-used excuse that will keep you from starting altogether.

There’s a reason so many entrepreneurial stories start with someone in college with no money or experience—Because they’re thinking less about what’s holding them back and more about what they stand to gain. When I started my first company I was a 19 year old theater major with less than zero experience and maybe $100 to my name. The same goes for folks like Jobs, Gates, and Zuckerberg, though apparently they were also a lot smarter than me—so there’s that.

We see thousands of startups and, frankly, very little variation in the trajectory of success isn’t hinged on the hustle of the Founders. If you don’t have hustle, you will fail. The rest you can earn along the way.

All you need is a Lack of Excuses

If you’re still clinging to these excuses, the first thing to do is face them head on. Vanquish them.  At the very least acknowledge that they aren’t what’s really holding you back. That if you really wanted to, you could get started in some fashion right now, today.

No one ever lost weight talking about losing weight.  You need action to get results.

>> ACTION >> Write down why you’re not starting.  Look hard at it.  Now write down what it would take to change that today.  Now throw away the first part.