We sit down with Parceed Co-Founders Tatiana Sorokina and Louisy Raymond to discuss how their company matches med students to the residency of their dreams.

Last year, Tatiana Sorokina’s twin sister was struggling to figure out where she should do her medical residency. From the thousands of options, each with it’s own set of offerings and requirements, how could she know what really mattered? How could she even know what was available, much less what was good?

It was a nightmare, but Tatiana’s sister had something other soon-to-be med students didn’t: A data scientist for a twin. So in a move that might just qualify her for Best Sister of 2015, Tatiana created an algorithm that would help her sister sort through her many, many options.

When her sister got into med school, sanity intact, Tatiana brought the prototype to her colleague Louisy Raymond, a veteran marketer with years of experience at WebMD and other health startups.

Louisy recognized her own struggle to figure out the ins and outs of higher education herself in Tatiana’s sister’s story, and the two decided to join forces.

The result is Parceed, a brand new way to match potential students with the higher education they’re dreaming seeking.

A Match For Life 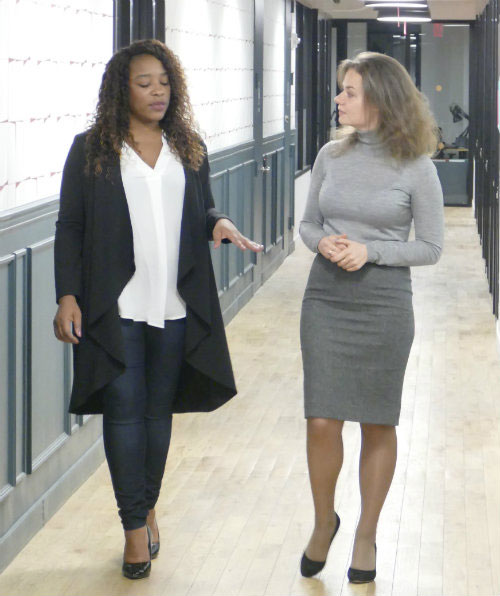 Following conventional startup wisdom, Louisy and Tatiana are starting with what they know: Medical students trying to get into residency programs. The idea is to perfect their system within this small niche — a small niche with a high need that isn’t currently being met — and then expand to other types of higher education. Louisy envisions a program that works for everyone from high school students looking for colleges to people searching for the best baccalaureate program.

The key, of course, lies in their matching algorithm. When asked if Parceed can be compared with online dating (which, of course, is the most well-known use of matching algorithms) Tatiana clarified that while, yes, they do use certain characteristics of students to match them with programs, this isn’t a “swipe left, swipe right” situation.

“This is a match for life. The match between a student and a school is something that a student will carry with him or her for their rest of their career or even their personal life,” Tatiana tells Startups.co. “That’s where you form your friendship community, where you network, maybe even where you find a romantic match.” 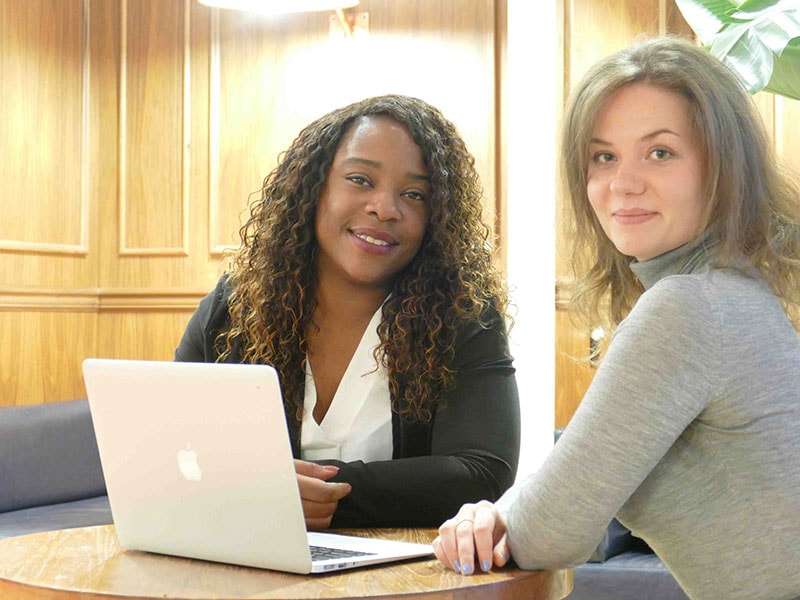 While Tatiana came to Parceed by way of her twin, Louisy’s experience was even more personal.

“My mother came here specifically with the intent of me getting a higher education,” Louisy tells Startups.co. “And when you get to it, it’s not easy. There are a lot of barriers that come up. What we’re building here will help remove one of those barriers.”

Louisy’s mom’s determination to make sure that she had a great education, she explains, was a powerful force — but there were some things she simply didn’t know, because she hadn’t been there herself. And, as a result, Louisy had to struggle through figuring the complicated systems of college and grad school admissions more or less on her own.

The future of education for med students

And while matching is the first step for Parceed, Louisy and Tatiana envision a future that includes information about how to get through each step of any application, from writing personal statements to securing financial aid.

They also want to launch a chat program that will allow potential students talk to other potential students, allowing them to learn from each other and start making connections before their programs even start.

But for now, they’re starting at the beginning: Matching med students to great residency programs, with the hopes that the future will be brighter for everyone.