If your business is ready to make the leap from living room to boardroom, do it from the heart of a startup ecosystem.

Are you in the startup or growth and establishment phase of your business? Odds are you’re already thinking about the importance of location.

Where you’re located might not be a huge concern when you’re the sole member of your “team”. However, once you grow the business past a critical point, you’ll need to attract additional talent and investment.

The temptation to set up shop in an inexpensive city is entirely understandable. On the face of it, it seems the most cost-effective option. After all, startup hubs such as New York, San Francisco, London, and Singapore regularly rank in the top 10 most expensive cities in the world, both for cost of living and cost of doing business. So why not go somewhere cheaper? Or even further afield: to a country with a favorable cost of living vs. quality of life ratio?

Ignore the price tag. Despite the often high upfront, and ongoing, costs of locating your startup in Boston or Silicon Valley, there are compelling reasons why you should. Besides, coworking spaces make office space more affordable. 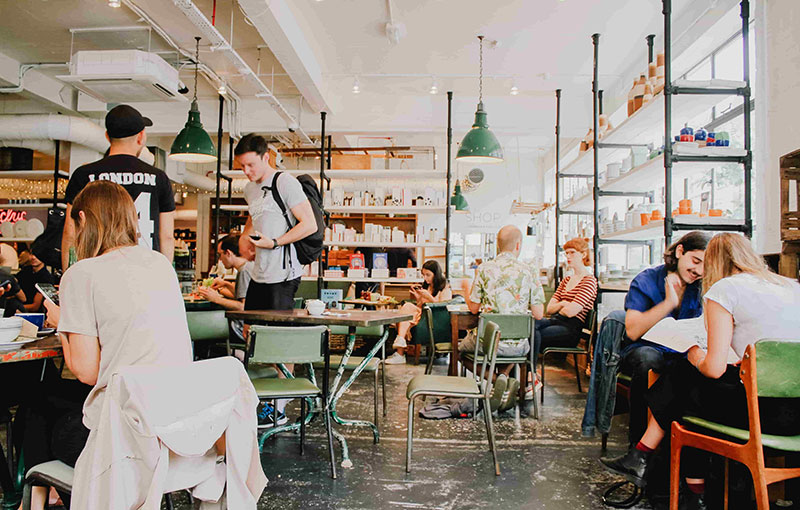 Talent is one of the most important factors in the success of any startup. Close proximity to innovation hotbeds like MIT, near Boston, or Stanford, in the heart of Silicon Valley, comes with tangible benefits. For one, it gives your startup built-in geographic access to some of the brightest young minds in the world. As a result, a secondary benefit might include saving on relocation costs for new employees. Young people, including university students and recent graduates, are less risk averse and more willing to accept the challenges of working at a startup. Intense competition for jobs can also help keep wages down and keep your team motivated.

Trying to find the right person for the job in a small town, or in a country where applicants with the requisite skill-set are in short supply, can lead to both crippling delays and significantly overpaying for the inevitably limited number of talented applicants available in a smaller town. Don’t feel limited to the typical cities, either; unexpected locales like Toronto and Berlin are burgeoning talent pools that should be considered when deciding on where to set up shop. These cities often contain coworking spaces which help make office space more affordable. The collaborative nature of startup cities like these draw young talent, creating competition for jobs and ultimately driving wages down.

If your small business is at the point where you’re considering relocating and hiring a team, you’re also likely trying to attract investment. Undoubtedly, most businesses that set up shop in small towns hit a wall around 50 hires, then find that getting good talent costs an exorbitant amount. Venture capitalist investors and funds tend to cluster geographically around talent, which is another reason to choose your office location wisely. While high net worth individuals may be found virtually anywhere in the world, you will need to source money from investors and investment entities willing to commit capital to a startup — a venture that is inherently high-risk.

Finding potential investors for your business is substantially easier if you’re in close geographic proximity to their network. Personal interaction remains a powerful tool, and the right locale gives you easy geographical access to important events where you can network with key influencers. The ability to hold a last-minute meeting or simply grab a casual coffee with an investor could end up being a game-changer for your business. Informal meetings and chance encounters, with the right people, are far more likely to occur when you’re in the same neighborhood.

Take a look at the table below from Startup Genome. They’ve ranked the top 20 cities worldwide for startups by key indicators such as talent, performance, and funding. One basic observation? Every single city has a population of over 1 million. 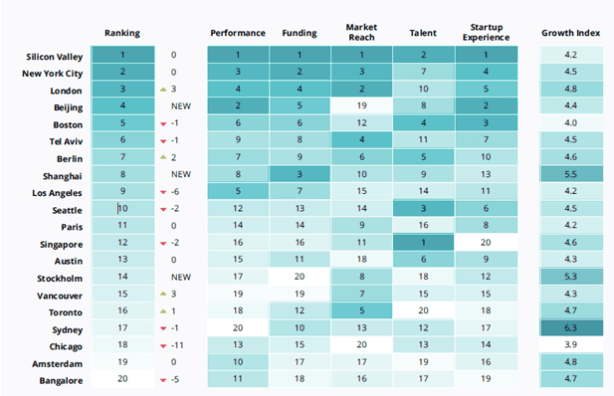 Startup Genome, a US-based advocacy organization recently released its third and most comprehensive “Global Startup Ecosystem Report.” The 2017 survey yielded some intriguing results. In terms of access to talent, Silicon Valley was bumped into second place by Singapore. But it comfortably retained the overall lead as the most “startup-friendly” location. With an ecosystem valued at $264bn, Silicon Valley is still double the size of its closest rival, Beijing.

Another compelling metric is the average early stage investment in startup companies located in one of the top 10 cities was $498,700. That’s 59% higher, on average, than in the cities ranked 11 thru 20.

Charles Kane, a senior lecturer of finance at MIT, argues: “If you’re starting out, it’s by far best to be in either Silicon Valley or the Boston area. They remain the hottest centers of entrepreneurship and venture capital, so you’ll be in an inherently supportive ecosystem where entrepreneurship is as natural as drinking water.”

Last but not least, make sure to investigate whether the location you’re considering offers tax breaks or other incentives applicable to your business. Even the most established hubs feel the bite of competition from other markets, especially as startup costs grow more prohibitive.

Governments at the local, state, and even federal level compete avidly for new investment from SMBs. For an example of this on a massive scale, take a look at the frenzied competition to become the location of Amazon’s next HQ. While government incentives will never come close to eliminating the initial and operating costs associated with being located in a startup hub, they may help soften the blow. Here are some examples of incentive programs in Boston, New York, and Silicon Valley.

The Cost of Cheap

The opportunity cost of choosing your location “on the cheap” renders any apparent savings a false economy. And potentially a fatal one for your business. As the old adage goes “location, location, location.” For tech startups, it still holds true.

If your business is ready to make the leap from living room to boardroom, do it from the heart of a startup ecosystem. As your company grows, you will have access to the best talent, knowledgeable investors, and friendly government initiatives.

Ismael Wrixen is the CEO of FE International, a market leader in the sale of SaaS, e-commerce and content businesses. I have overseen the sale of hundreds of millions in online businesses, including the sale of the popular accounting software, Less Accounting, and the acquisition of Drip by Leadpages. I am also an active investor in SaaS businesses, sit on the board of numerous exciting SaaS start-ups, including MageMail and MRR Media and am a member of the Forbes Finance Council.