Ilumi CEO and co-Founder Corey Egan talks about the realities of competing in one of today’s most competitive industries.

It was one of the first gut-check moments where you have to prove to yourself how much you want it.

Corey Egan and his co-Founder Swapnil Bora were feeling pretty good about the direction their company was headed in in summer 2014. ” We had gone through a series of business competitions, we had filed patents, we had built out prototypes,” Corey remembers.

Not only that – when they looked out at the market, Corey says: “We were the first ones we had seen to put anything out there.”

Then one morning, Corey woke up and everything had changed.

“I woke up and I had like ten text messages from folks that I knew saying, ‘Hey Corey, this just launched on Kickstarter today,’ ” Corey remembers. “And it was a crowdfunding campaign for what is now one of our larger competitors.”

Just like that, Corey says, the mentality of the company shifted. “We really had to change our mindset from ‘No problem, clear path, no competitors’ to, ‘How do we out-execute, out-innovate, out-think these folks?’”

Seeing that Kickstarter go live was a major reality check, Corey says. “It was one of the first gut-check moments where you have to prove to yourself how much you want it – that you can do it.”

HOW TO GROW AN INDUSTRY

At this point, the space Corey’s company, ilumi, is in becomes really important – because saying there are competitors is kind of an understatement. 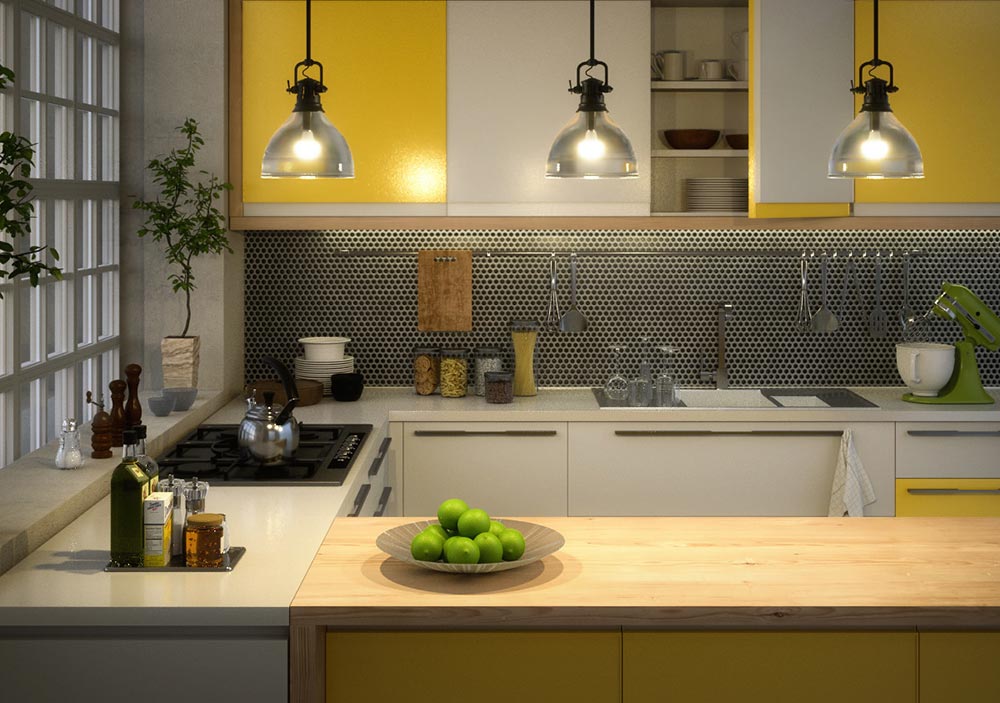 They’re in home automation – smart lighting, to be specific, an industry that’s projected to be worth anywhere from $8.14 billion to $56.62 billion by 2020, depending on which report you go with.

ilumi is no slacker in the space, either. Their own crowdfunding campaign on Kickstarter brought in $145,000 from more than 1,000 backers. An appearance on a little show called Shark Tank in 2014 got them investment support from a guy you might have heard of: Mark Cuban. And they recently scored the holy grail of hardware distribution: big box retail. A few weeks before we jumped on the phone, ilumi announced their rollout in all 1,000+ Best Buy locations across the country.

In the midst of all that success, Corey and the ilumi team maintain perspective on the realities of competing in a crowded market. Even at the time they saw that first Kickstarter go live, Corey says, he and Swapnil weren’t exactly burying their heads in the sand about the fact that one day they would have to take on competition.

“We knew, just because so many arrows were pointing in this direction, that there would be others at some point,” Corey says.

Our job is to make sure that we’re finding a way to create a value proposition and resonate with our customers better than the rest.

Not only were they realistic about the competitive landscape, Corey says – in a way, they welcomed it. “It definitely served as validation that this is a good idea and there are people out there that are interested in this,” Corey says about that first Kickstarter success they saw.

At the end of the day, Corey says, competition is just good for the industry. That multi billion-dollar market size? Corey points out that that never would have happened without other players in the space helping to build awareness.

“The product needs an ecosystem,” Corey says. “It needs multiple players and perspectives. It needs options. Our job is just to make sure that we’re finding a way to create a value proposition and resonate with our customer base better than the rest.” 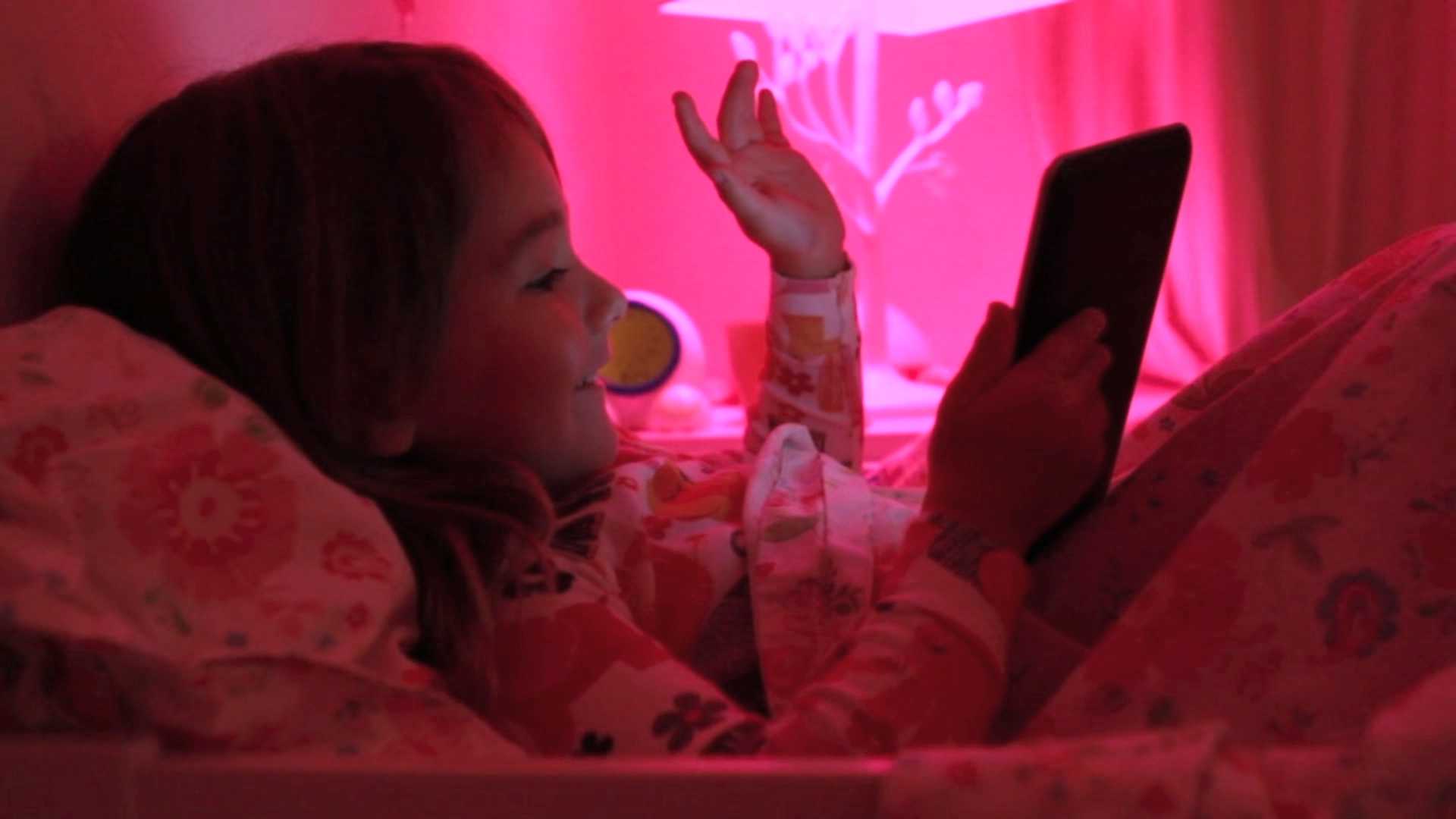 On that front, Corey feels good about the steps ilumi has taken. “I think we’ve done a really good job of making tougher decisions, from a technology and development perspective, that we feel are going to result in a better experience for our users,” he says.

One major example: instead of borrowing an off-the-shelf solution for connecting their bulbs to users’ devices, ilumi built their connectivity solution from scratch. The result is ilumi’s proprietary Bluetooth Mesh technology, ilumi Meshtek™, which the company website calls “the first and most advanced Bluetooth® Low Energy mesh in the world.” MeshTek “extends the range and increases the number of bulbs you can control over Bluetooth,” and it has become a major cornerstone in ilumi’s vision for smarter, simpler IoT experiences.

It wasn’t the easy solution, Corey says – especially two years ago, with where Bluetooth was at from a technology perspective. “People kept saying to us,  ‘Why aren’t you Wi-Fi? Why don’t you use ZigBee? That’s what everybody else is doing!’ ” Corey remembers.

It wasn’t like we said, ‘Screw everybody else, screw the world, we’re just going to do this because we want to.’

Those critics weren’t telling the ilumi team anything they didn’t already know, Corey says. “For our part, we would just tell those guys, ‘Yes, we understand that there’s limitation with Bluetooth range today, but it’s an ecosystem that’s growing. There’s going to be more Bluetooth devices out there than any other type of wireless device in the future. And at the end of the day, it results in a better experience for customers, a simpler experience.”

Corey says he and his team knew that by going down this path, they were taking a risk – but it was a calculated one. “It was a big bet in terms of time and effort and getting it to where we needed to get it,” he says. “But at the same time it wasn’t like we said, ‘Screw everybody else, screw the world, we’re just going to do this because we want to.’”

Why did they do it? Like pretty much everything else at ilumi, Corey says, “we did it because we had a gut feeling that it was going to result in the best experience for the customer.”

STEER YOUR OWN SHIP

Today, that quest to create the best possible experience for customers continues to be priority number one at ilumi. When Corey and I jump on the phone, the team is gearing up to release a new version of their app, rebuilt completely from the ground up with customer feedback in mind.

Staying focused, and making sure that you’re executing to your vision and your strategy – it’s not easy, Corey says, especially when you’re working in one of the hottest spaces in the startup universe. “It takes a lot of confidence in what you’re doing,” Corey says – confidence that he and his team have, not just in what they’re doing, but in how they’re doing it.

As for how ilumi handles the other companies out there that are tackling that same set of problems? “We definitely don’t operate with blinders on in terms of where the ecosystem is at,” Corey says, “In this category especially, it’s shifting so much, there are definitely adjustments and tweaks you make along the way.”

At the same time, Corey says, you have to maintain a big-picture perspective, and stay committed to your unique vision and value proposition.

“You don’t want to constantly be turning the boat,” he says. “Otherwise, you’re never going to get anywhere.”