Why M&A Due Diligence Is So Important: A Cautionary Tale

Mergers and acquisitions can be paramount to a company’s long-term growth strategy, but when M&As go wrong, it can lead to disaster. Here's why M&A due diligence is so important.

Mergers and acquisition–commonly referred to as M&A–can be an exciting and even critical part of a company’s growth strategy. When done right, a successful M&A can help two companies gain valuable market share, expand their product portfolios, increase profits and inject more equity into their brands. But when M&As go wrong, it can be quite a different story, involving cultural clashes, litigation, epic losses and even bankruptcy. 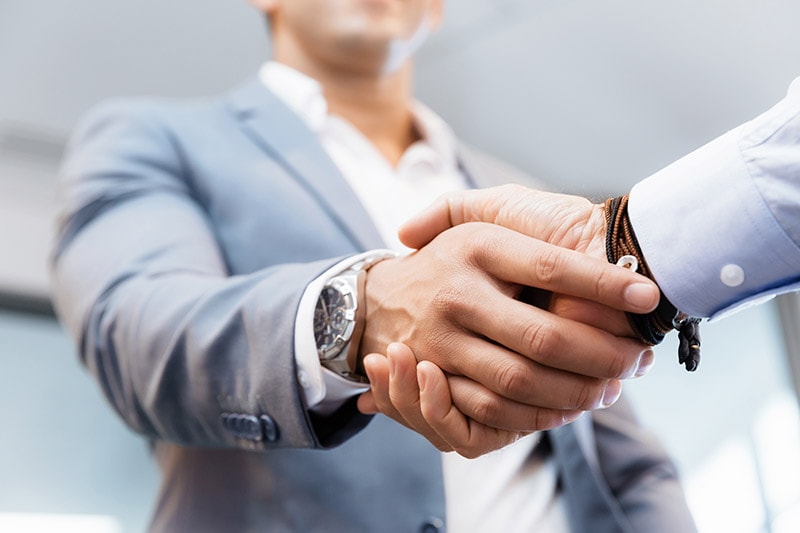 Way too many companies rush headlong into these professional marriages without spending the time to first carry out their due diligence. Yet, an M&A is one of the most important decisions you can make for your company’s future and sufficient research needs to be conducted.

What Does M&A Due Diligence Involve?

M&A due diligence should go way further than a cursory glance at the balance sheets, company records or competitors. In fact, a whole host of business and legal activities are involved.

In 2015 in Delaware alone, shareholders challenged a massive 65 percent of all M&A deals valued at over $100 million. By investing the time to plan carefully, a company should be able to consummate a successful sale and avoid becoming a cautionary tale.

The Corporate Financial Institute comprised a checklist of over 25 items that should be carried out during due diligence, from evaluating the management team, to the company’s marketing activities, existing commitments and environmental footprint. Here are some of the main points.

When it comes to financial matters, you’ll need to be thorough, going through the target company’s financial statements, working capital, audits, EBITDA and other financial metrics. This will give you key insights into the projected future growth. It will also ensure that you avoid any nasty surprises after signing the dotted line.

Such a situation was recently illustrated during the sale of an Amazon business. The M&A was on the point of being concluded until a financial check flagged up that the business had not been collecting sales tax from its customers to the tune of $70,000. Had the buyer not uncovered this key information, they would have been liable for it.

It’s essential to examine the target company holistically and not as a sole entity. That’s why it’s important to find out about any existing contracts and commitments with third parties. These can include settlement agreements, intellectual property rights, revenue shares and more.

Currently, Loytr, the app company behind MyPad, is seeking damages from TinyCo for unpaid revenue shares. TinyCo became a profitable video game company and was acquired by Jam City for an undisclosed amount.

But back in 2011, it was just a startup entering a revenue share deal with Loytr to access MyPad’s substantial customer base, on the agreement that they would pay a share of future income.

While the lawsuit may have been an overlooked or undervalued contract disclosure, it could now end up costing Jam City a hefty sum for a contract deal it inherited during its acquisition.

Conflicting company cultures is one of the biggest reasons for failed mergers. In fact, according to a report by the HayGroup, an astounding 91 percent of mergers fail because of culture shock.

Moreover, a 2004 survey by Mercer uncovered that 75 percent of executives felt that “harmonizing culture and communicating with employees” was one of the most important factors for M&A success.

The history books are littered with cases of mergers that dive bombed due to a failure to merge synergies, but one of the most high profile of all time was the 1998 merger of Daimler Benz and Chrysler.

On paper, the M&A made perfect sense. The union of two respected global brands and car manufacturers that would complement each other’s product portfolios and gain greater market access in broader geographical regions.

Yet, what ensued was nothing short of a PR nightmare. The two company cultures came together like oil and water. Daimler Benz followed a traditional hierarchical approach, whereas Chrysler was risk-taking, loose and entrepreneurial.

The sparks literally flew between the Germans and American teams, leading to the walk out of key Chrysler executives just before the merger.

Ensuring a strategic fit of corporate cultures should be a prerequisite to any merger.

Customer Base And Competition

For a successful merger, the buyer needs to understand the target company’s customer base in depth and the competition they face.

This includes who their largest clients are, what types of prospects they have in the pipeline, whether they sell to a growing demographic, and what types of revenues are generated. They will also need to ensure that they’re on the same page when it comes to the level of customer care.

When Sprint and Nextel Communications merged in August 2005, in a $35 billion stock purchase, the companies became the third largest telecommunications provider. Sprint catered to consumer markets with local phone connections, while Nextel had a core business market. The merger was meant to cross and upsell each others products.

Once again, the problem of company culture raised its ugly head, but even more noteworthy was the fact that Sprint had gained an appalling reputation for customer service, experiencing the highest churn rate in the industry.

The difference in opinion on how to treat customers and failure to deliver on their promises led to many Nextel executives leaving the company. Sprint was also facing stiff competition from communications giant AT&T, Verizon and Apple, as more people started buying the smartphone.

In 2008, Sprint wrote-off a massive $30 billion due to impairment to goodwill and its stock was given a junk rating.

There are a wealth of problems that can crop up in M&As, but many of them can be avoided by carrying out the appropriate due diligence beforehand. So, be sure to take the time, hire the right people for the research, and understand fully what you’re getting into to avoid becoming a case study on yet another failed merger.

Jordan French is a Fast 50 and Inc. 500 five-time serial entrepreneur and editor at TheStreet.com. An engineer and intellectual-property attorney, he is the founding CMO at BeeHex, co-founder of BNB Shield, and founder of Notability Partners. Additionally, he is a regular contributor to Entrepreneur, CIO.com, TechCrunch, Tech.co, Huffington Post, business.com, Outlier magazine, Today.com, and Influencive.