Hardware is hard. So why does eero do it? — Interview with Nick Weaver, Co-Founder and CEO

It might seem that the economics of making hardware are at odds with the cycle of easy money and fast startups, but there are still people who think that hardware is a good business because it is so difficult. 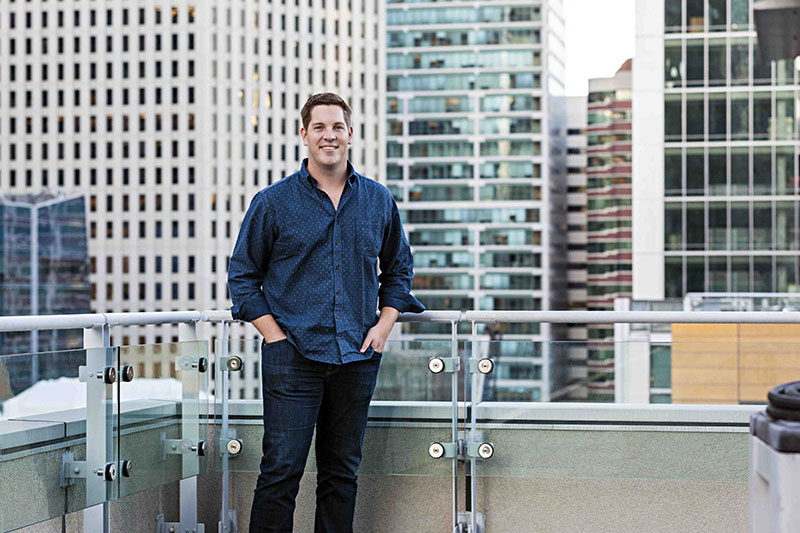 In Silicon Valley, where it costs  next to nothing to build a company based on just software and a clever business model, some people still make hardware. Physical goods. Things that have to be manufactured, boxed up, shipped, plugged in. Things that break.

It might seem that the economics of making hardware are at odds with the cycle of easy money and fast startups, but there are still people who think that hardware is a good business because it is so difficult.

One of those people is Nick Weaver, the 28-year-old founder of eero, a company that has turned the un-sexy world of WiFi routers on its head. Before he started his company, he was the guy at his family house who kept the network equipment up and running. Often this meant nerdy network management and entailed a lot of unplugging and re-plugging routers to get them to reset and (hopefully) work again.

He was the family’s resident nerd. Later, as a student at Stanford, where there’s no shortage of nerds, he became a network administrator. Running a big campus network has similarities to running family networks: Big networks also fail, wires fray, and you have to power-cycle hardware. But for big networks you also have management tools to make running a network possible from a central location. Big networks are also made of many smaller pieces of hardware, even though they look like a unified network to the user.

Weaver wanted to bring the power and controllability of a big network to the home. He saw this as an opportunity, despite the fact that the consumer networking space was, when he entered it, a brutal battleground with gaudy hardware, price competition that leads to slim margins, and cut-throat distribution deals.

Weaver’s eero router is neither gaudy to cut-rate. It is a slim white box with a subtly domed top and no external antennas. Its software is simple. And unlike all the home routers that came before it, it’s designed to work in a mesh of several routers per house. Each one communicates with the others, and they spread the radio signal throughout the house so there are (it’s claimed) no WiFi dead zones.

Eeros’ are also expensive: The list price of a 3-pack is $499, well above what a single high-powered router usually goes for. But this system is sold as WiFi for people who don’t want to mess with WiFi routers, and who are willing to pay for the simplicity.

Since the eero was released early in 2016, other companies have entered the market with direct competitors: Multi-packs of meshed WiFi routers touting the same “no dead zone” pitch and simple software.

As has happened in the WiFi router business before, the field is getting crowded. And networking equipment, today, is seen by many as a commodity. Certainly, the business reflects that: There’s a lot of price competition in the WiFi router space. Margins are depressed, and manufacturers rely on fancy new features and expensive marketing to convince consumers they need them. It is not a boutique business.

So why would anyone get into it?

Into the deep end of the pool

If you create a new category, Weaver says, you can be its leader. That’s what he’s been trying to do with eero. Yes, the WiFi router market is crowded. But eero is redefining it.

“If you’re leading the charge, you’re in charge of messaging. That’s where we wanted to be.” He points out that before eero came along, there were no “whole-home WiFi systems.”  There were just standalone WiFi routers.

If you’re leading the charge, you’re in charge of messaging.

Weaver isn’t living in build-it-and-they-will-come fantasy, either. This company made its head of marketing its third hire. “You need marketing and product development to happen in lockstep,” Weaver says. “You need to keep course correcting. On everything. Like the price point.” He’s convinced that without the tight marketing integration from the start, eero would not have made it this far. With this heavy focus on marketing, eero pre-sold $2.5 million of routers in two weeks, long before the product was ready to ship.

Eero also treats its entire customer base as a giant system for intelligence gathering. Unlike most routers that came before it, eero devices communicate back to eero HQ, reporting on how they’re performing, and what’s working and not. (Nick makes it clear that eero is not tracking the sites that people visit, nor recording any data.)

“Every eero in the world is sending data back about how networks are performing. It’s a lot of data we use to keep improving the software.” Indeed, eero sends out software updates to its eero routers frequently. Often the updates are just bug fixes, but every now and then users get new functions, like a parental control mode that was added in June.

Aside from computers and mobile devices like smartphones, few products are updated frequently like this, although it is a new direction in “smart” appliances and products. Nest thermostats are updated from time to time. Tesla cars get over-the-air updates. But even the consumer routers that do occasionally get bug-fix or security updates often end up unsupported or “orphaned” long before they’re reached the end of their useful life. When you get an eero system, you’re signing on for continuous improvements in the product, not just the occasional security patches you may get with most other electronic appliances (if you get any updates at all).

Adding to eero’s different experience is the company’s devotion to customer support and service. This is unusual in a product category that has razor-thin margins, Weaver says eero is “huge on support.” When confronted with the reality that customer support is expensive and likely to depress profitability if done to extreme, Weaver says, “I challenge that. If you try to minimize support costs, you might actually increase support costs. Your time to resolution will be huge. The number of calls will be huge.”

Weaver says says that if you invest in training people, pay them well, and make sure they’re not just script-readers, you are more likely to get problems solved quickly, lowering the net cost of support.

Weaver points to other companies with low margins that do support well: Amazon, for one. “Their logistics issues are huge, and their margins are low,” but they still aim to support customers with a personal touch. “You have to figure the costs of poor support,” he adds. “You’ll have a low NPS [Net Promoter Score], and your customer will not be your advocate.”

eero is not an ordinary WiFi router, and it’s not an ordinary router company either. Weaver is trying to make it into the company that solves the hassles he dealt with back when he was troubleshooting home networks for his family and friends. In the process, he’s re-thought how to run a networking hardware company from the ground up.

Hi, My name is Rafe. I have been covering new technology products and companies since 1988. I have worked as a product reviewer, a magazine and Web site editor, a news writer, a podcaster, and a video interviewer. I know tech, I know startups, and I know the Maker community.