Focus is Underrated: Breakfast with Divya Narendra, CEO of SumZero

There are a spectrum of business needs—from must-have, to nice-to-have..to something commoditized and not really needed at all. To get to that point, focus on getting customer feedback and really understanding your space -- knowing who all the players are, what their pricing is like, what their margins are, how they differentiate, and what their online strategy is. 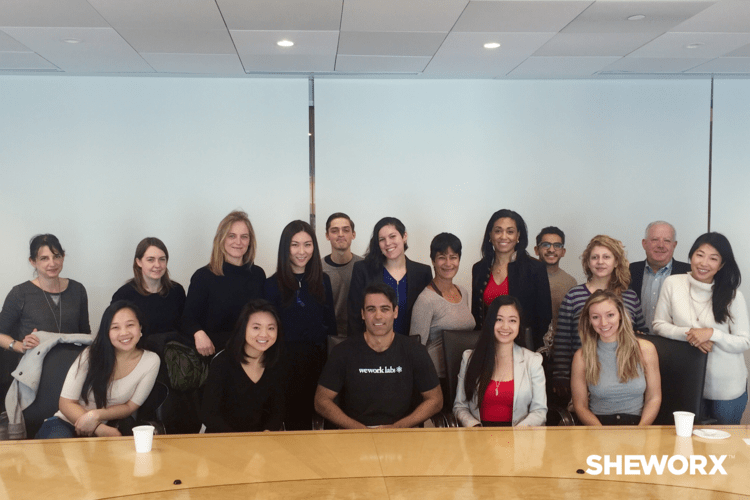 In 2002, when Craiglist, Friendster, and MySpace were the popular social networks, Divya Narendra was a Harvard College student who identified with the idea of online social networking.

“Its usefulness was obvious to me as a student, because I felt like I was in this campus with a lot of students, 6000 undergrads, but I didn’t know that many,” said Divya. “In Boston, there are around 50 colleges within 50 square miles — it’s very dense city as far as universities go, and I had no real great point of contact between the various universities, so I felt like bringing that community together was sort of a no brainer. When I thought about the scaling opportunities, it was pretty obvious as well — this was a use case that would be applicable to every college, not only in Boston but across the world.”

So, despite having no business or financial experience, Divya jumped straight into launching the idea as a business. His first hurdle was building a team.

“That was extremely difficult, because at that point in time, I could count on my left hand the number of students interested in entrepreneurship,” said Divya. “Most kids in college are worrying about finals and trying to get through their classes, not thinking about ‘Okay we’re gonna go start a business.’”

Enter Mark Zuckerberg, the fourth programmer Divya and his team reached out to.

“We were in a rush, and we were like ‘Look we’ve been trying to get this code out forever, can you just finish it? And he was like ‘Yeah sure, I’ll do that.’”

Mark excitedly agreed to join their team as a partner. A few months later, they read about the launch of Facebook in the Harvard Crimson, and thus began a 10 year saga of litigation, and Divya’s doppelgänger appearance in The Social Network movie. 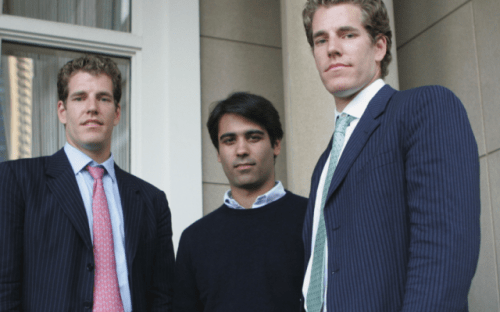 Divya graduated from Harvard in 2004, worked at Credit Suisse for a year, and then moved on to working at a hedge fund. When the hedge fund was sold during the credit crisis, everyone was fired — including Divya. It was then that Divya took his second shot at entrepreneurship and came up with the idea for his second social network, SumZero, the world’s largest community exclusively for professional investors.

“While I was [at the hedge fund], I realized some of the issues with investment research and how research was both aggregated and disseminated within the investment and money management industry. I also had this social media background having launched ConnectU, so I decided, instead of going to another fund, to start another business.”

It would be a few more years, with Divya going to grad school and raising capital while in school, before the platform came to life, but today the business is progressing steadily.

Divya shared insights from his experience with building online communities and his work with SumZero at a SheWorx breakfast. 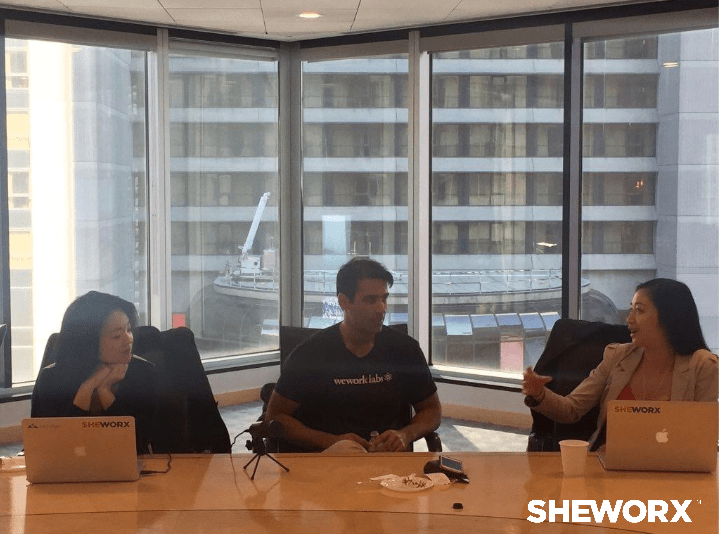 HAVING A TEAM THAT YOU TRUST IS CRUCIAL.

While it is important to protect yourself and do what you can from a legal standpoint, Divya notes that much of building a team comes down to trust.

“I can’t overstate the importance of working with people who you fundamentally trust. The Zuckerberg case is interesting because he wasn’t someone we knew personally, or had worked with before. We partnered with him on faith, but I think our vetting process was somewhat rushed,” said Divya.

Learning to vet and build a team is a soft skill of learning to understand the temperament and nature of a person and how they handle disagreement.

Despite having to outsource his first engineers while bootstrapping SumZero, Divya advises against outsourcing and working locally with your team as much as possible, as outsourcing makes communication and mutual understanding much more complicated.

“The communication benefits you get of being co-located with your team are so much better. There’s really no comparison at all, especially if it’s a tech company. If you’re trying to build a tech company, engineering and tech should be one of your core competencies and you should want that in house.”

IN THE BEGINNING, FOCUS ON THE PROBLEM YOU’RE TRYING TO SOLVE.

“I think at the beginning, [tracking KPI’s] is a waste of time. What I would focus on is what problem you are trying to solve and really understanding how you’re going to deliver the solution better than anyone else. If you get that right, that’s going to dwarf this whole discussion on KPI’s,” said Divya.

Divya outlined the spectrum of business needs, from must-have, to nice-to-have, to something commoditized and not really needed at all: “Ideally you’re closer to that must-have category or can build up to it.”

To get to that point, he recommends focusing on getting customer feedback and really understanding your space — knowing who all the players are, what their pricing is like, what their margins are, how they differentiate, and what their online strategy is.

BE AWARE OF THE OVERALL VALUE OF YOUR COMMUNITY.

While many companies fixate on eyeballs and number of users in their community, Divya notes that it is more important to consider the value of those users, as there are countless examples of communities with very high engagement and user numbers, but which could never be monetized.

For SumZero, the community of users is very small and niche, but the value of the community is very high. Many firms have research budgets in place for institutional grade research and will spend high amounts for the quality research that SumZero provides.

MONETIZATION COMES AFTER YOU HAVE BUILT A VALUABLE COMMUNITY.

But — how to solve the chicken and egg empty room problem at the beginning, when nobody is part of the community?

“It comes down to you as the founder selling the vision of the community,” said Divya.

Divya explained to his initial members that they were test users and kept their expectations low as they worked on developing the actual site, which in the beginning, was breaking on a regular basis.

“What I found was that despite the site not behaving like a robust site should behave, they were still using it because the content was good. For us, the one thing that really mattered was the quality of the ideas that people were posting, and the fact you couldn’t get that research elsewhere, and that’s what kept them coming back.”

Eventually, SumZero received some press from a small trade publication, which led to more users and more ideas being posted. This virtuous cycle allowed things to take off, and soon SumZero was able to receive press in Bloomberg and continue growing.

“It’s very step by step. I don’t think you can bank your success on one moment that just changes everything. Sometimes that happens, but for most people it’s slow and steady and that’s not a bad way to go about it.”

Some specific incentives SumZero used to get the first members to participate in the community:

FOCUS INTENTLY ON BUILDING YOUR BUSINESS.

“People always ask me, ‘What else are you working on?’, and I always tell them ‘Nothing!’,” said Divya. “It’s important to not get distracted trying to do other things. You’re sort of putting all your eggs in one basket, but that’s the nature of the beast.”

This article originally appeared on SheWorx. To join the SheWorx community, sign up here.