Interview with Philip Wilson, Founder and CEO of Ecofiltro | Startups.com

Philip Wilson's sister stopped talking to him when he proposed selling the water filters that his family had traditionally given away for free to the Guatemalan poor. She said it would never work -- and he set out to prove her wrong.

Entrepreneur Philip Wilson provides clean water to over 300,000 Guatemalan families by doing one thing no one ever thought to do — sell them the very products his own mother’s foundation was previously giving away for free. Because of his radically different thinking, he’s on track to provide access to clean water to 1 million Guatemalans by the year 2020 through his company, Ecofiltro.

But Philip’s idea to charge for a product that was previously free wasn’t always so popular. In fact, when he told his sister — a social worker who had been working on water purification in rural Guatemala for years — she was so upset by his proposal that she stopped talking to him for three months. 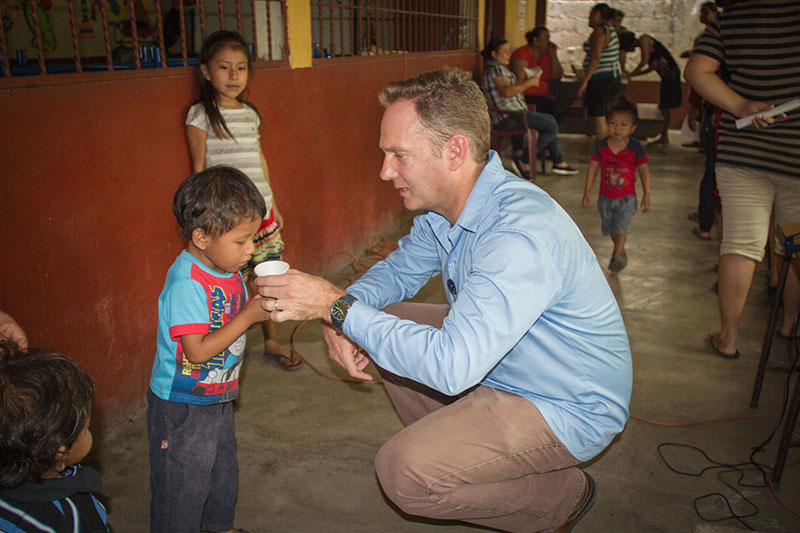 CHlorination Was A Clean Water Fail

Philip’s mother is an Arzú, a name familiar to any Guatemalan — her brother, Alvaro Arzú, is the current mayor of Guatemala City and former president of Guatemala, famous for signing the peace deal that ended their 36-year-long civil war. Philip’s introduction to improving water safety in Guatemala came in his teens, when he’d spend summers visiting his mother’s family. He and sister would go out into rural areas and teach women how to purify their water using chlorine, which was the recommended method at the time.

“Before the filters, chlorination was a big deal here,” Philip says. “It was very cheap and very effective. My sister would do follow-ups three months later and she’d ask, ‘Maria, how is the water program going?’ And Maria would respond, ‘Oh, it’s great! Our clothes and plates are so clean!’”

What they discovered is that the women were using the chlorine, just not in the way Philip and his sister had intended. Instead of purifying their water, they were using it as a household cleaner because — as anyone who has ever taken an accidental gulp of a swimming pool knows — chlorinated water tastes terrible. So, water purification project: Basically a failure.

But his sister wasn’t about to give up on her mission to provide clean water to the people of Guatemala. After hearing the Guatemalan scientist Dr. Fernando Mazariegos speak at a conference about a clay and silver filter he’d developed, she approached him to see if he’d be interested in collaborating. He said yes, and she quickly shifted focus away from chlorinated water demonstrations to giving out filters in the countryside. 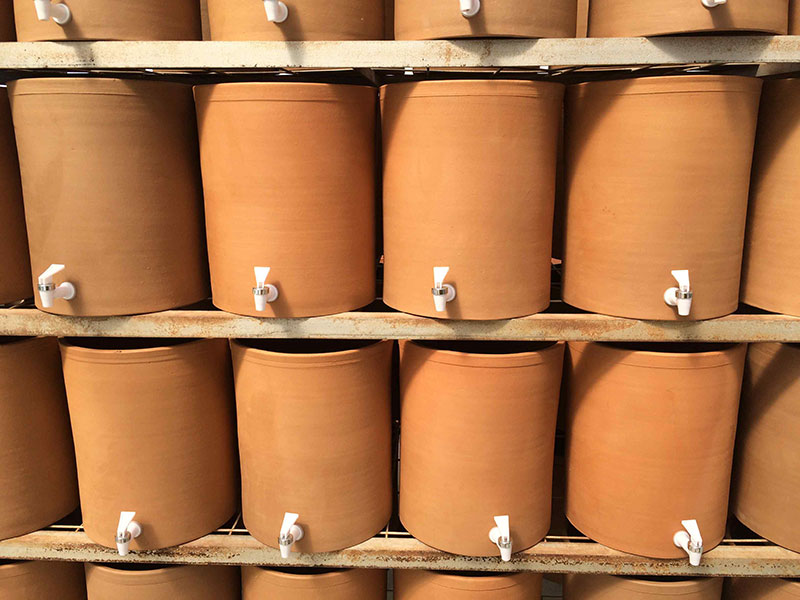 The filters worked — one Harvard-led study found that they dramatically decreased the number of intestinal infections and also doubled water intake in the people who received them. However, when a now-grown Philip went on a follow-up visit with his sister, he found that while the majority of people who received the filters were using them, at least one was still in its box and another was being used as a flower pot. Better results than the chlorine, sure, but still not ideal.

So Philip, who got his MBA at Wharton, decided to shake things up a bit. Instead of giving the filters away, he proposed, why not try selling them at an affordable cost? Instead of viewing the rural poor of Guatemala as charity cases, why not view them as consumers?

That’s when his sister stopped talking to him.

Today, seven years later, Philip and his sister have long been on speaking terms — and his company, Ecofiltro (or Ecofilter in English), has provided water purification systems to over 300,000 Guatemalan families. They’re producing 500 filters a day in their environmentally-friendly factory just outside Antigua, Guatemala — and they’re totally sustainable.

A Green Factory for Water Purification

On a recent visit to the Ecofiltro factory, which sits on a hill just outside the picturesque colonial city of Antigua Guatemala, I get to see firsthand how Philip has transformed the former charity in a smoothly running, high-producing, green energy business. The main floor of the factory has two natural gas kilns in the center of an open space — there are no walls, and that was a conscious move. Philip explained that their original factory was full of fans to air dry the filters before they were fired. With this new factory (which opened in 2012) he worked with the architect to find a location that had constant wind, cutting the need for electricity-sucking fans. 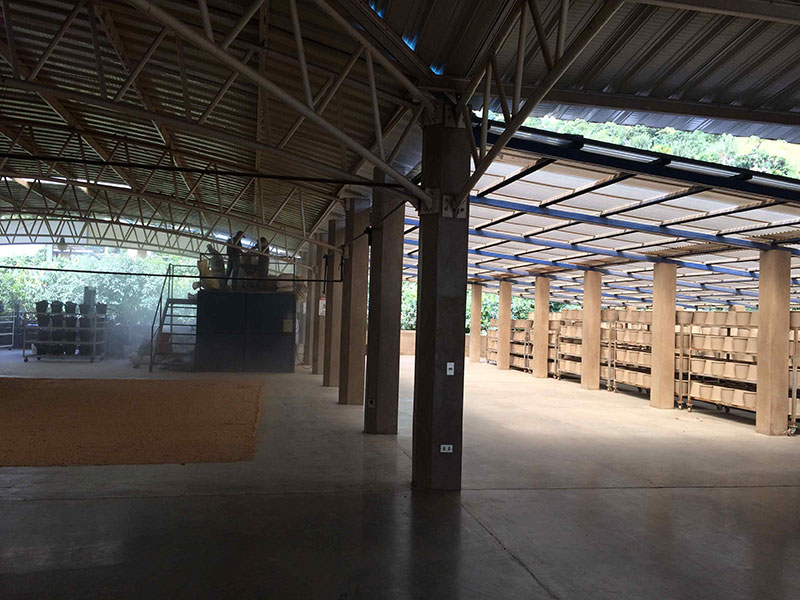 In addition to wind power, the factory also utilizes sun power to dry the sawdust that forms the micro holes in the clay and solar panels line the roof and provide enough power year-round. There’s even a small organic garden in the back corner, which Philip says helps feed the workers: They have a cook on staff who whips up delicious, healthy lunches every day.

We’re really into organic food; whatever our organic garden doesn’t produce, we buy from a local organic farm.

“We don’t allow any junk food here,” Philip says. “We’re really into organic food; whatever our organic garden doesn’t produce, we buy from a local organic farm. We do all kinds of juices every day and our employees are never sick.” 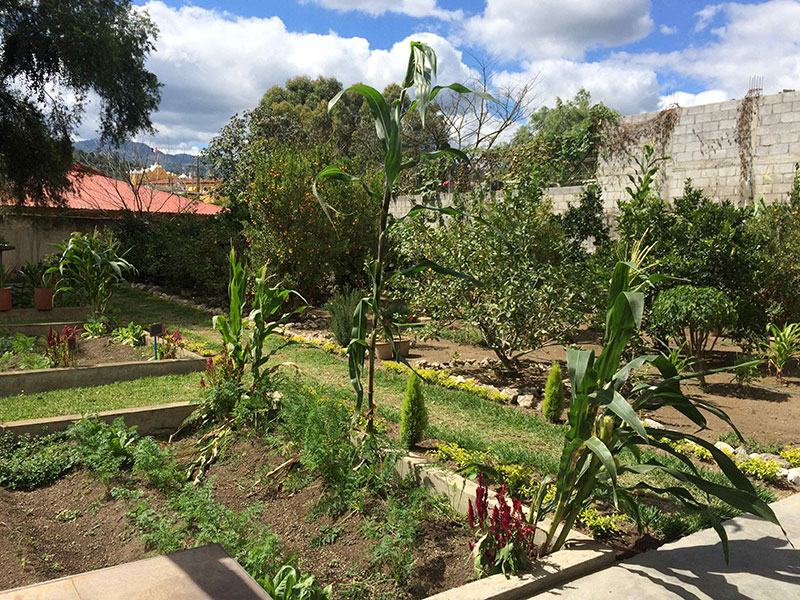 In a smaller, enclosed mini-laboratory, Philip shows me the desk where Dr. Fernando Mazariegos sits on the days that he comes into the office. The 78-year-old inventor is still working to innovate on his original design. He’s currently trying to figure out how to reduce the already low cost of a basic ecofilter — which the company sells for $35, or the approximate cost of two month’s worth of bottled water in Guatemala — down even further so that they can reach customers who are living on less than a dollar a day. The current design is a flat disk that Philip says will eventually be able to filter water in any kind of vessel, eliminating the need for the artisan-made clay pots that the Guatemalan ecofilters use.

Conscientious Capitalism – And A Subsidization Scheme

That’s on the lowest end of the ecofilter scale. On the top end, Ecofiltro offers customized filters that are hand painted by famous Guatemalan artists, which Philip says go for as much as $1,000. The price differential is something Philip worked into the business plan from the beginning: Once they moved from charity to business, the very first ecofilters were sold to his friends and acquaintances in the city and the money was used to subsidized the less expensive filters sold to people in rural areas. 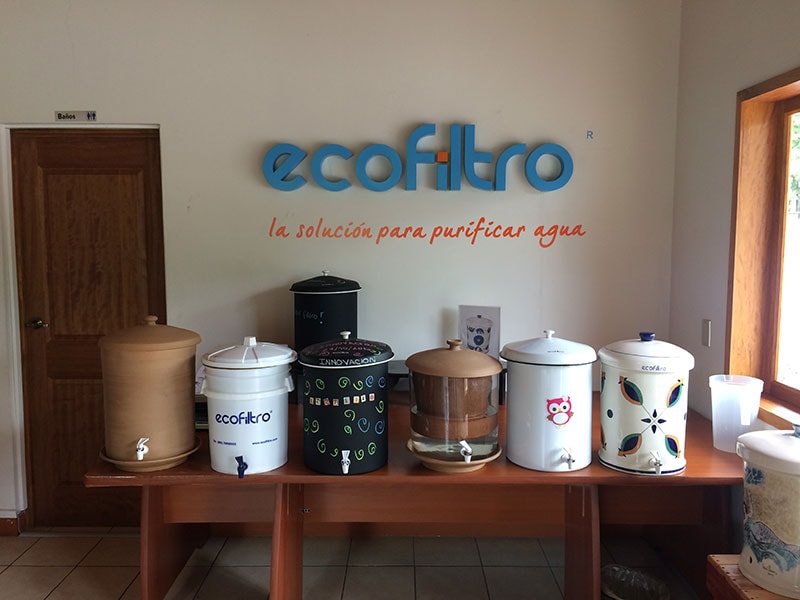 This reimagining of methods for delivering social good programs and ways to run business falls under what Philip calls “conscientious capitalism.” While he was educated at Wharton, one of the most traditional business schools in the US, Philip firmly believes that the future of capitalism can be found in companies like Ecofiltro; companies that address social problems while also turning a profit. It’s an increasingly popular model for entrepreneurs who care not only about the bottom line but also about making the world a better place, from the people they employ to the people they serve.