“Be Powerful”: How the Women Leaders at Plated Built a Culture of Female Empowerment

Data has shown that companies with more women leaders are also more profitable. At Plated, an NY-based company that delivers pre-portioned ingredients and recipes each week, women leaders are committed to growing and developing a culture of female empowerment and leadership from the bottom up.

BAWS (Bad Ass Women’s Society), Plated’s internal women’s group, was born from the realization that Plated was a first job or a first startup environment for many of the women working in HQ.

“Having this group here to meet and do things every week makes us happier employees who work better together on their own, so the return on investment is clear. Having a support group helps us all work better,” said Elana.

Besides helping the team work better together, BAWS’s safe space has also had a direct impact on Plated’s company policy.

Create a safe space where women can communicate with each other outside of the professional scope.

BAWS was started with precisely this goal, and with this in mind, many different regular events were planned to foster and encourage open communication, whether it was a ninja exercise class that allowed everyone to know each other better in a strange setting, or a more structured roundtable discussion where everyone would read an article or watch a video together and share a conversation about the content.

Creating such a space can have profound impacts for not only individual women, but also for the entire community.

Plated boasts a progressive parental leave policy (12 weeks full paid leave and four weeks of transitional work leave to the primary caregiver regardless of gender), and BAWS was a large factor in its development.

It was in a BAWS meeting that a pregnant woman employee felt comfortable voicing her fears and worries about her pregnancy and work.

The return on investment is clear: Having a support group helps us all work better

“I think her fear was really interesting to hear because there was no precedent for her. She was the first female at Plated who had gone through that. It was very helpful to hear her perspective,” said Tina.

Tina was able to take that perspective and convey it in later policymaking meetings with HR in order to draft Plated’s current progressive policy.

Lisa noted that BAWS’s existence made it easier for the employee to take the risk of making the first step of reaching out.

Set an example by being an active female leader.

“If you disagree with something or if you’re left out, then you need to raise your hand and say you need to be there. It’s encouraging women to feel that empowerment,” said Lisa. “I would rather be in a room and have a junior title and still have my voice heard and still be able to incite change.”

Paulina noted that BAWS helped every woman on the team to learn how to be a role model through creating more awareness.

BAWS makes sure that new women who are hired can see women leadership being powerful and having a seat at the table. 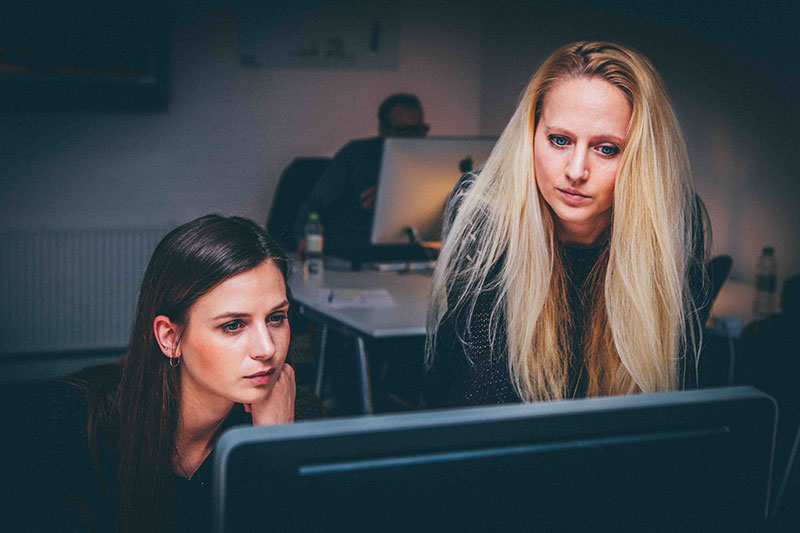 Watch out for and empower other women in the workplace.

BAWS has reminded the women of Plated of the necessity of supporting and advocating for each other.

For example, if two women were competing or stepping on each others’ toes in a meeting, BAWS “allowed the wall to get broken down” so that the two women could find each other after the meeting and resolve their problems in order to move the company forward.

The first BAWS event was a discussion called “Sorry Not Sorry,” and now whenever one woman notices another woman in the office being overly apologetic or qualifying everything they want to say, they don’t hesitate to call each other out on it.

Feeling comfortable to put yourself out there outside of your function…is not something that would have happened if I didn’t think five other women had the opinion that I did.

Moreover, BAWS has allowed the women in the office to get to know each other better outside their specific functions, which has better enabled them to advocate for each other, and it also allows women to individually feel more empowered.

“A lot of women feel uncomfortable talking about things they’re not an ‘expert’ in,” said Lisa. “Feeling comfortable to put yourself out there outside of your function and having an opinion is not something that would have happened if I didn’t think five other women had the opinion that I did.”

In the end, developing and promoting women’s leadership, at Plated, is about putting attention on everyone’s emotional well being so that women can truly feel empowered, “own their wins and ideas, and pitch them from a position of strength.”

It is about taking the time and mindfulness to actively instill a culture that cares about the needs and voices of the women working there.

“We’re making a lot of time to do work, but also some time to make sure that everyone’s okay, people are happy, and that if people have concerns, they are able to voice them,” said Paulina.

This article originally appeared on SheWorx. Sign up to join the SheWorx community.