Your people are the key to your success—Here is how to avoid killing their motivation.

Every company starts small and it is understandable that not everything is going properly as the company is growing. Besides that organized chaos, there are some attitudes that founders and CEOs must broadcast throughout the company.

My background as an entrepreneur and as startup employee have helped me identify pain points about employee motivation (the subject was also the thesis I chose for mastering in Entrepreneurship in 2013 — find the recommendations part here in French).

To increase the rate of your success—apply the exact opposite of the 11 situations outlined below when it comes to motivating your startup employees:

1. Don’t have a vision for your company.

Failing to provide a vision reveals the pilot himself doesn’t know where the plane is going. Even when the startup doesn’t know how to generate money, every person working there has to know the reason of his work commute each morning, he has to know where each actions are taking him.

Your first employees can understand the lack of vision, because finding a business model can be hard, but once it has been found, a vision and a mission should be the top priorities on the CEO’s to-do list.

Indeed, all employees must pursue the same goal, the same mission and it is the company’s duty to create and explain it. 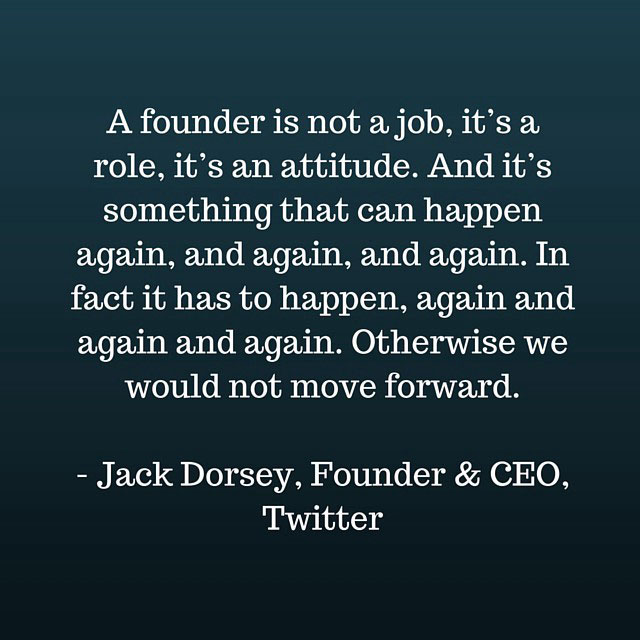 2. Not knowing exactly who your employees are and their inner values

Being aware of your employees and their core values, especially when you don’t have a thousand employees gives you a strong understanding of who they are and how they behave. It will give you keys to bring them a dedicated management and will allow your company to have a great cohesion.

A simple action to get to know your employees is to eat with them at least once a week (if not everyday) and ask real questions to show interest in their life. Of course, if you don’t care, don’t pretend, you must be sincere.

Failing to do that will slowly lead you to create a collection of individuals and, at the end, will never create a team able to scale and grow together.

Failing to be close to your employees will lead to not share anything with them and you won’t listen to them if something goes wrong.

Don’t reward initiative (either good or bad), and assume that people are taking poor decisions, always. Also, if something is asked to an employee, don’t provide help and bounce it to another person in the company. It will help you lead to mistrust and disengagement.

Saying no or being negative on every question undermines good ideas. In short, you throw out motivation and fewer people will go through you. This leads to a disconnection between you and the core employees as they will fear you and think of you as useless because you failed at helping them to achieve their professional goals.

There is also other type of undervaluation like don’t listen your employees in meeting or cancel meeting at the last minute. Especially when you know that people wait for it a long time. It is one of the best motivation killers, far worse than saying no to a paycheck raise. 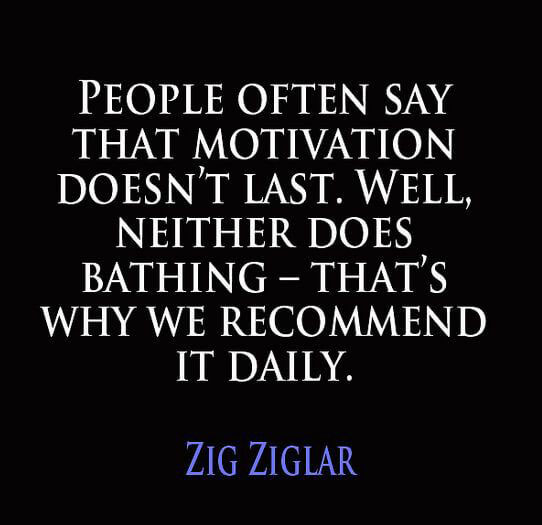 4. Be discrete and don’t involve your employees

From a startup point of view, keep a lot of information secret or to a small group of people results in global mistrust.

People come in startups because they want to be part of the mission, a revolution and they want to leave a footprint. If you don’t involve people, they will think that they are not part of the company and will slowly be demotivated.

I encourage you to be careful about communication and that, if you hired someone, you consider him/her valuable and trustworthy above all.

…Or don’t set goals at all.

Does everyone know SMART goals?

Pretty simple, huh? Every goal or task should respect this canvas and I have realized over the years that CEO and founders don’t care about this “simple” canvas.

If you want your employees to be demotivated quickly, don’t set goals at all and worse, tell them that they didn’t achieve goals you didn’t set.

Needless to say, you will fuel their lack of motivation. 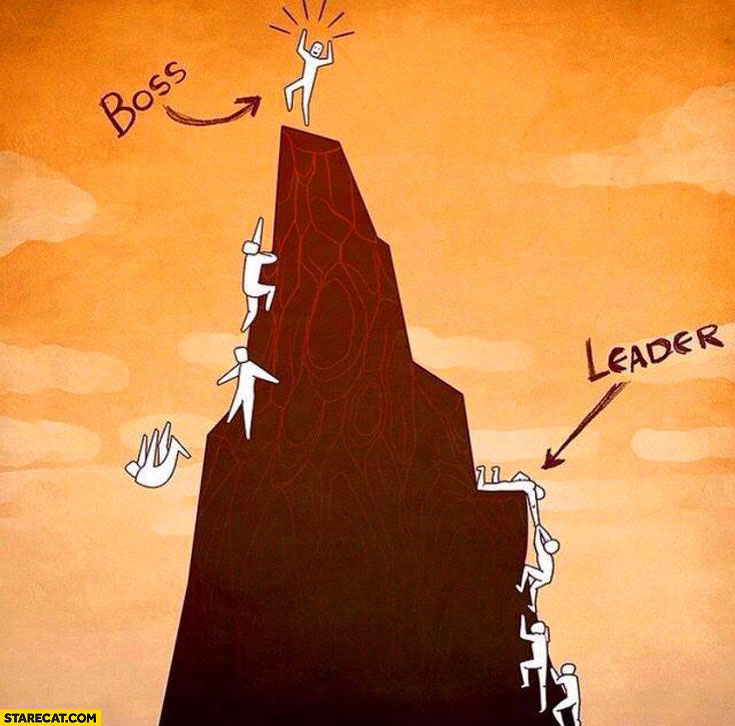 Whether it is technical debt, or a special derogation granted to someone when the company had just 2 employees or a position offered to one of the founders because there was not other choice at that time.

Every startup has what I call a moment of structuration where things have to scale, and in order to scale, foundations have to be laid strongly. This is the time when the CEO should set rules and best practices to the growing team to go in the right direction.

Doing so creates a work environment that is squared, stimulating and dedicated to employees.

In the first months or years of your company, it is considered regular practice to not have an organized governance as the CEO and founders are managing decisions. Often, rituals have been impulsed by CEO and founders.

Though, as many employees are coming in, it may be difficult to drive the company regarding governance and rituals can be found to be not appropriate anymore to the actual situation.

Another perspective comes so long new employees are hired, and it is considered to be positive in most companies. Moreover, company culture has often never been thought of and written about, as well as core values.

Create a governance that suits your company, with different point of views (and not only listening to the most charismatic person or the last one who spoke) and you should look for complementary people in your first employees. Along with governance, create habits and rituals that are meaningful and involving everyone.

Finally, in early stage, write your company values and don’t hesitate to update it with employees then fire up the company culture you and your entire team deserve.

All of this comes from the lack of vision to the whole company because vision is the WHY, WHAT & WHEN, the governance, rituals, culture and values are the HOW. Your employees, you and the environment are the WHO & WHERE.

Unfortunately, not doing one of these creates a blurred company that, sooner or later, will face a lack of cohesion, and won’t be able to scale. I wish you the sooner !

The big value of the founder running the company is really two things: the knowledge and the commitment. —Ben Horowitz

Former employees often earned confidence by taking specific actions that endangered them and they acquired their status on a mid-term/long-term process that gave them a place to express themselves.

Getting the newly hired a step by step progression is far better. If you don’t, you send a message that it was just a matter of circumstances that former employees have been here and that others can have confidence very easily, it demotivates a lot and can kill someone’s ability to provide more than expected for the company.

It is seen as unfair and sooner or later, newly hired will stay at other’s position and face the same problem and all the efforts made earlier will be destroyed.

This goes also with the fact to promote and reward the wrong persons. Give you some time to see how it works, and you will have confidence over personality and actions about newly hired. Also, it sends message to everyone in the company that trust is something important and that you value effort above everything else.

It is common that in almost every company, there are people who do not share the same views and who pull the rope in opposite ways. That being said, people persuaded to do it the right way can be astonished to see that leaders don’t see “negative people”, the ones who don’t play the same game as others, who are pulling down the company, and even reward them regularly.

It happens often when C-suite people are disconnected from the ground and are not perceiving field reality. Lastly, the process enhances demotivation among “trustable” people and help pushing them away.

Indeed, it turns out early-stage startup CEO’s pursue turnover above everything else, and they are right because you have to chase people who are willing to pay for your product.

But, when it’s been months or years that you found your business model and have scalable products, you have to see big picture first, instead of the immediate small reward.

Result delays in your product roadmap for gaining a small immediate amount of money and you just ruined your yearly expected product landing and, by the way, the motivation of the employees involved in the delayed and unfinished tasks.

If you let people who value short-term over long-term quality decisions, it will conduct the company toward a lack of innovation and long-term projects.

This undoubtedly leads to your best and dedicated talent lacking employee motivation and leaving your company (you know, the ones who want to build strong and long-term products). 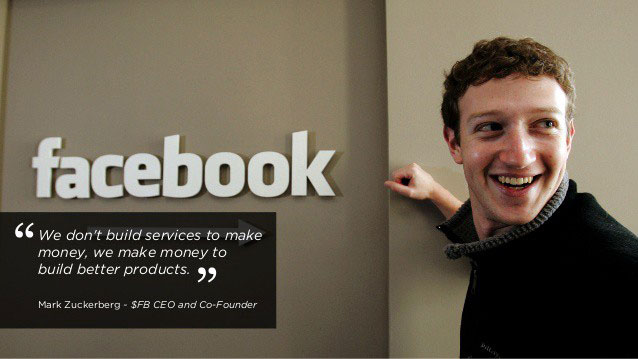 10. Don’t learn from your mistakes

Making mistakes is human and no one will be mad at it, especially in a startup. But, making the same mistakes twice and more, regarding your employees, it is a killer that says “change is not possible and you won’t go further in this company”.

Value people above all. 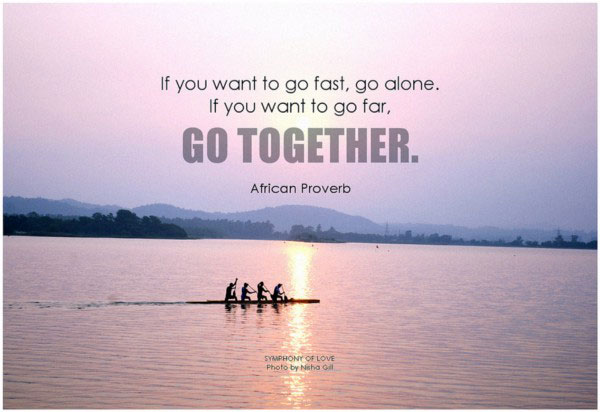 You have now all the keys to demotivate and let go your best elements.

The main conclusion of this post is to value people you convinced to join you and the common links of all the previous points are trust, goodwill and respect.

Indeed, if you trust people you hired, this will translate through into great employee motivation.

Sure, they can fail time to time, like yourself and everyone else, but they will do whatever they can to succeed.

Remember: they made a choice to wake up every morning to pursue your dream, to grow your company.

These people are key to your success.

Samual Athlan is a product manager at StarOfService and an entrepreneur. Happiness & Productivity are his keywords. Proud father. Follow me @samuelathlan & on Medium.