Patting yourself on the back for having the image of being a hard worker does not make you a role model.

When I first left my full time job to try my hand at being an entrepreneur, I thought it would be helpful to join a women’s business networking group. The membership included a subscription to their women’s business magazine which provides exclusive content, advice, and tips for being more business-y.

I won’t name the organization, but I won’t be surprised if anyone recognizes it. I joined just over 6 months ago and every time I have received an issue of this quarterly magazine, I become a little more enraged.

The very first red flag is that inexplicably and despite the fact that the women’s magazine is only available to pre-paying members and can’t be bought in store, it has a price tag on it (but no barcode), presumably to convince the poor suckers like me who receive it that it actually has value.

Aside from monetary value, let me tell you what else it lacks. 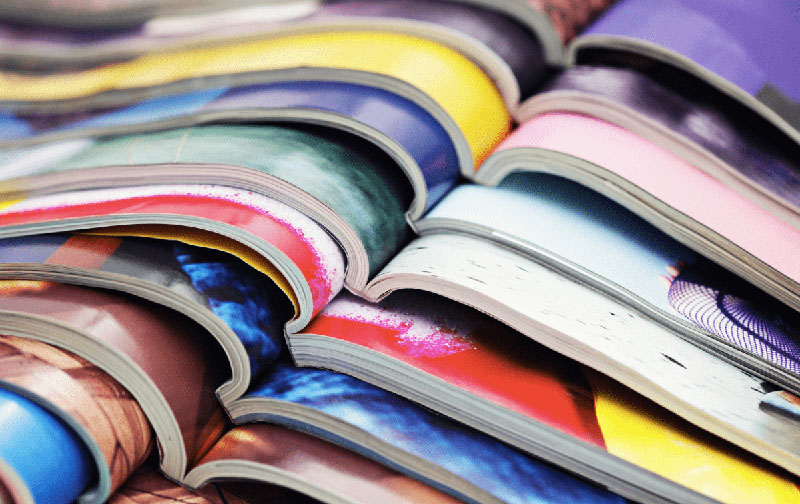 Before you think I’m being a little too harsh

Each issue has a cover model who is an outstanding women in business and they usually get a 6-8 page magazine spread of insightful interviews and decent advice. Out of a total 21 interviews at varying word counts throughout the issue, 8 were fashion/beauty/lifestyle entrepreneurs, 4 were for media or marketing, 3 lacked any sort of purpose, 2 were sporting/personal trainers, 2 worked on Indigenous Australian issues, 1 worked in finance, and 1 was a chef.

But let’s go back to the profiles for a minute. What kind of questions were they asking? What did I learn?

I learned that one woman, while on holiday, chose a Prada clutch over proper food. I learned that ‘must have items in my handbag’ should always include a red lipstick. I learned what the last thing some girl posted on Instagram was. I learned the 5 words women like to use to describe themselves.

I’d like to say this is a joke, but these are seriously the topics written about in the profiles of 21 women who would like the audience of this magazine and supposed 40,000+ members of the ‘network’. The only educational articles, which focus on finance (something that’s actually useful!) ended up being sponsored and basically a sales pitch.

There’s also a bit of a cult-like activity going on, where certain members of the network are promoted and placed onto a pedestal where they act as an exemplar for the lowly members not lucky enough to be up there with them. These women are featured as many as 7 times per issue, being featured in background images, stock-photo type images, their products or services being casually mentioned every few pages.

Again, it’s not that these women don’t deserve success and recognition, it’s that the lack of women of colour, women in STEM, and women who don’t live the ‘inspo’ life don’t get acknowledged.

One thing it isn’t lacking, is ads. Out of 120 pages, 45 are whole page ads. That’s not including the sponsored articles, the small ads, and content like “our favourite things this month”.

Before you think I’m being a little too harsh, I dug out an old issue of the same magazine from underneath my desk. It has 49 pages of ads, asks one very successful woman what her “breakfast essentials” are,  and has only 7 images (2 profiles) of women of colour, but it fares slightly better than the most recent issue as it profiles one woman working in construction, one who has a SaaS startup, and 4 C-level executives.

Now finally, I paid money for this membership. I had just quit my only source of income and spent some of my very little savings on signing up for something that promised early access to networking events (again, nothing related to STEM or anything like that), the opportunity to be featured online/in the magazine, a subscription to the magazine, and generous discounts to events (i.e. like 20 dollarydoos to events that are in the hundreds).

To receive any sort of value from the membership, I’d have to attend around 5 to 7 events per year. Every single time an event has been announced, I’ve been disappointed that it is always beauty/fashion/lifestyle related.

There are a few other women focused magazines out there, and I’m sure not all of them will make me want to slap the editor (the editor of this magazine, by the way, let a few grammatical errors slip through the cracks, too) but I’m reluctant to try any of them for fear of being let down yet again.

Patting yourself on the back for having the image of being a hard worker does not make you a women’s role model. ‘Treat yourself’ is a toxic and self-perpetuating culture that looks great on Instagram as you selfie with a champagne flute, but it’s destroying women’s chances at being taken seriously, their chances at improving and learning, and preventing them from earning promotions. Warped images of success prevent real success.

P.S. I’d cancel my subscription, but they make you pay for a year up front before you even see the magazine. If you have a suggestion for a publication that focuses on progressing females in areas other than fashion or beauty, please send it my way.

Kayla Medica is the Founder of Careers in Language, Community Manager at Equiem, Linguist, Consultant, and surprisingly fluent in Japanese. Follow her on Instagram: @mehdeeka