Why Entrepreneurs Thrive in Underserved Markets

Startup founders are problem-solvers at heart, so why should they aim for low-hanging fruit? If you apply your genius and work ethic to an underserved market that has far fewer geniuses, you instantly look exponentially better.

It was the glitch heard ‘round the skies. Just this past summer, a brief computer outage grounded thousands of Delta Airlines flights. The carrier lost $100 million in revenue, and the entire airline industry saw a spike in consumer complaints over the ensuing months.

This was merely the culmination of America’s rocky relationship with commercial air travel, as airlines are consistently near the top of the Better Business Bureau’s list of most complained-about industries.

As an entrepreneur, does the above anecdote leave you feeling eager to launch a business in the airline industry — or does it make you want to run away from it as fast as you can?

If you’re leaning toward the “run away” option, have you forgotten about a company called Southwest Airlines that sees incredible profits by bringing some light into a dark industry? By placing extra emphasis on customer service, affordability and overall friendliness, the company consistently thrives in a very challenging and underserved market.

Entrepreneurs are problem-solvers at heart.

With that in mind, wouldn’t it make more sense to gravitate toward underserved markets and industries filled will problems rather than “hot” markets where consumers are already happy? These types of industries often offer the best markets for entrepreneurs. 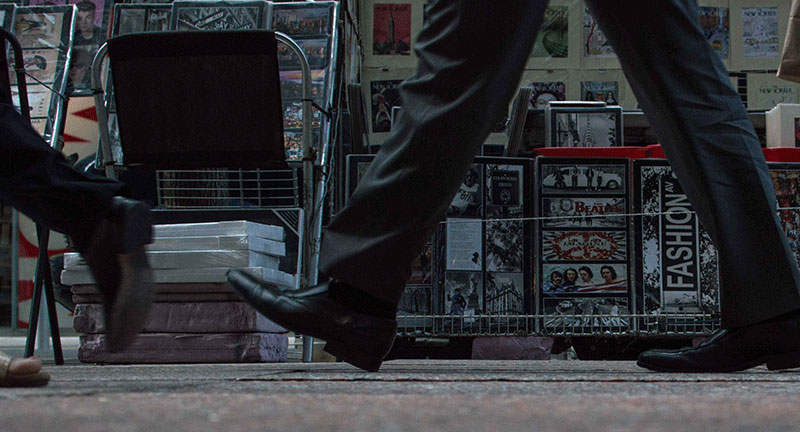 To maximize your chance of success, launch your business in a depressed industry, pick a less-desirable or underserved geographic location and be the only solution to an ongoing problem. Why? Because when it comes to entrepreneurial genius, context is key.

You face an uphill battle if you set up shop in Silicon Valley, surrounding yourself with hundreds of other geniuses who are all drinking from the same punch bowl of funding and talent. However, if you apply your genius and work ethic to an underserved market that has far fewer geniuses, you instantly look exponentially better.

I have no more claim to the title “genius” than employees at an Apple store, but I have taken advantage of the benefits of context.

The Trifecta of Unhappiness:
Detroit circa 2007

In 2007, I launched a real estate company in Detroit during a trifecta of unhappiness: The housing market had recently crashed, the city was about to go bankrupt, and real estate has always been wrought with consumer complaints.

Because of this touch-and-go climate, we were able to thrive.

Our early success was based on our ability to service what was then a very underserved market opportunity and solve a problem no one else was interested in solving.

Then, once we were ready to expand beyond the Motor City, we targeted places with equally dire housing markets — intentionally avoiding the seductive sea breezes of Malibu and the rarefied air of Manhattan real estate.

In underserved markets, we get the best of everything. We hire the best talent, find the best investors, and work with terrific clients who genuinely appreciate what we do.

Find your chance to shine.

When searching for entrepreneurial opportunity, these three signs will indicate an industry is already happy and doesn’t need you:

Your mother and school counselor were right: Resist peer pressure. It might seem like a good idea to join the popular kids in the popular industries, but just say “no.” If you shop your idea to a friend, and he has three other friends and an Aunt Ida who are all working in the same arena, forget about it.

The industries experiencing the most growth — either in revenue or employment — have already figured it out, and countless companies are currently reaping the benefits of being in these fields. The most talented prospects are gainfully employed, and the most interested investors have been claimed.

In an established or surging market, you should be thinking more along the lines of “investment opportunity” — not “launch date.” Perhaps you could own a stake in Aunt Ida’s startup.

2. There are giants about.

Sometimes, Cinderella gets to go to the ball, the Cubs win the World Series and David slays Goliath. In fact, some of the world’s most successful companies were David’s. Amazon challenged Barnes & Noble, Google took on Yahoo, and Apple called out Microsoft.

However, there’s a reason these scenarios are so memorable: They’re extremely rare.

Choose your battles wisely. If you think leaders of a billion-dollar company are going to let you waltz into their market and steal a piece of their pie, you’re setting yourself up for disappointment. Giants are not overly fond of competition. In fact, they’re known for stunting innovation altogether in certain industries. You’re better off surrounding yourself with dwarfs and blazing your own trail to success.

3. There is a plague of happiness.

Customer satisfaction is like inertia. When people are happy with a brand or product, it’s awfully difficult to persuade them to try something new. In fact, when consumers do decide to change brands, only 14 percent of the time is it because they’re unhappy with the product itself. More often than not, it’s because they’re receiving poor customer service.

If the industry you’re looking to revolutionize is already ablaze with positive product write-ups and cheerful customer reviews, turn your attention elsewhere. Offering a slightly better product to consumers who are already satisfied with the current market darling won’t get you anywhere.

Don’t aim to make happy people even happier; be on the lookout for industries that are trending for negative reasons.

Companies like Amazon and Google are inspiring, but following in their footsteps is risky business.

Don’t run toward shiny, happy industries; run toward a disaster zone, and be the genius who dug in and solved an ongoing problem no one else was willing to touch. Sometimes these underserved markets can actually be the best markets for entrepreneurs to thrive!

An entrepreneur at heart, CEO Mike Kalis leads the team at MarketplaceHomes.com, a Detroit-based brokerage that specializes in new construction sales and property management. Marketplace has sold more than $1.5 billion in new construction homes, gained a controlling interest in more than 2,000 single-family properties, and been a four-time Inc. 5000 list awardee. In addition to his managing partner role at Marketplace, Mike is a venture capitalist and investor in ZipTours. The startup helps homebuyers and renters see a home with an agent streaming live to their smartphone; it has conducted tens of thousands of tours since March 2015. When he’s not busy creating new real estate solutions, Mike loves wakeboarding, playing guitar, and spending time with his family.