If you’re not already doing one-on-ones, start. And don’t overthink it. 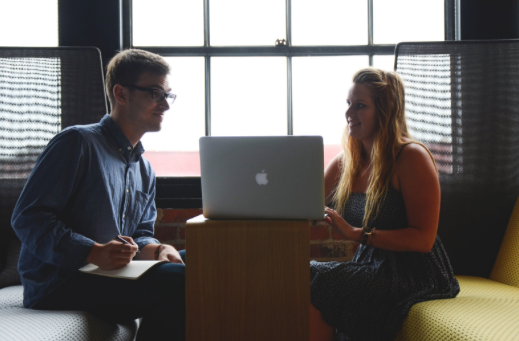 We’ve all read the articles, seen the reports, heard the advice: one-on-one meetings are key to running a startup effectively. So why is it that only a third of managers actually follow that advice and meet with their employees on a weekly basis?

In my experience, it’s because most one-on-one meetings are bad. They’re difficult in the best of circumstances, and that difficulty is often compounded by managers at startups being less experienced on average. The result is meetings that are poorly run, poorly planned for, and really, really awkward.

As humans, when we’re faced with an uncomfortable situation that will theoretically help us succeed in the long term but will be painful in the short term, we’re just not going to do it. This is true for going to the gym, for studying, for anything.

We’re wired to dramatically devalue rewards that exist far in the future and highly value rewards that are very near. This idea is so important to how we think that it’s a cornerstone of behavioral economics, where they call the concept hyperbolic discounting.

In practical terms, hyperbolic discounting means we’re wired to avoid one-on-one meetings. It’s rational to pick the near term relief of not going through an awkward one-on-one over the long term value of that one-on-one, unless we can either (a) internalize the idea that one-on-ones are in fact super duper valuable or (b) make them a lot less awkward. Let’s try to do both.

“Let’s say you have a one on one with your subordinate every two weeks, and it lasts one and a half hours. Ninety minutes of your time can enhance the quality of your subordinate’s work for two weeks, or for some eighty-plus hours, and also upgrade your understanding of what he’s doing.”

One-on-one meetings are one of the most valuable things you can do to improve your company, hands down.

As a manager, you need to know how your employees are doing and what’s going on in your company in order to lead effectively. There are formal ways of collecting that information, such as status reports and task management systems like Basecamp and Jira, but formal systems track  formal work — they almost never pick up the half baked ideas, office politics, and non-work issues that constantly swirl around the formal stuff, and are often the real blockers in a business.

As an employee, the one-on-one meeting should be your venue to give feedback to your manager and the company at large, explore new ideas, and get feedback on your work — feedback you need to improve. Any manager or company that doesn’t provide that to you is not only robbing you of a healthy working environment now, but a brighter future as a more effective employee tomorrow.

To quote another former CEO, this time Ben Horowitz in The Hard Thing About Hard Things:

“If you are an employee, how do you get feedback from your manager on an exciting, but only 20% formed idea that you’re not sure is relevant without sounding like a fool? How do you point out that a colleague that you do not know how to work with is blocking your progress without throwing her under the bus? How do you get help when you love your job, but your personal life is melting down? Through a status report? On email? Yammer? Asana? Really? For these and other important areas of discussions, one-on-ones can be essential.”

There’s already lots of good advice out there about why one-on-ones are valuable, and how to make them effective in the traditional sense, so I won’t belabor the point. Horowitz has a good list of questions to ask on the a16z blog, there are also companies that help with the process such as 15Five, Lattice, Know Your Company, and Lead Honestly. All work, as long as you keep in mind that this is not a status report, it’s a discussion of how things are going outside formal channels.

It’s the employee’s meeting, not the manager’s. As such, the employee should be setting the agenda, and should be talking most of the time. The manager should be asking questions to tease out important issues, and then shutting up.

Even when run well, the first couple one-on-ones with a new employee can be profoundly awkward. We’re talking tinder first date, meeting the parents, knowing no one at a party levels of awkward. Sitting in a room with someone you’re not close with and asking personal questions about their life and work is a categorically uncomfortable experience.

It’s not fun to experience, and it’s definitely not fun to watch. But we can take a cue from one of my favorite shows on how to make meetings more fun and dynamic: go for a walk.

In The West Wing, director Thomas Schlamme would spice up Aaron Sorkin’s dialogue heavy scenes by making them walk-and-talks through the hallways of the White House. At the time, those scenes were mocked for being unrealistic, but walking one-on-ones are actually used by some of the most well-known leaders around: Jack Dorsey and Mark Zuckerberg are both fans, having allegedly gotten the bug from the late Steve Jobs, as is LinkedIn’s Jeff Weiner; even non-fictional president Barack Obama used the walk-and-talk while he was still in office. You don’t just have to blindly follow their lead, either—there’s strong scientific backing as to why this is a classic trick of the powerful and effective.

The benefits of walking one-on-ones

By shifting the object of focus from one another to the sidewalk in front of you, both people in the meeting are able to focus on their thoughts and less on reading the reactions of the person next to them — serving the same purpose as a therapists couch. Physical activity also reduces anxiety and tension, which is key for diffusing awkward situations.

Reducing awkwardness is only the beginning of why you should do walking one-on-one meetings. If you’ve read anything else I’ve written, then you know how much I love to talk about how physical activity can improve cognition. The boost that walking gives to creative ideation and mood are particularly important for problem solving and building rapport, respectively, two of the key pieces of valuable one-on-ones.

Just make sure you’re walking somewhere where you can walk automatically. Research from the University of Michigan has shown that walking along paths and in parks can improve working memory, but all of those improvements are erased by the distractions of city walking. If you’re weaving through traffic,waiting at stoplights, and avoiding other pedestrians, then you’re not paying attention to the conversation at hand.

Back when I was working in downtown Chicago, we had a path along the riverfront that we would use for longer one-on-ones and other walking meetings. When we just needed a quick check-in, we would circle the block. In the winter, we would circle the office or just retreat into a conference room and have a catch. As you look for your walking path, remember: you need to be able to focus on the conversation — you’re looking for just enough stimulation to get the blood moving, not enough to distract.

If you have any other objections, I’d love to hear them. But for now, if you’re not already doing one-on-one meetings, start. Don’t overthink it. That’s beauty of working at a startup: you can make this change right now if you want. Just pick a few questions from the resources above, grab an employee — or your boss — and ask them to go for a walk with you. You’ll be making a measurable improvement in your team, your company, and your own well-being.

When it comes to health and fitness, it’s a lot easier to read advice than it is to put it in practice. That’s why I wrote a little booklet to help you get to the gym and follow through on your goals. Get it here: Five Scientific Strategies to Actually Get Yourself to the Gym.

Kennedy Collins is a co-founder of Ohmcoach. He knows that when it comes to health and fitness, it’s a lot easier to read advice than it is to put it in practice. That’s why he wrote a little booklet to help you get to the gym and follow through on your goals. Get it here, free: Five Scientific Strategies to Actually Get Yourself to the Gym. Twitter: @kennedycollins