How to Help Your Team More by Talking Less

I wanted a way to become more positive in my communications to help staff feel more empowered and committed, so I confronted my assumptions through a diet of sorts.

As leaders, many of us regularly fall into a revolving-door trap when it comes to telling versus asking. And it’s most evident in meetings.

How many times do we march into a conference room with a list of things to say? Yet it’s far more prudent, productive, and profitable to shift from having all the answers to asking all the questions.

In fact, it’s so important that it might just be the core differentiator between a company’s culture and that of its competitors.

Stuck in an Always-Telling Rut 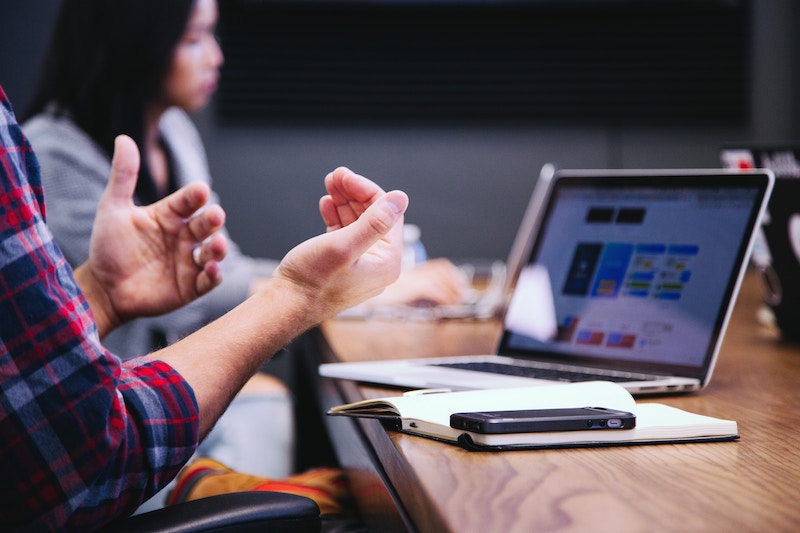 Why do we so quickly fall into the routine of telling instead of asking? Honestly, the reaction has roots in science.

Put simply, having all the ideas is a rush. Providing a quick solution that gets a group from point A to point B rapidly leads to feelings of importance. The body releases the feel-good chemical dopamine during creative spurts, which explains why some of us can’t let go of having all the answers. To be sure, we’re offering short-term value by being the go-to people in our companies. But long-term success won’t follow as those organizations scale.

My own epiphany surrounding talking versus listening happened when I recognized I needed to meet my employees where they were. As long as they were past the initial learning phases and into the “doing” stages, they needed less direction. Truly, those who already had solutions would have become disengaged after being micromanaged. Instead of risking the loss of their confidence, I wanted to empower them while maintaining an “I’m here if you need advice” status.

Out of my searching for the right way to move forward, the 10-Day Talking Diet was born.

A New Perspective on Mental Fuel

The day after Thanksgiving in 2017, I started a five-day fast as an experiment. Consuming only water, tea, and coffee, I embarked upon a silent retreat. I quickly realized that all my assumptions about food and communication were wrong.

After the experience, I wondered what else I was mistaken about. Was I in error about what it meant to be an ethical leader who concentrated on helping workers find satisfaction and meaning in their jobs? Was there a way for me to become more positive in my communications to help staff feel more empowered and committed?

I figured the only way to know was to test some hypotheses — and my discoveries became a 10-day test. If you’re prepared to confront your own assumptions, take the first steps toward a 10-Day Talking Diet. Here’s a taste of the first three days:

1. On day one, play Meeting Monopoly.

Seventy-one percent of senior managers in one Harvard Business Review-reported survey thought most meetings weren’t worthwhile. Could the problem be a lack of balance in participants’ verbal contributions? Use this experiment to find out.

Choose a day with a meeting lasting no less than 30 minutes. How much of the conversation do you expect to monopolize? Jot down a percentage. Then record the meeting and send the file to a transcription service. When it comes back, use Word or Google Docs to calculate the proportion of how many words you said versus the total spoken by all attendees.

Here comes the really fun part: Compare your prediction to reality. Did you speak roughly as much as everyone else? Or did you dominate the conversation? Write down your results, as well as goals to change your percentage in future meetings.

2. On day two, take on the Magic Management 8-Ball Challenge.

As a kid, you might have picked up one of those Magic 8-Ball toys. When you asked it a question, you got one of several answers like “the future is hazy” or “most likely.” While not exactly specific, they made contemplating problems fun. Use this same concept to make a meeting more enjoyable and streamlined.

For instance, say you have a meeting with several key people. Don’t make an agenda outlining what you’ll say. Write down all the questions you need to ask. It’ll take up a fraction of everyone’s time and get you closer to solutions.

What questions might you choose? How about, “What would the ideal outcome be?” “What’s standing in the way?” or “What support will you need to be successful?” Oh, and try “Tell me more …” to dig deeper. Here’s the kicker, though: Say nothing else. Just ask questions.

After your meeting, ask for feedback. Did participants feel the exchange worked? Were they excited? Would they like to see this change applied to all meetings? You might be shocked at how motivated attendees can be by this new way of talking about problems and opportunities.

If you’re like me, you’ll benefit from a “should” fast. What’s wrong with the word? It introduces a sense of guilt in the other person when you tell them they “should” do or have done something. Their defenses perk up, shutting down receptiveness to new thoughts.

Try replacing “should” in all your conversations by either dropping it from a sentence completely or changing to “I suggest,” “could,” or “would.”

Because this is an ongoing experiment, be sure to write down the results. Note how people react to your different verbiage choices. Then, make a pact with yourself to kick “should” to the curb.

After you get through three days of the 10-Day Talking Diet, you’ll have a wealth of leadership knowledge. If you’re motivated to keep going, do. You’ll be astonished at the changes you could make in fewer than two weeks.

Krister Ungerboeck is a leadership keynote speaker and CEO coach who helps leaders unearth unseen potential in their organizations, their teams, and themselves. Before becoming the world’s first leadership archaeologist, Krister was the award-winning CEO of a global tech company. He has done business in more than 40 countries, built businesses in five, and has lived in three.