Rather than viewing team diversification as simply good to do, companies need to realize that creating diverse teams can have a strong, positive impact on long-term success. 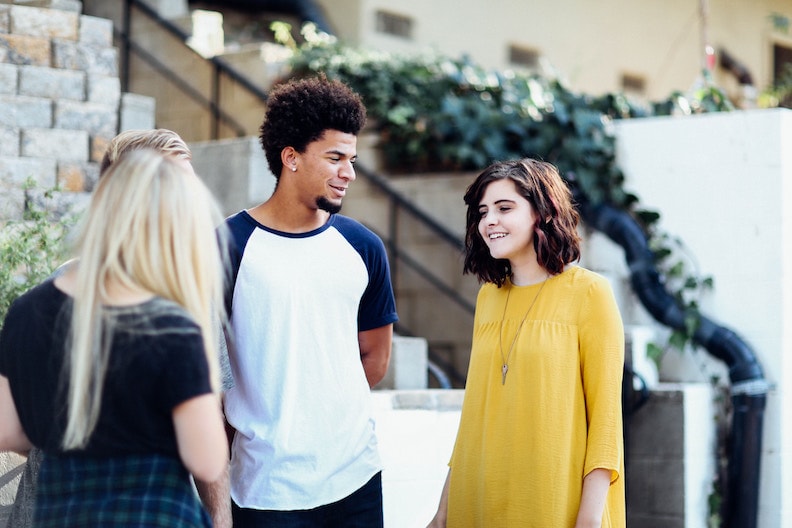 Lack of diversity has long been the elephant in the room for the tech industry and everybody is painfully aware the industry is too pale, too male, and very young. Yet few companies are actually tackling the issue head on.

Companies need to know diversity goes beyond the moral issue of equality. If a CEO was told software could make their enterprise 45% more likely to grow share and 70% more likely to capture new markets and boost innovation, throwing time and money at it would be a no-brainer. Yet despite the fact that hard data shows that diverse teams — in terms of age, gender, ethnicity, background — are more effective, innovative, and productive, the majority of companies continue to ignore it.

Many leaders see the value in making teams more inclusive, but place imaginary roadblocks in front of themselves based on mistaken beliefs about age, gender and diversity itself. Here are three misconceptions which are holding teams back from reaching their full potential:

1. Those who’ve taken a career break aren’t your best bet.

According to a 2014 study by Slater & Gordon, a third of managers stated they would rather hire a man in his 20s or 30s over a female candidate of the same age. Forty percent admitted they are hesitant to hire a woman of childbearing age, while a similar number would be wary of hiring a woman who has already had a child or hiring a mother for a senior role.

Despite the fact that employees are legally protected from discrimination based on their parental status by the Equal Protection Clause of the U.S. Constitution, Title VII of the Civil Rights Act, the Family and Medical Leave Act, and the Pregnancy Discrimination Act, it is clear that companies are biased against women who desire a career and a family.

Federal Reserve Chair Janet Yellen recently made a speech at Brown University in which she stated:

“We, as a country, have reaped great benefits from the increasing role that women have played in the economy, but evidence suggests that barriers to women’s continued progress remain.”

Barriers exist in many ways. Companies limit their appeal to parents by not offering flexibility. In addition, returning employees who have taken a career break self-limit by only applying for jobs they are more than qualified for, often referred to as a symptom of “Imposter Syndrome.”   In reality, returners typically have lower training costs, higher retention rates and possess an abundance of valuable soft skills. Employers are missing out on a highly motivated, experienced and ambitious group of people.. And the cherry on top — if the US workforce added just 10% more women, it could boost the economy by approximately $2.1 trillion, and according to recent studies, the U.S. economy would expand 5 percent if as many women were employed as men.

“Most career breaks are taken by women because of childrearing obligations, however when they return to work they are full of energy, enthusiasm and willing to get back in the game at full speed. These qualities should be highly regarded in the workplace.” says Dea Wilson, Founder of Lifograph and Venture Partner at Founders Floor Accelerator.

So how can employers make positive changes? Quite simply, break the cycle. This could mean offering more flexible schedules so that returners don’t have to pause or leave in the first place. Recent trends suggest 40% of the US workforce will work 100% remotely by 2020, so companies need to be thinking more creatively about flexible ways to get the work done.  AMV BBDO just announced permanent half-time roles for working parents, allowing the employee to choose which 3.5 hours/day to work, and from where.

Another option is to develop a ‘returner program’ to diversify your team in terms of gender and age. An increasing number of leading companies offer 3 month paid internships or ‘returnships’ which help returners learn the new skills they need to hit the ground running. Over 50%, and as many as 90%, of these internships convert to full-time hires.

In the past, women tended to work with other women to combat diversity issues. Today, we’ve learned the importance of involving men from the outset. When men and women work together and both are engaged in diversity efforts they’re 10% more successful, writes author Sandy Carter in her book Extreme Innovation.

One way to do this is by starting at the top. A 2010 study found enterprises with 30 percent female executives rake in as much as six percentage points more in profits. Onboarding high ranking female executives is not only good for business, but also provides valuable role models and influence to fill the pipeline with even more women.

Ann Brenoff from The Huffington Post argues ageism is the last accepted prejudice in America and it runs rampant, especially in the tech industry. The average age of employees at Google is 26 and at Facebook is 28, according to Payscale.

Employers naturally look for employees who will have long, fruitful careers with their company, which one often assumes means hiring fresh faced employees, Millennials are more footloose than any generation. A recent Gallup report on the millennial generation shows 21% of millennials have changed jobs within the past year, which is more than three times the number of non-millennials who report the same. Millennials tend to change jobs every 1-3 years, even when in a highly paid management position.

On the flipside, candidates over the age of 50 are generally looking for long-term positions where they can finish their working careers with a bang. They are often seeking meaningful roles, social connections, intellectual stimulation, and financial rewards that will carry them into retirement.

Research has shown that employees who are over 50 have a wealth of experience and are usually great leaders and communicators, are highly organized, loyal, productive, reliable, and great problem solvers. The fact that more than one third of businesses are started by those over 50 and that these businesses have greater staying power, proves how valuable the mature worker can be.

While recruiters may worry older employees might not mix or work well with younger peers, a study by David Galenson, a researcher at the University of Chicago, found that younger and older workers are innovative in different ways which complement each other. He found that older workers tend to be better at solving more complex, deep-rooted problems, thanks to a deeper level of understanding of current systems gained over the course of their long careers. Placing people together with very different ways of thinking leads to more innovative and ‘out of the box’ ideas known as ‘diversity of thought’.

Some companies, like Clorox, have experimented with “reverse mentorship” programs in which millennials mentor executives. These age-blended relationships have been powerful for both individuals, as there is much to be learned in both directions.

Creating a diverse workforce requires a shift in mindset. Rather than viewing diversification as simply good to do, companies need to realize that creating diverse teams can have a strong, positive impact on the bottom line and long-term success of a company.

Diane Flynn is the co-founder and CEO of ReBoot Accel, a career accelerator for women. Sandy Carter is the VP of Amazon Web Services and an advisor at ReBoot Accel. This article was inspired by a speech these women gave at SXSW 2017.