Are Tech Conferences Worth The Effort (And The Money)?

This is a question that I’ve been struggling with for years. With time, I've learned that the best thing you can do is set accurate expectations, and have a clear action plan in place as to what you want to accomplish at the event.

This is a question that I’ve been struggling with for years. Through my life as an entrepreneur, I’ve had the opportunity to be a TEDx speaker. I have good friends that have organized tech conferences themselves, and I’ve obviously been an attendee of a fair share of events and even part been of those Startup battle segments.

So, are tech conferences worth it? That depends on the expectations you have going in.

With time, I’ve learned that the best thing you can do is set accurate expectations, and have a clear action plan in place as to what you want to accomplish at the event.

Here are some of the goals we’ve set at Slidebean when investing time/money in attending a tech conference, and mostly succeeded at:

On the contrary, here are some things that we’ve tried to do in the past, and failed:

Surprised? Well, the fundamental problem with conferences is that interests aren’t aligned for attendees and organizers. Let me explain why:

(Most) conferences are a for-profit business

And a fantastic profit at that. Few people are aware of the income that they generate from sponsors and admission costs, especially when you have tickets going north of $2,000.

Many conferences deliberately sell as many tickets as they can to increase their revenues, which inevitably lowers the relevance of the attendees. If networking is your top priority, make sure that the bar is set high for the people attending.
An excellent conference will work to position itself as a great place for networking, whether you are a VC or a first-time founder; if this match is done successfully, talented, like-minded people will come together.

A bad (too revenue-focused) conference will just advertise tickets to lure in as many attendees as possible, often creating false or exaggerated expectations about what you’ll be able to achieve. Yes, Web Summit, I’m talking about you.

‘Startup’ Booths are overpriced and a ball chain 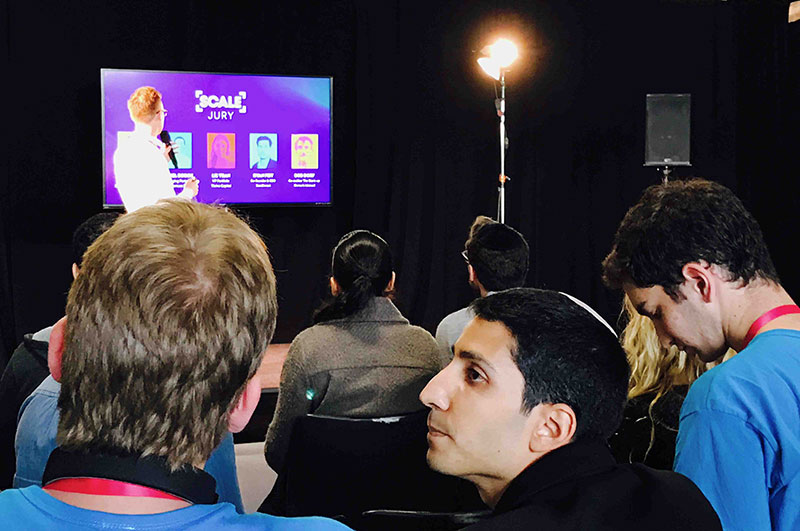 One way to increase sales and attendance is to advertise discounted tickets for ‘early-stage’ startups. They force you to buy 2-3 conference passes at a discounted price, with the chance of getting a booth and a very remote chance of pitching on stage (both TNW and TC Disrupt do this).

This deal is bad business, period. First of all, you are going to be tied to your booth protecting whatever hardware you brought. Then, the reality is that there are SO MANY booths and SO MANY teams that just attended the conference because of their booths, that the people you are going to get to talk to are your fellow, also-frustrated neighbors.

Very, very few interesting people walk by the booth alleys and stop to talk to you- and the odds of making it to the stage are not in your favor.

Speakers are not available for networking

It’s easy to build a beautiful landing page with a lot of fancy, recognizable startup names. The problem is the larger the conference and the more renowned the speaker, the wider the gap to the stage.

No, you are not going to get to meet Bono- he’ll arrive at a secluded green room 5 minutes before his talk, hang around there for a few minutes after he’s done, and then leave.

The same dynamic occurs with most speakers even if they are not Bono. They will rarely hang out outside, and if they do, they are going to be overwhelmed by other hustlers trying to land an elevator pitch.

So how to beat the system?

This is literally about beating the system- defeating the overpriced ticket and the other lot of hustlers that are going to be competing for attention.

Talk to people and be yourself

I couldn’t stress this more: talking to people goes a long way. It doesn’t matter if they come from bigger, smaller, cooler or crappier companies, building your network is great. Ask what they do, show interest, download their apps on the fly, grab their business cards and add them on LinkedIn. I know remarkable stories of close friends that met at a tech conference, or teams that got assembled there. It happens, especially if you’re not looking for it.

Know who is attending

Be aware that the audience will be made up of:

Audience distribution varies per conference, but you obviously want to focus on the ones that draw much more of your audience.

For example, we decided to attend TNW Momentum, very well aware that we were going to be dealing mostly with early stage co-founders. Still, this was a somewhat worthy investment because that’s precisely the type of user that we target with our pitch deck software.

I’ve seen some legendary hacks on tech conferences. My good friend Pete Sullivan from Jackpocket went to a YC Demo Day and left fake parking tickets for everyone. While not technically a ‘tech conference,’ Meerkat’s campaign on SXSW put them on the map. 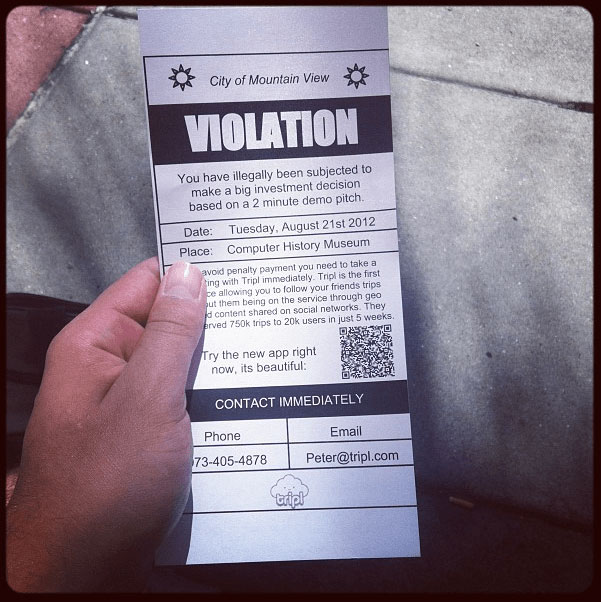 At Slidebean, we’ve come up with a couple of models that have worked for us:

Hey, nobody forgets our awesome, plastic, transparent business cards. Kudos for morningprint.com for hooking us up. 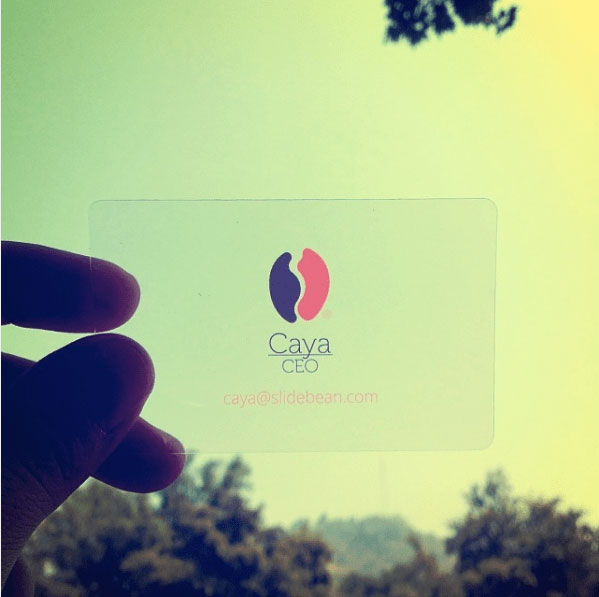 Find a way to measure the impact caused by going to the conference and how that fits in your budget. In our case, attending and hacking startup events is part of our ‘Brand Awareness’ budget, and we measure its success/impact with metrics like Cost per Brand Impression, Cost per Lead generated, Cost per Evangelist/Reporter met.

When you can accurately track the impact that you generate and compare that to the results of other campaigns and experiments, it sheds a clear light on where your efforts (and $$) should be going. You can use something like the Bullseye Framework from the book Traction to define these experiments.

Was this read useful? If so, check out Slidebeans startup marketing blog.

Caya is a co-founder and CEO at Slidebean, a 500 Startups company based in New York and Costa Rica.