The founder and CEO of Usermind talks about imposter syndrome, gender bias in tech and why the best decisions are the ones she made when she was afraid.

Michel Feaster is not a woman you’d expect to be scared of anything. Her company, Usermind, is taking on the massive market of customer relationship management (CRM) software by providing a truly personalized customer service experience. Their focus? Millennials.

“Millennials have zero tolerance for companies that are not personalized,” Michel tells Startups.co. “Pretty much every business is facing this world where they’re going to win these hearts and ears — or someone else is going to win the Millennials.”

But Usermind isn’t Michel’s first time on the startup merry-go-round. Her first foray into the startup world was as employee #19 at Apptio. She joined Apptio with the  goal of learning firsthand the ins and outs of building a company from the ground up from serial CEO Sunny Gupta.

“It was like going to a hands-on college,” Michel says. “It was basically an advanced class in the thing I wanted to go do.”

Michel took the lessons she learned from Gupta and Apptio and set out to figure out her next step. She took three months and met “everybody and anybody,” from the entire Andreesen portfolio, to two engineers and a dog working out of a garage. Initially she thought she’d join another startup, but she realized fairly quickly that wasn’t the right move.

“I don’t know how many people I talked to, but I came away and said, ‘There’s really only one or two CEOs I’d want to work for,” Michel says. “Why wouldn’t I want to work for the other 98, or whatever that number was? The answer was that I probably shouldn’t be working for anybody anymore. I was really ready to do my own thing.”

But then Michel ran up against the one thing that comes for us all, no matter how successful or badass we are: Fear.

Fear: “Being afraid is not a good enough reason.”

Fear. It’s what holds us back from taking that leap, marrying that person, founding that company. It’s a powerful adaptive behavior that has been essential for the survival of the human race. Fear protects us from predators, from natural disasters — and from ourselves. But, according to Michel, “just being afraid isn’t a good enough reason” not to start a company.

“I kind of feel like my whole life has been a struggle with fear,” Michel says. “And the best decisions of my life are the ones I made when I was afraid.”

Michel took that fear of founding her own company and did the one thing that psychologists and behavioral therapists always recommend: She took action. In order to figure out what her company was going to be, Michel came up with around 10 questions and interviewed “a couple hundred people” who owned tech in sales and marketing. Through that process, she realized that millennials had a different idea of what customer service should be, when compared with previous generations. She saw a huge gap in the existing landscape and figured this was a chance of her to really make an impact.

I kind of feel like my whole life has been a struggle with fear. And the best decisions of my life are the ones I made when I was afraid.

“Any moment you’re terrified, probably you’re facing a growth opportunity,” Michel says. “Every time I’ve said ‘I’m afraid’ and I’ve leaned into my fear and done it, I look back and so much growth came from it.”

Michel’s leap straight into that fear was validated when she showed people her prototype of what would eventually be Usermind.

“We built this little prototype and brought it back to a bunch of people — and the reaction was amazing,” Michel says. “People were jumping out of their chair, running to the front of the room, pointing to the screen. And I thought, ‘Okay. Not only could this be big but our directional idea of how we’re solving this seems like it’s resonating with people.’” 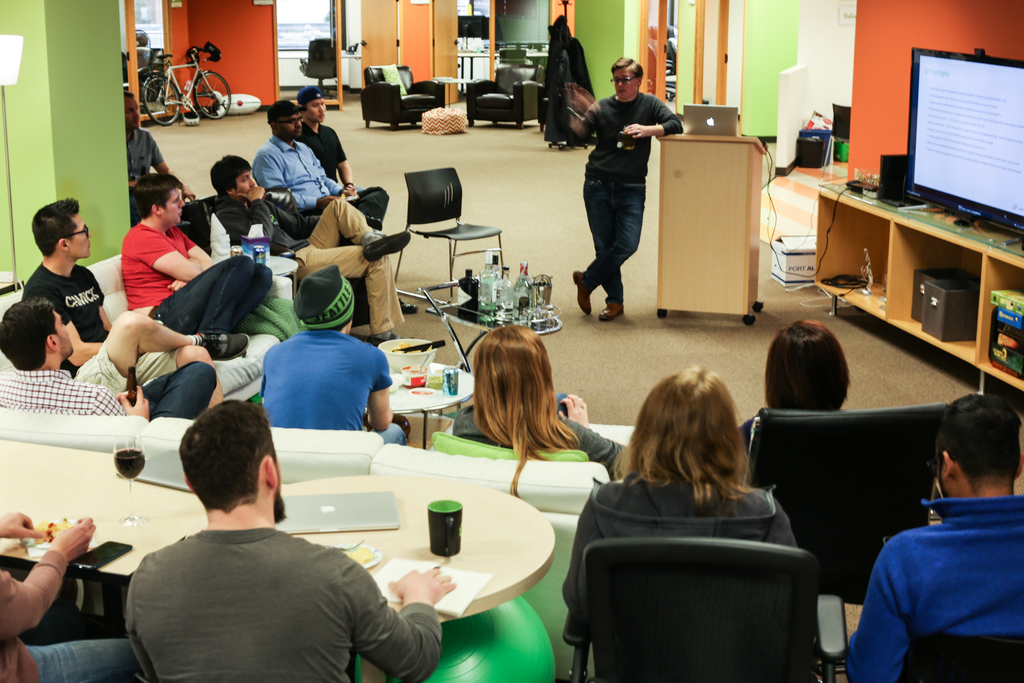 Imposter Syndrome: “Oh yeah. Are you f*cking kidding me?”

Who hasn’t been knee-deep in a new business or project and thought, “I’m a total fraud”? That feeling is called “imposter syndrome” and it’s something that so many creative, successful people — from famous actors to world-renowned doctors to startup founders — experience at some point in their lives. When I asked Michel if she struggled with imposter syndrome as she founded Usermind, she said, “Oh yeah. Are you f*cking kidding me?”

However, she also points out that a lot of Silicon Valley culture is about posturing — which only exacerbates imposter syndrome — and that has a detrimental effect on people of all genders.

“There’s this weird culture where if you say anything isn’t perfect, you might not work for me or you might not give me money or buy my product,” Michel says. “I think there are probably a lot of male founders in the valley who are feeling shitty inside. That’s why we see all these suicides. Why are founders killing themselves? Probably because they can’t really be open about the truth of what’s happening.”

Gender: “Gender bias absolutely exists, regardless of my personal successes”

You can’t escape a conversation about gender when you’re a woman leading a tech company. Especially now, with  companies like Uber and Google making news because they’re paying for prioritize gender balance early on, a woman running an enterprise company gets attention.

“I don’t think it’s a surprise that there are more women founders in the retail sector,” Michel says. “But I think it’s more of a stretch to be a founding woman in enterprise. In enterprise, it’s a macho culture. It’s a war culture.”

And, Michel says, she has a “love/hate relationship with the woman founder thing.”

“There’s definitely a part of me that bristles at the idea that what I do is meaningful because I’m a woman,” she says. “But gender bias absolutely exists, regardless of my personal successes, so I think I’ve become more passionate about advocating for women.” 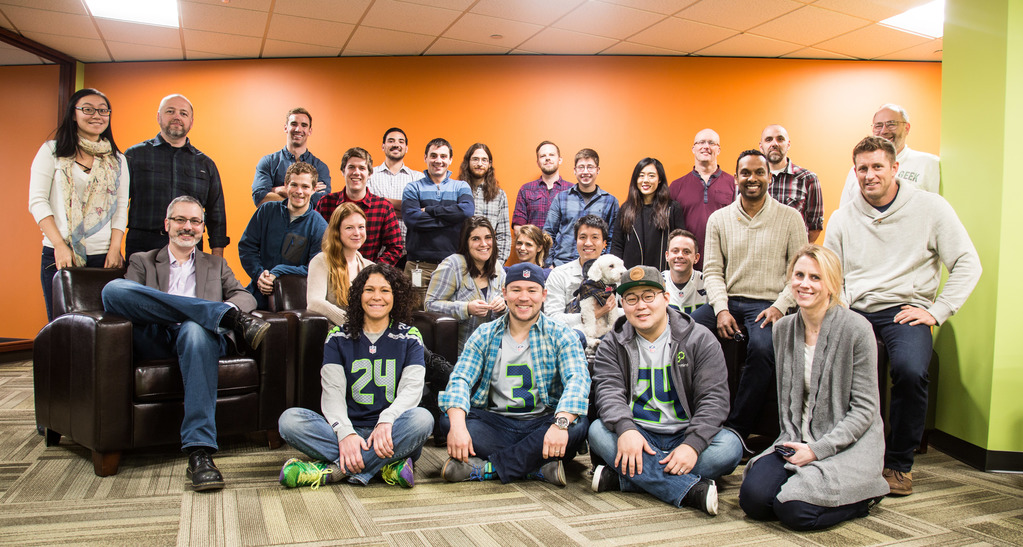 In addition to her gender, Michel knows that her gender presentation also affects how she moves through the tech world. But while being a woman might make some things more difficult, she suspects that presenting as more “butch” may actually help.

“Being a lesbian, I think it’s probably easier for me to have male mentors,” Michel says. “On the one hand, I think it’s been good for me because I’m not a threat to anyone’s wife or partner. You only have to look at me to know that I’m not straight. It’s not a complicated question.”

And those male mentors have opened a lot of doors for Michel. Ben Horowitz, of Andreessen Horowitz, is a close personal friend and essential mentor who has helped her immensely. Michel clearly values her relationships with mentors, but acknowledges that “the higher you go, that’s 99 percent men.” That could, she says, cause issues for straight or bisexual women who are trying to rise in their industry.

In enterprise, it’s a macho culture. It’s a war culture.

“That’s part of the dynamic of men and women in the workplace,” says. “There’s a lot of sexual aspects that we don’t want to acknowledge.”

The answer? More women in leadership positions. While she acknowledges that there are no “easy answers” or silver bullets, Michel wants to see more companies led by women — and more exits by women founders. Only then, in her perspective, will gender be less of an issue in the tech world.

At Usermind, Michel is doing her part to make sure that people see a strong woman founder and CEO — and an excellent product.