The Next Big Thing is small towns

Marc Nager has spent the past eight years of his life building Startup Weekend into one of the biggest startup ecosystems in the world. His next big bet? Small towns.

Marc Nager might know more about the global startup ecosystem than anyone in the world.

While that statement seems hyperbolic, it’s not: Marc has spent the past six years expanding Startup Weekend — which brings startup entrepreneurs together to create a new company over the course of 54 hours — from 32 events to almost 3,000 worldwide.

Today, it’s one of the most recognized names in the industry, with close to 200,000 community members and over 23,000 teams formed in 150 countries.

“In my time with Startup Weekend, I was so fortunate. I got to meet heads of countries and work with executives from many Fortune 500 companies,” Marc tells Startups.co. “I got to work with leaders, entrepreneurial grassroots leaders from literally hundreds of communities around the world. I’m just fortunate. I probably have one of the biggest and most genuine networks of people trying to lead this entrepreneurial movement in the world.” 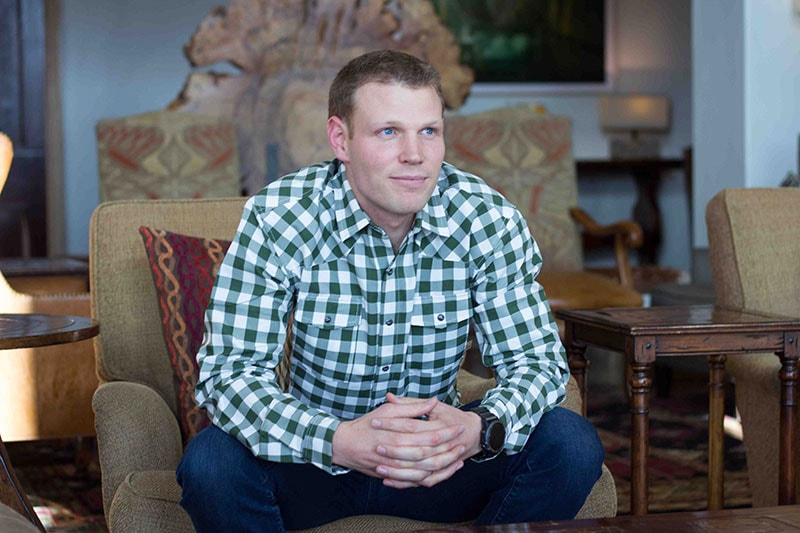 But after all that world travel and network building, Marc is ready for a change.

Today you’ll find him firmly ensconced in Telluride, Colorado — population 2,319. He and his wife moved there this summer so that he could take the positions of VP of Innovation at Telluride Foundation and Managing Director at Telluride Venture Accelerator. And like everything else Marc has done, that move was purposeful. He’s working with a clear mission: To transform the startup scene in this tiny little resort town — and potentially in small towns across the world.

So what does it take for a world traveler and change-maker to settle down in a town whose population is just a little over 10 percent of the worldwide community he built? Two things: Inspiration — and burnout.

When I asked Marc about how it feels to make this shift from worldwide organization to smaller companies in a tiny town, he was candid about the realities of running an organization as big as Startup Weekend.

He’s working with a clear mission: To transform the startup scene in this tiny little resort town — and potentially in small towns across the world.

“There’s a real human toll to building a company,” Marc says. “We [Startup Weekend] got up to about $10 million in revenue and we had 75 people on our team… It was a slog. I definitely sacrificed a lot of personal relationships — I gave everything to the company. This is an opportunity to take everything I’ve been doing and apply to my own community in a way that I think is a little more sustainable for me. It’s tough.” 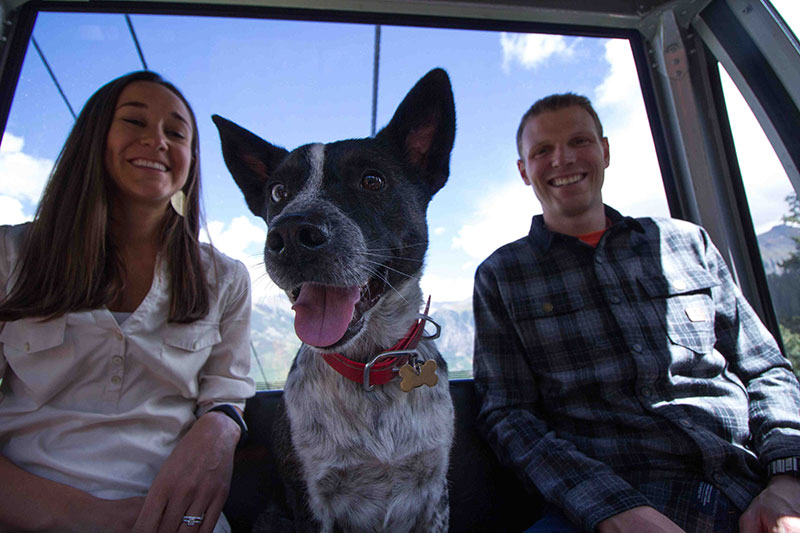 THE NEXT STARTUP REVOLUTION: SMALL TOWNS

Marc believes the next stage of the startup revolution will be a focus on small towns.

Looking back over the past seven or eight years, Marc sees a “resurgence of entrepreneurialism” across the world — but it’s mostly been in major cities. However, that same entrepreneurial spirit that spurred this latest startup revolution in Silicon Valley or New York or London is popping up now in small towns around the world. Marc firmly believes that it’s here, in the forgotten corners of America, that startups can have the biggest impact.

But to get there, Marc says that we’re going to have to change the a lot of the language, rhetoric, and even methodology that we currently employ in startup culture.

“The fact is that the things that worked in Tier 1 and Tier 2 markets are very applicable, but not necessarily directly to these small markets,” Marc says. “One of the primary things I’m looking at is that a lot of the startup rhetoric, methodology, programming, investment models — they’re all built around this power law, Moneyball strategy.”

Marc went on to explain that the model of 20 percent of a portfolio’s investments driving all of investor’s return has created a mentality of having to come back with a 20x return. And while that’s fine for certain types of business, it’s simply not going to work with small town SMBs. However, that approach has “permeated every level of the programming” — from online advice to accelerator programs to entrepreneurship classes at universities. The entire startup system is gearing people for a 20x to 100x return.

In small towns, however, building a huge company not only isn’t the goal of most entrepreneurs, it’s also just not practical. With that in mind, Marc is focusing on companies that would be considered “small” in a larger ecosystem — the guy who hand-builds skis or the cold brew company that wants to take their bottled drinks national — with an eye toward shaping this community that he’s chosen to call home. 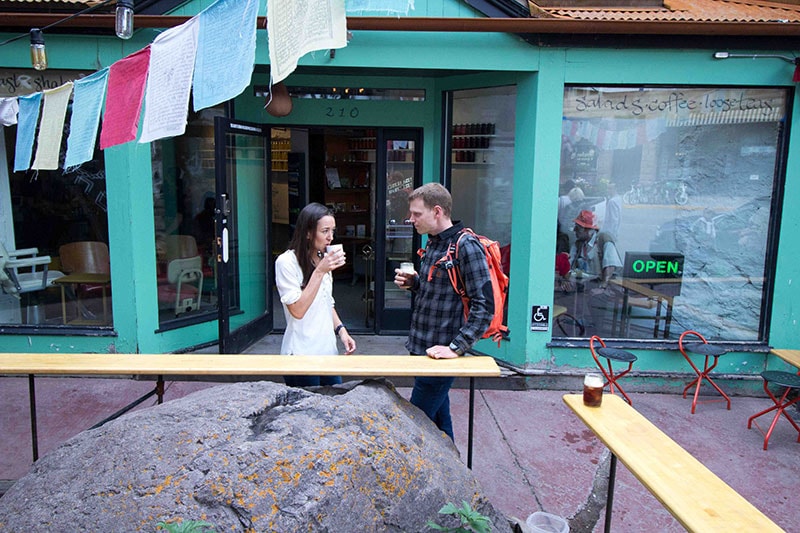 TO CREATE IS TO BE HUMAN

There’s no doubt that building a startup — any startup — takes a toll on founders. But for Marc, the drive pushing him to create new businesses and help other entrepreneurs do the same is about more than a 20x return. It’s about the values that he builds his life on.

“Entrepreneurship is the most uniting force and thing on this planet,” Marc says. “At its core, entrepreneurship is about a set of values. It’s about problem solving, creating, building, collaborating, diversity of opinion. The values behind entrepreneurship transcend every human boundary that we put up — cultural, racial, political, societal, religious boundaries — they all just fall away when it comes to entrepreneurship.”

In Marc’s view, entrepreneurship has the potential to change not only how people do business, but the entire capitalist system. Noting that we have to “give it [capitalism] credit for what it’s done for us,” Marc nonetheless believes that capitalism needs to “align with our values a bit more.”

“The thing is not to disrupt mainstream business or compete with them, even. It’s to empower those mainstream businesses,” Marc says. “More than anything, it’s to disrupt the big corporate models of today. All of the trends from the Millennial generation are pushing toward things like local and organic; more authentic and experience-driven. Those dynamics and trends are going to push toward different buying and consumer behavior. And that consumer behavior isn’t running to Walmart to buy everything.”

Instead, Marc envisions a world where consumers go to the coffee shop that roasts its own coffee and serves it in handmade cups and then head to the local butcher to get their locally raised meat. It’s a lovely vision, one that is perhaps a bit more idyllic than realistic for a wide swath of America, but that doesn’t mean it’s not grounded in cold, hard economic reality. 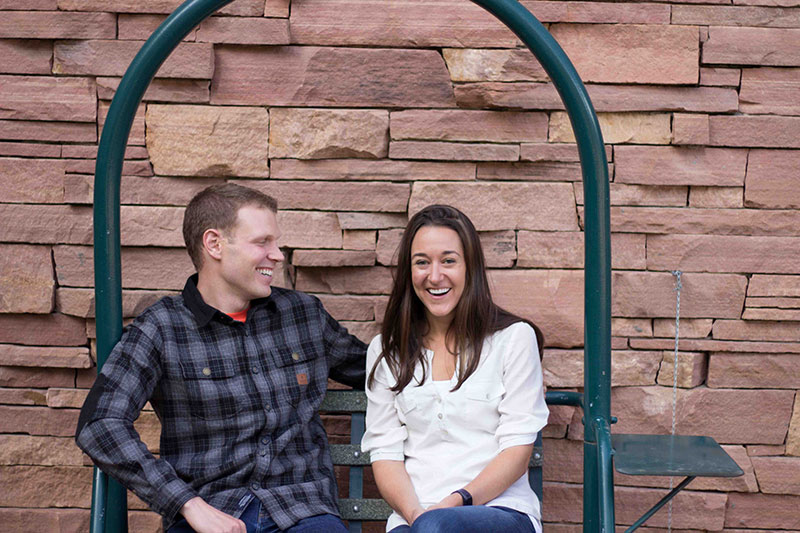 SMALL BUSINESSES ARE THE DRIVER OF OUR ECONOMY

According to the Kauffman Institute, “New and young companies are the primary source of job creation in the American economy” and businesses with less than 50 employees create 95 percent of all US companies. So while the corporations and major tech companies are important, of course, it really is those smaller businesses — the ones that create purpose and meaningful lives, according to Marc — that are fueling the growth of our economy.

“Everyone understands that the number one outcome of entrepreneurship is jobs,” he says. “And that, really, it’s purpose. When you can create purpose for people, that helps builds a meaningful life, meaningful communities — it’s just what we as humans thrive off of.”

Time will tell if Marc’s thesis about the next stage for startups will play out but considering his experiences and knowledge, it’s pretty safe to say that this move isn’t just more sustainable for Marc: It might just be more sustainable for the entire startup infrastructure.