Betting on Relationships: The Slack Fund

This is how great partnerships are built, how great products are brought to market, and how the best returns are ultimately made.

Earlier this week we had one of our partners publicly share some news that we’re equally excited about: We’ve raised a round of venture financing that includes Slack and their investment vehicle, The Slack Fund.

And as they so thoughtfully put it, it’s a “two way street” as they are betting on us and we are definitely betting on them. You can read their full announcement here as well as a companion Forbes piece sharing the news as well.

Although this is exciting news all the way around we have been somewhat coy about going public with any venture financing news. Part of this has to do with the fact that many people wrongly believe that raising a round of venture is, in an of itself, a “big deal” — it’s just not true.

Or rather, people mistake this event as a overly-strong signal that the startup is a success when, in fact, it means almost none of that.

The reason a startup raises money is because, statistically-speaking, the vast majority of startups die without funding and raising money increases the statical chance of sheer survival. This is also because the amount of money required to get a project profitable (i.e. into a real business) is most typically outside of the reach of the founder’s own pockets and their families and friends.

Consequently, we didn’t want to contribute to any of the existing “startup funding” noise and have folks focus on things that do not matter nearly as much as building a product that people want and hiring great folks to make it all possible.

Obviously, raising a round of financing from the likes of The Slack Fund (and a few others) helped us afford the quality people that have said “Yes” to us and have joined the team in the last few months! 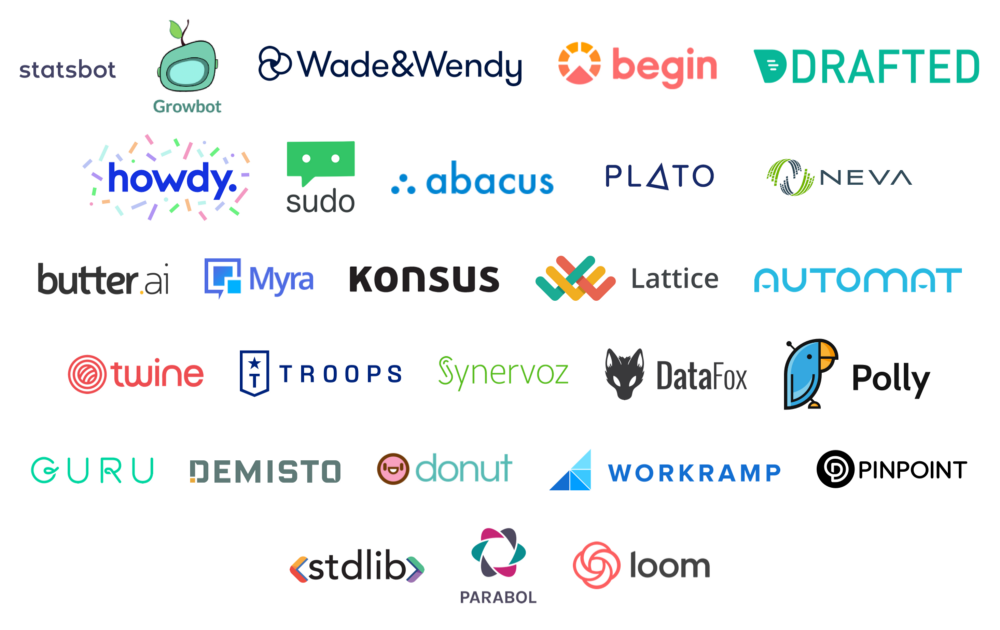 But there is something I think is fundamentally more important to talk about with regards to raising any venture funding and it’s quite simply this: Raising a round of capital is, at it’s core, about relationships.

Or rather, it’s about building and cultivating relationships over time and being patient enough to experience the upside. You see, what I’ve discovered is that most folks are good at the former and pretty weak at the latter. They are good at building relationships but poor at keeping them healthy and oftentimes quit them way before they have a chance to create real, meaningful value.

To compound the already difficult challenge of keeping relationships healthy and fresh is the fact that most (all?) of us are grossly impatient, despite the fact that we all intellectually understand that the best things in life take time to build and to cultivate and grow. If we don’t get what we want quickly then we simply move on.

What I most appreciated about Brad, Jason, and the rest of The Slack Fund team is their investment in our growing relationship since the very beginning all the way until agreeing to do ultimately do a deal together.

Somewhat poetically, it was almost a year to the date since my first encounter with the team and us agreeing on terms. Take a look at this email invite that included Brad and Jason on May 17, 2016: 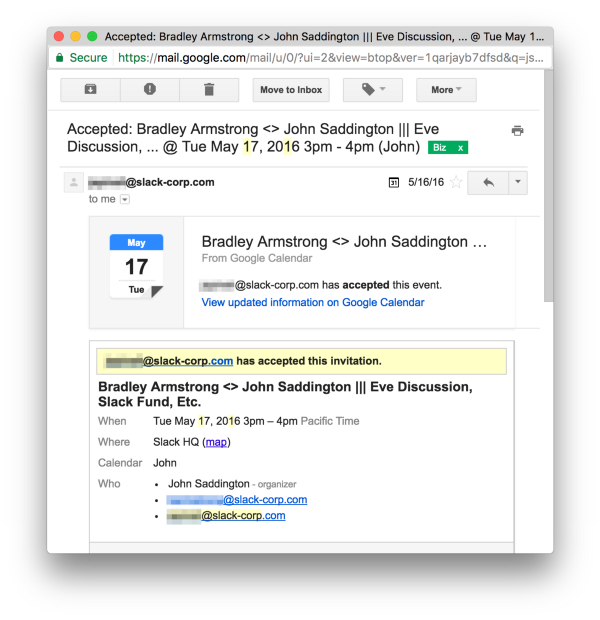 The introduction was made through a series of warm introductions and relationships from other VC’s into the product marketing team (hey Ceci! 👋🏼 🔥) and eventually to Brad and Jason.

It’s worth noting that the original concept was not Pinpoint but another project that I had been working on that was at a very critical point of either raising a round of capital or heading back to the drawing board.

To make a long story very, veryshort I decided to take the second option and accepted a role as an EIR (“Entrepreneur in Residence”) at an early-stage VC firm hacking on a few other ideas, networking with other potential cofounders, and eventually connecting with Jeff and Nolan.

All along the way, though, Jason and Brad kept close watch and counsel and we met a number of times, exchanging updates and getting feedback on the iterations that were being explored.

Fast-forward a year later (and a ton of conversations) and on May 11, 2017 we got an exciting commitment from Jason and The Slack Fund team:

And almost a calendar year later from the first initial meeting (367 days, to be exact) we signed the agreement and we were invited into the greater Slack Family (via Slack): 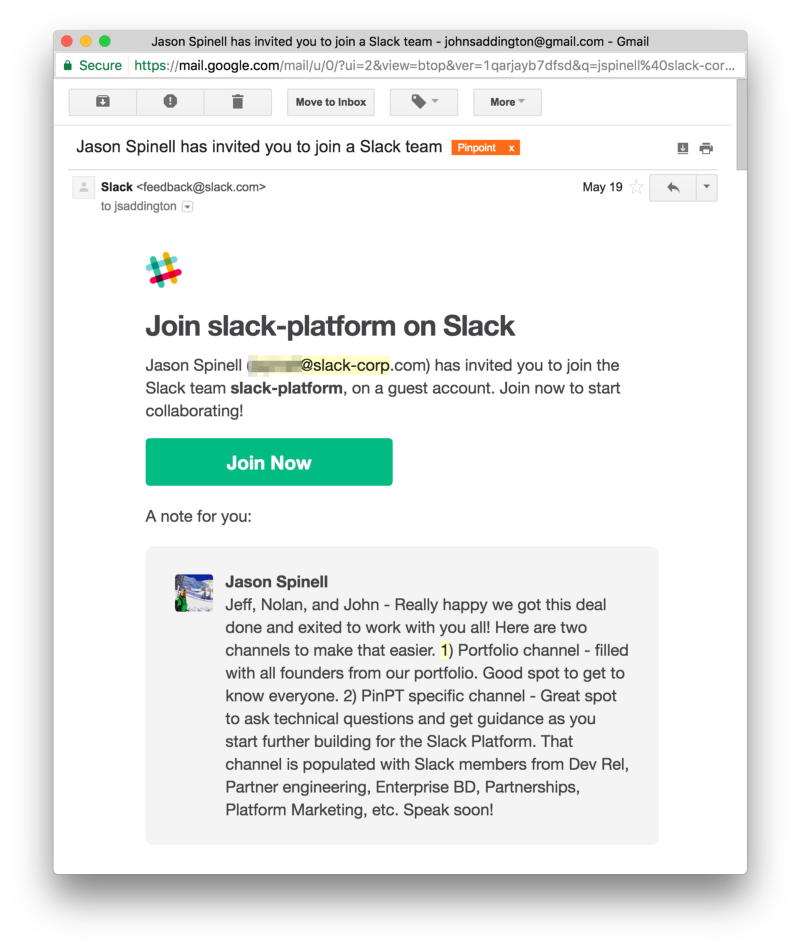 The point is this: Jason and the team knew that outside of the obvious table stakes of concept, technology, and opportunity was the most critical piece of the investment decision-making pie: A growing, mutually-beneficial relationship.

Did the process go a lot slower than I had originally planned? Of course. Was I personally frustrated to not have my original concept funded? Naturally. But that was because I was, like many folks, an impatient founder on mission.

You see, betting on Slack wasn’t a one-time event; rather, it was a series of smaller bets that continued to get bigger over time as everyone earned the right to work together.

This is how great partnerships are built, how great products are brought to market, and how the best returns are ultimately made.

Thanks Slack and The Slack Fund team for making the wait entirely worthwhile.

John Saddington is the Co-Founder of Product, Software Engineer at Decentralized TV, entrepreneur, dad, and n00b vlogger. He likes video games. Follow him on Twitter (@8BIT) or check out my vlog!