Carmen Sample, CEO of Sample Support, is growing her company at 73% compounding each year. How does she do it? With the right incentive plans for her employees!

We opened our doors in 2010 with less than 100k in revenue. Despite bringing in money the first year, I technically lost money due to start-up and capital expenses. I even had to get a loan from the IRS to cover taxes that year that took me four years to pay off.

It was my first exposure to the “Oh wow, THIS is how businesses fail”. I had to grow quickly and with a sense of urgency to keep enough cash coming in to pay for the baseline business expenses. I was hustling while crossing my fingers that my hard work would pay off. It did. I grew so fast that I had to hire people quickly that cared as much as I did….and I did. The second year we grew by 630%. We followed that first year burst with an average of 73% growth every year for the next 5 and we continue at this pace. 73% growth in an industry that averages about 7%…and yes, those are compounding growth rates.

HOW did I do it? I put people on incentive plans. Not just ANY plans, but highly effective plans that helped scale our business quickly and efficiently.

How do you decide your metrics? Figure out what part of your company needs intensive attention and create data-driven metrics around it.

Are you struggling with inflated labor costs? Create a labor cost % metric.

Are you struggling with turnover? Create a retention metric.

As you think about this, consider my 10 golden rules of effective incentive plan design: 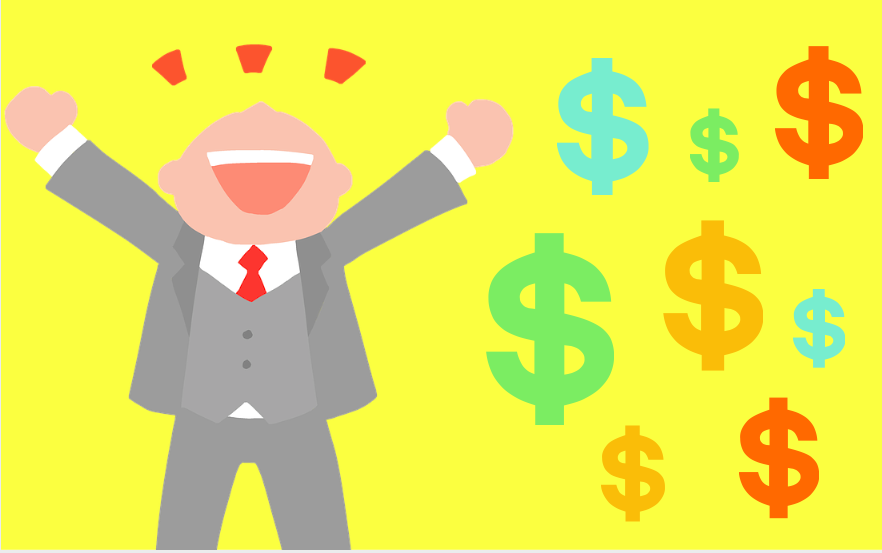 1. Positions are bonus-eligible if they qualify for one of two reasons:

2. There are no passive bonuses.

To hit any bonus in the company it is going to take work. If it is easy, it isn’t bonus-eligible. It is intended to be a challenge and if someone hits it EVERY quarter they are either amazingly consistent or it is a weak bonus structure. I’ve seen both happen. Amazing people that perform consistently well SHOULD get a bonus every quarter and a weak bonus structure should be adjusted immediately.

3. There is no entitlement to a specific structure incentive structure.

I change the bonus plans every quarter based on what the business needs at that time. Sometimes they are slight adjustments and sometimes it is a complete overhaul. I am clear that there is no long-term entitlement to a specific metric, but that bonuses are intended to incentivize engagement in a specific way of working.

4. The potential amount must be high enough to make it worth it.

You know those companies that claim they pay bonuses but it is maybe $75 a quarter and no one really understands it? I argue that anything less than a potential extra paycheck is NOT an incentive. Make the potential high enough where no one questions “Is it worth it?”.

5. A bonus must be above and beyond what you are expected to do as part of your job.

“Managing a team effectively”? Nah… that is what every manager does. “Sticking to your budget”? Nah….that is part of every job. “Maintaining accurate data?” No, everyone should be doing accurate work. If you are struggling with deciding whether or not something is a performance metric or a bonus metric consider this: Would you terminate someone over the metric if it wasn’t hit naturally? If the answer to that is a yes, it is a performance metric.

Remember that salaries account for the scope and responsibility of a position, whereas a bonus reflects strategic growth.

6. A bonus metric HAS to be measurable through numbers and data.

I do not waiver on this. For example, “Maintaining high team engagement” won’t cut it. You must break down your goal into measurable parts. If you want to measure team engagement, you can start by saying “Your team turnover must be less than 10%”. If it can’t be shown to me in a spreadsheet with formulas that I personally understand, it won’t work as a metric. People must be able to hit a metric in order to share in the % of profit.

7. The bonus MUST be in the person’s full control.

People do better with single accountability structures — It starts and ends with you and there is no one else to blame. There are specific instances where we do a shared/group bonus metric due to the complexity of shared sales interactions or shared staff, but truth be told: I don’t like shared metrics. I will actively work to figure out how to avoid them and sometimes I will rework an entire job description to get people to a place of single accountability.

8. The incentive must be clear and easy to understand.

The person in the position must be able to understand how they directly influence their ability to receive a bonus. The person must be able to recite back to you how they can change their metric and quickly show you the spreadsheets/tools they are using to track the information. They should understand the metric down to every individual formula of how they get there.

9. The incentive must be obtainable.

Remember, this doesn’t mean easy. Whenever we do a new bonus metric we look at previous quarter/year information to see what the data was. For example, if we are looking at turnover metrics we look at each Department and review the turnover rates. Some were high, some were low. We then identify the rate we WANT it to be based on how that Department is ran and then roll out a metric to compete with what the “best” performer has demonstrated they can do. We want people to strive towards top performance all the time.

10. Bonuses should be issued publicly.

This creates competition and yes, you want bonus-eligible people that want to compete. It is fun to show off the awesome numbers and it creates an incentive for someone else to see that it CAN be done. If a person isn’t interested in the competition and transparency, they probably shouldn’t be in a bonus-based position.

Now for the feelings:

Bonuses to me are an act of service to my team. It is my “THANK YOU” gift for the extra level of hustle that comes along with growing the business. No, it doesn’t have to be done, but I think it is something that should be done if the company can swing it. It is a monetary xoxo to some of the hardest working people that your business has.

Find the people that like competition. In the early years I had to combat a lot of “I don’t work for money” comments. It is annoying when you are trying to convince people to get paid more money…what a waste of energy…no thank you. We have since started screening everyone in bonus-eligible positions for competition skill sets BEFORE we hire them. We want the people that like the hustle.

Be prepared for people to say “It is too hard”. Yes, it is a challenge…and that is the point. People need to be able to embrace that it is challenging and be ok with that.

Be prepared to talk about money A LOT. I would suggest people use bonuses as an opportunity to move into a transparent pay model:

Be prepared for people to work hard and potentially still not hit the bonus. This actually is really painful to watch and there is always a part of me that wants to give an A for effort…but I don’t. Remember to only pay for outcomes and not for effort, as the outcomes are ultimately what matters.

It’s ok to change the bonus if it didn’t work or if it was not obtainable. This should be rare, but when it is necessary I always do it in the employee’s favor. If I see someone working their ass off and doing all the right things but they still didn’t hit the metric it means I may have made the metric too challenging, which can start to be a de-incentive.

Bonuses only exist to strongly influence people to work in a specific way that is necessary for company success.

In 2012 I had 3 people on a bonus plan. In 2017 I now have close to 30 people. Now, do I think that some people would work this effectively with or without a structure? Yes…I believe there are some….a select few. I personally have grown programs for companies without a whisper of a bonus. That said, I guarantee I would have happily grown it faster for that company if I would have had one. I’m interested in fast growth and I’m more than happy to pay for it.