How Can You Attract a [Strong and Diverse] Winning Team?

Here are actual ways to make sure you are hiring a diverse team in backgrounds as well as skill-sets.

Much talk has been thrown around regarding the importance of diversity; however, as Dave McClure of 500 Startups noted, “There’s a soft bias toward doing things that are familiar.” In general, that means statistically more “white male nerds” get hired and receive funding “–I think we are making progress,” Dave said, “Now it’s brown and yellow nerds that get funding.”

As a small startup, your first hire can make or break your team, and as teams grow, there is a natural tendency to bring on people who remind you of yourself. What are actual ways to make sure you are hiring a diverse team in backgrounds as well as skillsets? 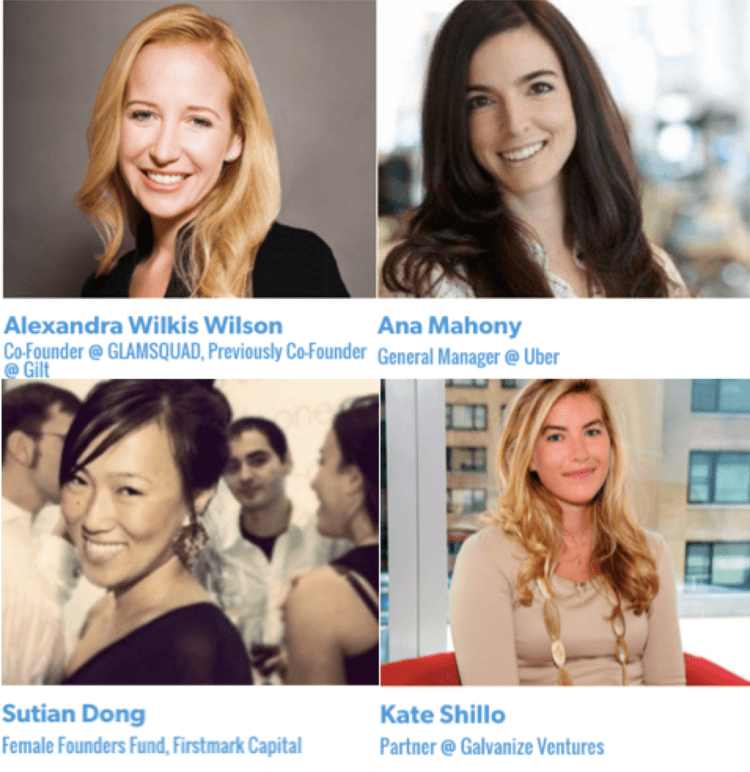 Here are our actionable takeaways:

Your core attracts your applicants. Take a hard look at your core team

The core of your team will inevitably attract similar applicants. People are drawn to people who remind them of themselves. Sutian retells the story of two male co-founders, sons of immigrants who were adamant about ensuring diversity in hiring.

Only when they took a company picture at the end of the year, did they realize there were no women in the picture — they had resort to pulling random women to stand in the picture. The lesson? It is difficult to “hire for diversity” when your core itself is not diverse.

When people look for jobs and think about fit, they’re going to look at the current makeup of the team, and it’s easier to ensure there is diversity early on when there are five people rather than when there are 50.

Actionable tip: Adding in a simple sentence at the end of job descriptions that underscores your commitment to diversity, e.g. “we encourage people of all backgrounds, and all experiences to apply,” will change the makeup of applicants.

Consider bringing on a “bar-raiser” for your hiring process

The bar raiser is an objective party that does not work for the company and is tasked to ask the questions that the hiring team doesn’t think to ask in order to prevent assumptions or biases that otherwise might be overlooked.

The bar raiser should effectively moderate interview debriefs, making sure all concerns are aired and be able to candidly say, “Here are the criteria we have for hiring, here is what we have, and here is what we’re missing.”

At Uber, Anna stresses, “We hire for teams, and when you have a diverse group of people as part of that process, then you naturally attract diverse applicants, and that mindset is reflected in those we hire.”

Early on at Gilt, Alexandra brought on an executive coach to build out a highly functional team. At the time a team of seven, they used the Myers Briggs test to assess their profiles.

The result? When all team members were mapped out on 16 quadrants, they discovered they were all very similar in how they thought and how they processed information.

It’s human tendency to hire people that remind you of yourself, and entrepreneurs tend to be “idea people, glass half-full optimists. Make sure to balance this out with others who are are analytical, realistic, and metrics-driven. “It’s important to think about diversity not only in how people look, but also in how they think.”

Test for skills rather than for previous experiences first

There’s a natural inclination to ask about someone’s past work experiences. However, at Uber, they test for skills first by administering real life case studies that reflect what you would actually be working on in the role.

If you’ve enjoyed doing those assignments – whether that’s structuring a marketing campaign, writing a blog post, organizing operational flow – then both sides actually get a sense of if you would thrive in that role.

If you’re on the hiring side, ask these questions: “Are they structured in their thinking? Are they articulate? Are they creative? Can they pick up on a hint and build upon it?” Ask questions about a puzzle you are trying to figure out, and see how they analyze the pieces.

Think you’ve found your dream candidate? Make sure you don’t overlook reference checks. To make sure you are unbiased in hiring, Sutian recommends having your company’s board members meet any executive team hires.

Reference check who they’ve worked with before, even check with people on LinkedIn that you are mutually connected with. One challenging question that Alexandra always asks references is “What’s the worst thing you can say about this person?”

References tend to err on reviewing candidates positively, but this question can shed light on potential red flags such as, “x tends to be impatient and had some difficulty working in our small team.” Kate encourages people to “check [the candidate’s] credit, especially if they’re managing your money.”

At SheWorx, we believe that you need to be authentic about your reasoning behind why you believe diversity is important to you. Make sure that if it is a priority, you are clear about that during your interactions with the candidate.

If you fundamentally don’t know what your reasoning is behind supporting diversity, then take the time learn the facts, read the stories, and analyze different viewpoints, so you can formulate an opinion that aligns with your values and beliefs.

The worst thing you can do is to say you are committed to diversity and not be able to articulate why it’s important to you. When you share your reasoning, cite a story that makes you believe that improving diversity is important. People can smell inauthenticity and that’s the last thing you want to project to a potential hire.