Here's a list of some of the industry's most highly-rated crowdfunding experts and consultants. Their years of hard-won expertise can help you determine if crowdfunding is right for your business, as well as how to increase the odds of getting funded.

On a first foray into crowdfunding, a founder might find that things are more complicated than they thought at first. What are the best practices? What type of crowdfunding should they do? Which of the many, many sites should they go with? It becomes clear very quickly that while they might be experts in their fields, they’re certainly not crowdfunding experts.

There are plenty of perspectives out there on what to do and what not to do; plenty of crowdfunding experts who are offering their advice to new entrepreneurs. (If we’re being honest, there are probably too many.)

The same issue comes up: How do you know who to trust? 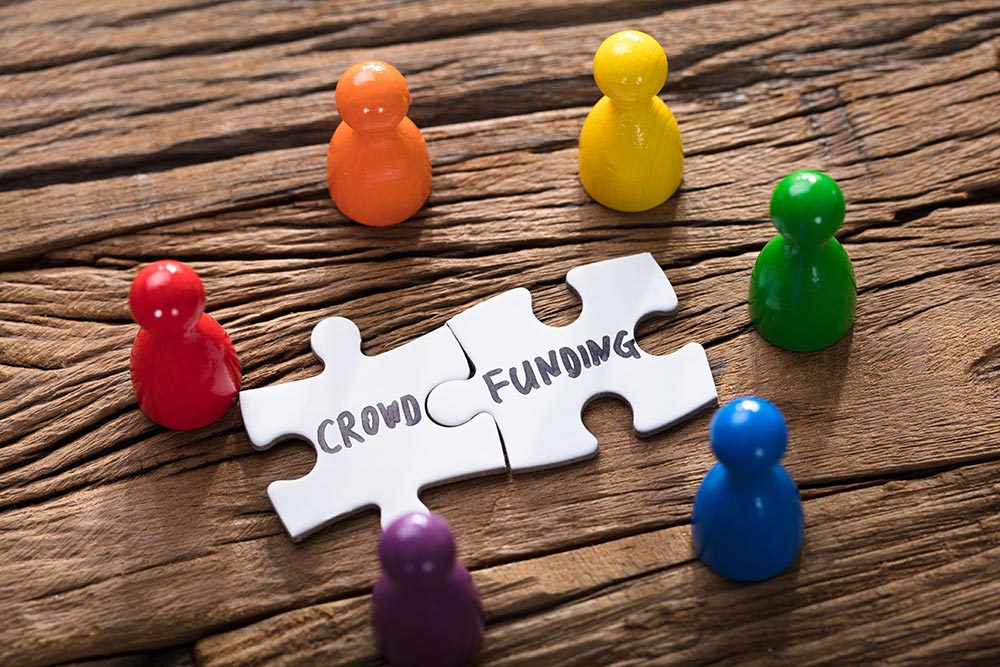 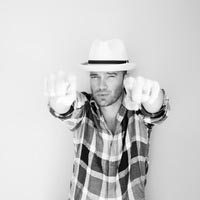 Ryan Rutan is a father, friend, and founder. His experience in crowdfunding comes from launching Fundable.com and being a fly on the wall of 1000’s of fundraises. He spends his days growing Startups.co and helping fellow founders find their way.

a. Triple check your reasoning for raising funds.

“So often people are raising funds before they’ve really validated the need for funding. In my opinion, there are two types of funding: enabling (let’s you do something you really and truly cannot otherwise do) and accelerative (let’s you do something you could otherwise do, just a little faster). I only believe in raising enabling funds at the early stage, because the reality is doing things faster is rarely the answer for startup companies. In many cases, they are just accelerating towards a curve they’ll drive right off.”

b. Prepare your audience well in advance — and condition them to be ready for the raise.

“Give them baby steps for being involved: inviting friends, sharing posts, and gradually increase the engagement to bigger asks, culminating with participating in the fundraise and promoting it. (If this is allowed based on the type of raise you’re doing. Be very careful about what you can and can’t do, or have others do on your behalf in the event of an equity raise.)

“So many times people exacerbate money issues by launching without proper preparation in a misguided attempt to ‘hurry up and get funded,’ only to spend time, cash, and energy (all very limited resources at the early stages) while failing to raise.” 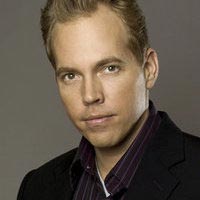 2. Wil Schroter, CEO and co-founder of Startups.co and Fundable

Wil Schroter is the Founder and CEO of Startups.co, the world’s largest startup launch platform. He’s launched nine startups over the last 25 years and has authored hundreds of publications on how to start a company.

a. Start with a fraction of your raise target.

“And grow it from there.  If you are trying to raise $100k, start with a $10k target. The reason is because getting the first bit of commitment is exponentially harder than the rest of it. No one wants to be the first person to the party. If you surpass $10k (or whatever your number is) you can always expand from there. But think specifically about initial momentum, then expansion.”

b. Never start with $0 raised when you launch.

“You need to hustle to get the first 10-30% of your intended raise committed before you launch so that you’re not asking the general public to be the first person to commit. Every good crowdfunding campaign has done a substantial amount of ‘fundraising’ before they look to complete the rest of the raise publicly.”

c. There is no such thing as “free traffic” from a crowdfunding site or platform.

“Yes, they will help you add to your backer or investor count if it’s a good project, but the focus should be on how you can drive your own attention through networking, social media, paid media, and press mentions. The platform should help coordinate your raise, not raise it for you.”

“You really only get one shot at this. You want to launch your campaign when you already have some level of momentum. That could be when you already have people who have expressed interest in pre-orders, or already have investors who are willing to commit. If you launch too early before you’ve got any momentum created for your campaign, you run the risk of creating the perception that your product has ‘failed,’ which is a false signal you don’t want to create.” 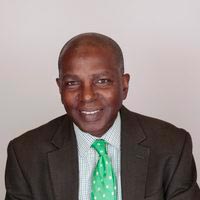 William Michael Cunningham is an economist and impact investing specialist. He received his MBA in Finance and a Masters in Economics from The University of Chicago. Mr. Cunningham has been a Capstone student advisor in the Real Estate Program at Georgetown University.

He is a strong advocate for the integration of human values in finance, and involves clients in developing new ways to combine social values and investing.

Current projects include writing books on crowdfunding, and writing about the impact of the financial crisis on communities of color. He is the author of a book on the JOBS Act and Crowdfunding that provides comprehensive information on the topic.

His advice on crowdfunding:

a. Offer something unique.

“Your entire campaign should be about something people can’t get anywhere else, at any price.”

b. Offer something that improves your customer’s lives.

“It should be for something that makes life better for someone else.”

c. Identify your fans and activate them.

“You have a fan base. Identify it with specifically.”

“For your fan base, you also have something in your possession that will prove to them that you are all in. Think of what this might be and offer it (or a chance to possess it, if only temporarily.)”

e. Be reasonable about your ask.

“Set a reasonable monetary goal, relative to what you are trying to do.” 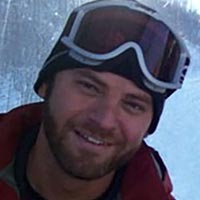 Elliot Schneier has seven times gone from whiteboard to revenue. In the last 15 years, he has helped build companies in the consumer finance, ecommerce, SAAS and consumer product space. Twice venture backed.

His advice on crowdfunding:

“You only have a few buckets here. Each bucket has a different likely hood of success, as well as a variance in resource cost. BTW, the answer is do all, but be realistic about expectations.”

b. Hammer your social network.

“You need to reach out to people individually and make very specific asks. The more specific and personal the better. ‘Joel, It’s Elliot. Look, I realize people are using Facebook to shake down their friends for money and likes…and I’m no different. I’ve literally spent the last 12 months putting my blood sweat and tears into a new project, and I really need some support. My ask is this, go to this link, and pledge $5 to this project. For this, not only will you get a super dope sticker, but you will always enjoy my eternal gratitude. It’s literally like 5 clicks.’”

“And bloggers and reach out — a few times. Check out this article by CrazyEgg. This is typically your lowest ROI, but in some rare cases can create some viral uptick. Again, you should still do it. You may end up getting a quote you can use on your campaign page.”

“Facebook ads can be an amazing (and sometimes costly) way to build an email list. You really need some budget for this. Don’t take it from me, learn directly from the guru himself (Neil Patel).

“You need to have a real budget allocated if you want any level of success. This budget includes money, time and capabilities.”

Other Highly-Rated Crowdfunding experts and consultants

If you’re looking for more great advice from crowdfunding experts, don’t hesitate to contact one of these highly-rated crowdfunding consultants on Clarity.

Roberto Candelaria is a business strategist, consultant, and mentor. Works with range of companies from startups and non-profits to the Fortune 100. Worked with and consulted brands such as BMW, DELL, Disney, Hilton, State Farm, Wells Fargo, and Zappos — to name a few!

Roy Morejon’s team of crowdfunding experts has helped fund over 400+ startups in the past 5+ years, raising over $100 Million dollars for their clients on Kickstarter and Indiegogo.

Ambrose Moses, III, advises and counsels business enterprises and nonprofit organizations concerning the development and implementation of crowdfunding campaigns as a way to raise capital or project funding.

Whether you’re getting ready to launch your Kickstarter (or other crowdfunding) project, or you already have, Ryan Chaffin can help you reach your funding goal.

Ryan has personally consulted on 50+ crowdfunding projects, with over $2 million raised from 40,000+ backers. Ryan’s own Kickstarter project funded in just 10 hours and was more than 900% funded in the end, raising over $100K in just 30 days.

As a member of the founding team of Fundable and Startups.co, Chris Justice has consulted with hundreds of companies who have successfully used crowdfunding to grow their businesses.

Michael Koh has successfully funded two campaigns (400% funding goal, $60K), on both Kickstarter & Indiegogo, 100% bootstrapped, with a total budget spend of $300 each time.

Ben Way has run multiple equity and product crowdfunding campaigns directly on all the major platforms including Crowdfunded, CrowdEngine, KickStarter and Indiegogo. He raised the largest ever equity crowdfunding raise in history on Crowdfunded with $22m in reservations.

Greg Connelly is the founding CEO at Amara / Trifecta. He has raised just about every type of capital available (bank loans, crowdfunding, family and friends, angel investors, angel groups, micro-VC’s, VC’s, private equity, gone through an acquisition — except an IPO).

Taylor McPartland is an entrepreneur with experience leading teams in both the for-profit and non-profit spaces. He has strong expertise in government relations, policy, crowdfunding, community growth, startups, marketing, and social media.

Josh Suh is an ICO and crowdfunding specialist at Crowdcreate, a leading digital marketing agency specializing in ICO, Blockchain, Kickstarter, and Indiegogo.

He has personally been involved in projects raising over $35 million in 2017 and has been covered by Forbes, Huffington’s Post, CNBC, CNET, Engadget, and many more.

He knows what it takes to run a successful campaign and would love to share the trade secrets with you!

Diana House is a serial entrepreneur, founder of Church Jewelry, and investor interested in start ups, niche products, original marketing, doing good, storytelling and elevating those around her to live with passion and intention.

Adam Krongold is the CEO of Overtly Covert. He’s a high impact angel investor, launched a successful $100K+ Kickstarter program, is a co-investor with Samsung, co-investor with the founder of SanDisk, and a futurist who understands the convergence of technologies. He’s always ready to mentor, pitch or advise.