The Secret to a Successful Product Launch Strategy

We all want our product to start out of the gate strong. But what exactly goes into a successful product launch?

If starting a company is a race (and it is – it really, really is) then launch day is the starting line.

Everything you do before your product launch is the warm-up. (The very essential, very unskippable warmup). Everything that comes after? It’s the frantic, mad dash to the finish line, whatever and wherever that might be. 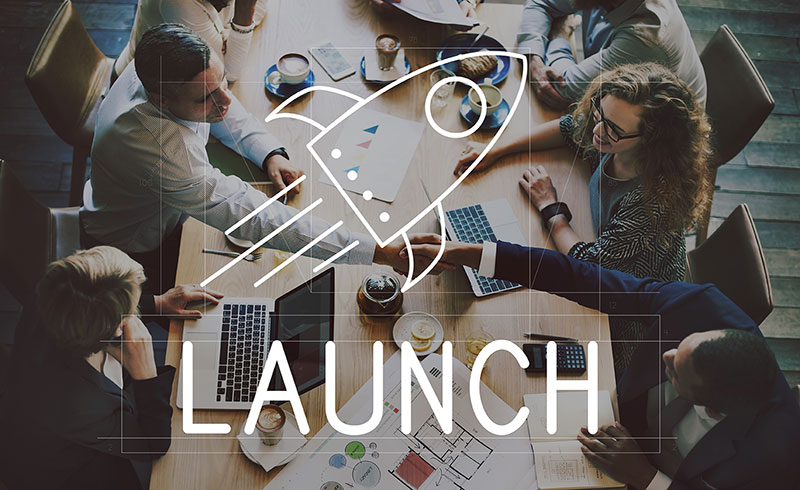 We all want our product to start out of the gate strong. But what exactly goes into a successful product launch? Stuart Brent, Co-Founder of MapPlug, has an idea or two on the subject. Not only has he launched a few companies of his own – he’s helped dozens of companies launch their products as well.

Here, Stuart shares his thoughts on what it takes to hit a product launch out of the park – and why the most important work really does happen days and weeks before it’s actually time to launch.

BEFORE YOU LAUNCH: VALIDATE

The first step to a successful product launch, says Stuart Brent? Making sure your product is worth launching in the first place.

That might seem obvious, but you’d be surprised how often it gets overlooked. People dive headfirst into building out products without first bothering to ask themselves whether the product they’re building is the product their audience needs or wants. Or, if we’re being honest, if it’s the business they need or want themselves.

We’ve talked about the importance of validating your idea before, but Stuart shared a couple of his personal favorite tactics for evaluating whether an idea is worth taking to the next level: “I’m a fan of validation surveys,” he says. “Also smoke tests.”

“A smoke test website is a site which looks like a finished website, but it’s really a false front to track interest,” Stuart explains. “You drive traffic to it and see what percentage of people look at multiple pages or click “buy” or “sign up” or whatever, as a way to gauge real interest.”

Of course, these kinds of validation tactics will only take you so far.

“I don’t think an idea is validated until hundreds of people have given you money,” Stuart says.

It’s every Founder’s worst nightmare: you spend months validating an idea, and then more months building it, and then you push the “launch” button… and get absolute crickets in response.

We’d like to be able to say that, as long as you’ve done a good job validating, this definitely won’t happen to you. But that wouldn’t exactly be the truth. Because all the surveying and smoke-site building and traffic driving in the world won’t amount to much if you don’t have a way to re-harness all that energy when you need it come launch time.

Email capture is at the absolute heart of the launch process. It’s the “small ask” that kicks off the user relationship. It’s the juice that makes the light go on when you flip the switch. A robust pre-launch email list is the best way to ensure that, when the time comes to launch your product, you’ve got a built-in audience of customers ready and waiting to click “buy.”

At Startups.co, we feel so strongly about the importance of startups being able to capture user emails and convert them into customers early on, we have an entire product built around that exact challenge.

In the startup world, there’s no “if you build it, they will come.” There’s no bringing the mountain to Mohammed. The only audiences you get are the audiences you go get yourself. Capturing user emails is how you build that audience, brick by brick.

Are you a Startups.co member? Then guess what – you already have access to Launchrock for free.

Not a Startups.co member yet? Maybe you should be. Check out our platform.

THE WONDERFUL WIZARD OF OZ (MVP)

We’re all familiar with the concept of the MVP, or minimum viable product.  It’s the idea that you should launch with the absolute leanest, simplest, most bare-bones version of your product you need to make it in the marketplace.

But it turns out the minimum viable product you need to launch is a lot more minimal than you might think.

Stuart is a big fan of what he calls a “Wizard of Oz” MVP. What’s that, you ask? “Wizard of Oz MVP means there is no backend. This doesn’t work for all services, but if you can, try to not build out any automation, and just ACT like it’s automated, with you and your team manually doing everything behind the curtain, like the Wizard of Oz.”

Perhaps the most famous example of a Wizard of Oz MVP comes from e-Commerce company Zappos. Founder Tony Hsieh and his team spent weeks running out to shoe stores and buying shoes that users ordered on their website in person in order to validate that users really would buy shoes online before taking the costly step of investing a ton of time and money into building the infrastructure to support it.

“It’s awesome because you can validate and try to earn money without investing a lot,” says Stuart. “You can also tweak the site and service before you hire a dev, which will save money. You find problems before having to pay someone to fix them. Plus, if you do a Wizard of Oz long enough, you could boostrap development.”

Stuart is quick to note that a Wizard of Oz approach to an MVP won’t work for every product or service. But whatever the version of your product that you launch with turns out looking like, remember this: don’t wait for your product to be perfect before launching. Like anything made by humans, it never will be. And don’t forget the old truism of developing: the longer it takes to code, the less likely it is to launch.

Once you’re done validating, your product’s built and you’ve got your email list together, it’s time to do the damn thing. It’s time to launch. And don’t expect launch day to be a walk in the park either.

“On launch day, get up at midnight California time, get on Product Hunt and work it all day!” Stuart advises. “For a startup audience, that’s it. you can’t do a bigger boom than that.”

Stuart’s not all talk either: he practices what he preaches. “I’m in Nashville so I set my alarm for 2AM when I do a Product Hunt launch,” he shares. “It’s a REALLY LONG DAY, but it can give you a lot of traffic and interest and feedback.”

Once you push that “launch” button, you’re in full-on hustle mode (not that you weren’t before). It’s all about pounding the pavement. It’s about getting your product in front of the early-adopter audiences that can get you where you need to go. Launching a company is like starting a fire. You have to keep blowing on the flame until, finally, it grows strong enough to burn on its own.

IT’S ALL ABOUT BABY STEPS

There you have it — the steps to a successful product launch.

Step 1: Validate before you build.

Step 2: Cultivate your audience before you launch

Step 4: Once you’re out of the starting gate, run like hell

And as a final thought, don’t be disappointed if launch day is a little less… well, explosive than you’d hoped. In fact, that may just be a good thing.

“I’m in the school of thought that you shouldn’t have some giant launch. Instead, do a small launch and baby step,” says Stuart. “Don’t try to go from the shadow to the front page of Product Hunt in one day.”

In a world where the latest Apple product launch commands audiences in the multi-millions, and the latest Snapchat release goes straight to the front page of Product Hunt, we’re conditioned to think that we need a huge, marquee audience or our product is doomed to fail. But nothing could be farther from the truth.

Building a startup is a marathon, not a sprint. How well you get out of the starting line matters, sure. But once you’re out on the course, you have miles and miles to separate yourself from the pack.