Rhone CEO Nate Checketts talks about the challenges of coming to an industry as an outsider – and why your outsider status might just be your biggest asset.

This is Part II of our interview with Rhone co-Founder and CEO Nate Checketts. To check out Part I, click here.

I think that happens in every industry and every business, that there are these assumptions that nobody bothers asking about. And for us, especially at the beginning, it was important that we ask a lot of those questions.

The thing about inspiration is that it can come from anywhere. For Rhone co-Founder and CEO Nate Checketts, it came in the form of a smelly t-shirt.

“I was working at the NFL, and I got a lot of free product just by working there,” Nate remembers. “But the product would always start to smell after only a handful of washings.”

Nate credits a frank comment from his sister at a family gathering for getting the wheels turning. “My sister came up to me at a family get together – and I’d just put on a T-shirt, fresh out of the dryer – and she said, ‘That shirt smells,” he remembers.

At this point, Nate says, he was already kicking around some ideas about activewear in his head, so decided to do some digging on the smelly shirt problem. “I started doing research on it, and I found this company in Pennsylvania that built encapsulated silver thread and provided it to NASA and the military for fighting odor in their clothing during long missions,” Nate says. “But nobody was talking about using this technology on a production level for active male consumers.”

What came next was the kind of mental math that, if you dig deep enough, lies at the foundation of every company: “We know there’s this opportunity in the market. We know there’s this unique technology. Can we bring those together to try to build a business?” 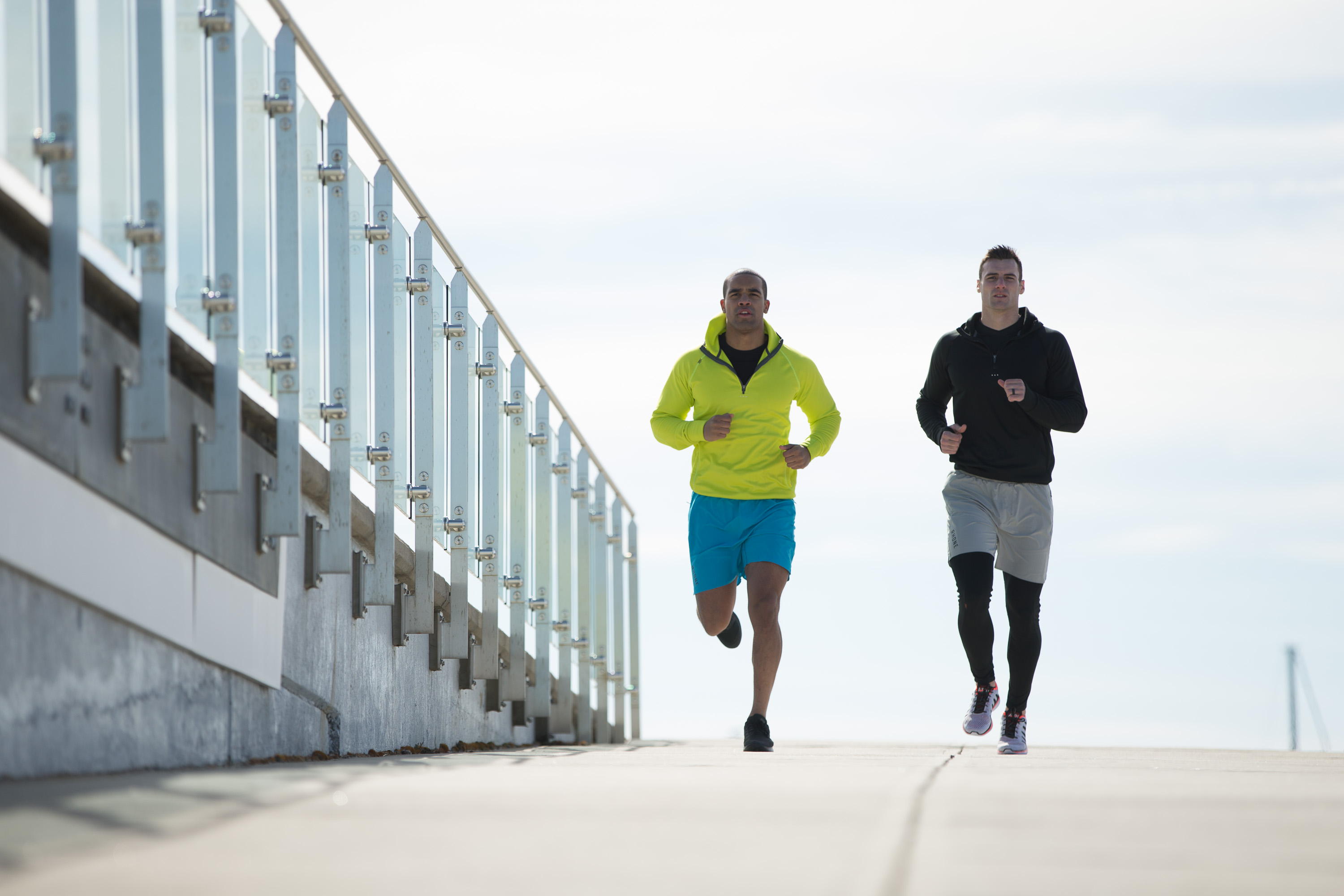 ASKING THE WHY QUESTIONS

Flash forward about four years, and that business – premium men’s activewear brand Rhone – is one of the leading pioneers in the men’s activewear space. GQ has called it “the best odor-fighting activewear on the market, and their products are in over 200 storefronts and counting across the United States.

They’ve come a long way from where they started, with Nate and one of his co-Founders, Carras Holmstead, just trying to learn the ropes of this business they were getting into.

“We didn’t come from the fashion industry at all, or even any kind of production or manufacturing background,” Nate says. “So we had to start from square one, just with learning the lingo and the known best practices of how to design and build product – what a tech pack is, how a typical development calendar works, everything from lab dipping to initial prototypes to fabric samples to testing around wicking and odor protection.”

With no time to complete a  full year or two-year fashion design or merchandising degree, Nate and Carras had no choice but to learn on their feet. “We just had to learn the necessities, hire really smart people around us, and have lots and lots of conversations and ask lots and lots of questions,” Nate says. “To most people in the industry, our questions probably seemed incredibly basic, but they helped us learn the business better.”

One of the reasons I think we got to where we are today is that we just kept asking the ‘why’ question.

Coming to the industry as outsiders had its challenges, Nate admits. But that tendency to ask questions quickly revealed itself to be Rhone’s biggest asset.

“One of the reasons I think our product got to where it is today is that we just kept asking the ‘why’ question,” Nate says. “In most industries, people tend to do exactly what’s been done before them, because that’s all they know. But here’s the thing: there might have been a reason why a certain industry decided to to do something a certain way at one point, but that constraint could have been lifted over time and nobody has changed or challenged the status quo.”

To illustrate his point, Nate draws inspiration from an unexpected source: the Thanksgiving dinner table.

The story of the turkey legs is based on a story that Nate’s father used to tell him.

It goes like this: imagine that one Thanksgiving, you and your wife are cooking your first turkey together, when your wife mentions that they should rip the legs off the turkey and tuck them into the sides.

Unconvinced, you challenge her, but your wife insists, ‘My mom always did it, I think it lets the juice go through the turkey and it cooks more evenly, trust me.’”

That’s when your impulse to interrogate assumptions kicked into high gear. So you call your wife’s mom up and you say, ‘Hey, we’re cooking the turkey, taking the legs off. Can you tell me why you do that?’ And she says, ‘Oh, my mom actually used to do that and it’s actually because the spices don’t enter the inside of the turkey and it doesn’t cook the stuffing unless you take the legs off.’”

At this point, you’re still not convinced this whole turkey leg business is a thing. Fortunately, your wife’s grandmother is still alive, so you decide to go straight to the source: you call your wife’s grandmother and you say, ‘Hey Grandma, we’re cooking the turkey and we’re ripping legs off, can you explain to me why you did that, because I find it fascinating.”

Grandma’s response: “Oh, my oven was always too small, and the legs would never fit.”

I used to say that to my co-founder all the time: ‘Where are the turkey legs in this business?’

The allegory of the Thanksgiving turkey acts as a perfect metaphor for our assumptions about how things are done in the business world, Nate says. You may think you’re ripping the legs off the turkey to make it taste better, when in reality you’re only doing it because, 50 years ago, your grandmother’s oven was too small for the turkey to fit. And if your oven’s big enough to fit the whole turkey in, then why are you still ripping the legs off?

“It’s one of those things where I think that happens in every industry and every business, that there are these assumptions that nobody bothers asking about,” Nate observes. “And for us, especially at the beginning, it was important that we ask a lot of those questions. In fact, I used to say that to my co-founder all the time: ‘Where are the turkey legs in this business?’”

It turns out there were a lot of turkey legs in men’s activewear, Nate says – basic premises that were just “the way things were done,” until the Rhone team across them and decided they needed to be challenged.

One example: some old-school assumptions about what men look for in apparel – and what they don’t.

“One of the first meetings we had was with the first head of innovation at Nike and a former executive at Adidas, who were both very interested in helping us with early product development,” Nate remembers, “One of the things they said to us was, ‘Well, one thing that we know is that men care far less about the softness of fabrics than women do.’”

That raised some serious red flags for the Rhone team. “We said, ‘Okay, well, either we’re not representative of the market, or that’s just not accurate. And maybe it used to be accurate, but we don’t think it’s accurate any longer.’”

One of the things the Rhone team has been focused on since early in development: hand-feel, and making men’s activewear as comfortable as possible.

Another turkey leg Nate and his team encountered: the role of celebrity endorsements in marketing activewear to men.

“There’s this belief that there’s a 1-to-1 market share ratio in terms of percentage of athletes sponsored and percentage of market share in the activewear space,” Nate explains. “That’s why you see all the big brands in the space spending millions and millions of dollars on professional athlete endorsements.”

At the end of the day, in the transparent world we live in, superior product wins all day long.

Once again, the Rhone team checked their gut, and that assumption just didn’t ring true to them. “What we at Rhone feel like, and we feel pretty confident in this, is that every dollar that we have to spend to go and endorse an athlete is less money that we can put into the quality of our product,” Nate says. “And at the end of the day, in the transparent world we live in, superior product wins all day long. So we need to make the best product so that people are getting the absolute best bang for their buck.”

In other words: no celebrity endorsements, and all the money that they would be shelling out to get them gets poured back into product development. 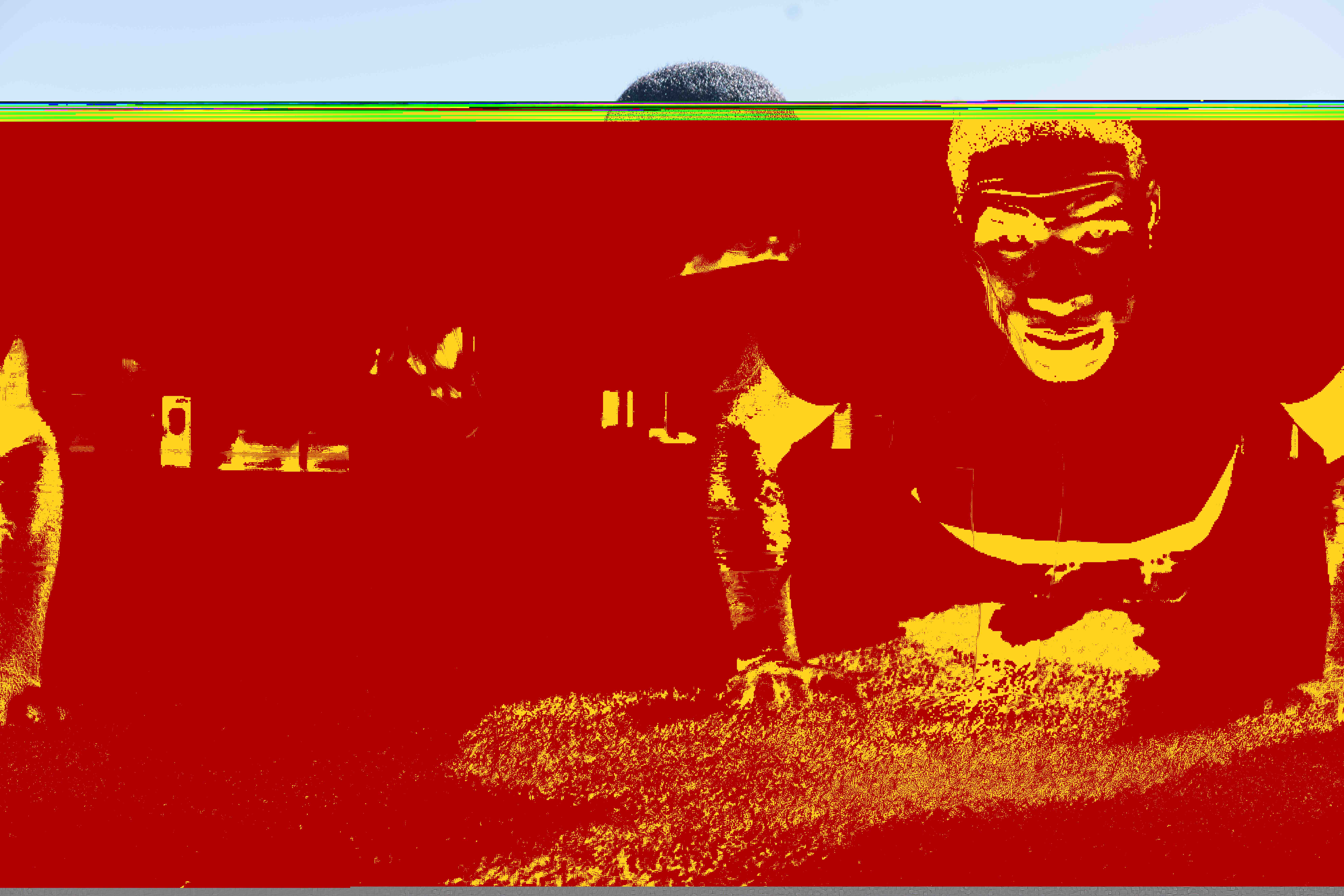 LET YOUR QUESTIONS BE YOUR GUIDE

Rhone has come a long way since the days when Nate and Carras were teaching themselves apparel industry basics on the fly, but challenging industry assumptions as a pathway to innovation continues to be at the heart of the Rhone philosophy.

Currently, that innovation is coming in the form of a new textile technology the company is working on for a launch this fall, which Nate hints is “pretty revolutionary.”

As for what other startups can learn from Rhone’s experience? It may sound counterintuitive, but Nate returns to a theme we touched on in our last piece, about embracing what you don’t know.

“We have this idea that ignorance is a weakness, but in a way it can be your biggest asset,” he explains. “The reason why so much disruption comes from outside the field is because people within a field already know the challenges, so it’s so daunting that you never even begin to move your feet.”

But when entrepreneurs bring the full weight of their curiosity and their hunger to solve problems to the table, Nate says, the results can be pretty powerful.

“That’s the one thing I would tell other Founders, is just to keep asking the ‘why’ questions,” he says. “And don’t be afraid to go where the answers lead you – even if it’s different than what everybody else is doing.”

Maybe even especially then.

Word nerd, idea enthusiast, and startup storyteller able to leap tall word counts in a single bound. Brought to you by coffee.