How to Fire a Superstar Employee in 6 D!ck Moves

It doesn’t matter how far your superstar employee reaches to achieve a goal, make sure you keep moving the goal line back so they’re constantly falling short

So, you want to fire an enigmatic, high-producer who is loved by all? Maybe you feel threatened by them, maybe you’ve realized they’re better than you, or perhaps you just can’t stand them. The most diabolical managers, such as yourself, know that you must create, at least, a modicum of just-cause (even in a no-fault state) to fire someone and avoid accusations of wrongful termination. It can be especially tricky to fire someone who is, begrudgingly, doing a great job. So to help you get rid of a perfectly good employee who’s done nothing to deserve it, we have put together a list of 6 superbly butthole moves that will get the job done and leave you smelling like roses.

1. Give them an impossible problem to solve 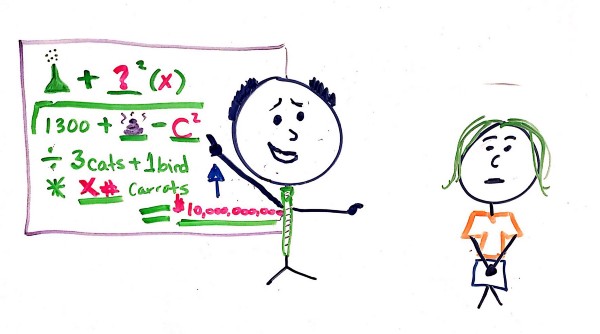 Your superstar employee won’t be easily stumped so you will need to come up with a genuinely unsolvable problem and ask them to crack it in an implausible amount of time. In order to do this, you will have to reach pretty far up into your sphincter and pull out numbers that would scare NASA. Charge your employee with making those stinky numbers work and present a plan to triple revenues at tomorrow’s team meeting. When they inevitably ask you to explain your numbers or help them with the task, make it sound like child’s play so they feel stupid and quit asking you for help. When they fail and cannot come up with an answer….fire them! So simple.

2. Offer to do their task, then blame them when they don’t get it done. 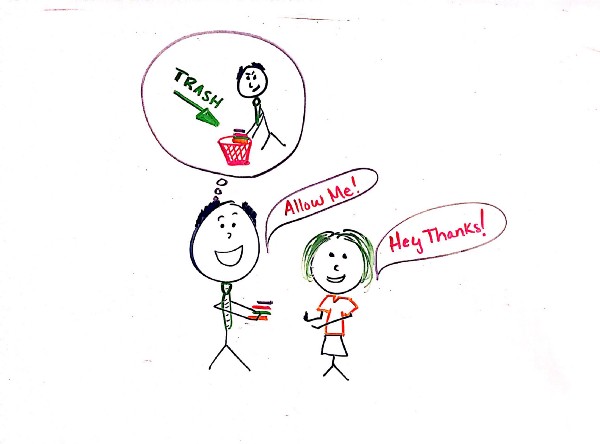 This one takes some touch. You tell them you will be handling a task for them, the more visible to the team it is, the better. Make sure you twist and mince your words so that, later, when you don’t do that task and blame it on the employee, you can make it seem like they irresponsibly misunderstood your meaning. This tactic may even make them look lazy and whiney, which is a total bonus!

3. Hold them to a secret set of metrics and keep changing them 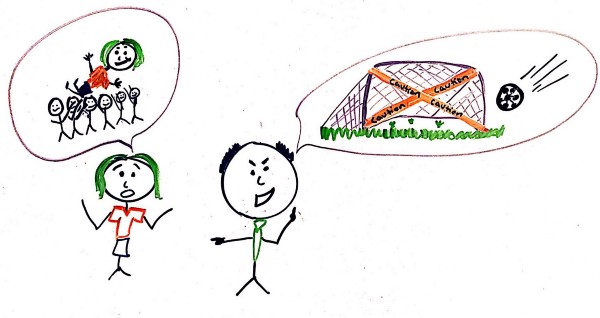 It doesn’t matter how far your superstar employee reaches to achieve a goal, make sure you keep moving the goal line back so they’re constantly falling short. You can humiliate them in front of the team by making it sound like your secret metrics are common knowledge. This practice helps to establish a pattern of incompetence which is great termination fodder.

4. Use an ambitious, morally-corrupt underling to help you sabotage the superstar 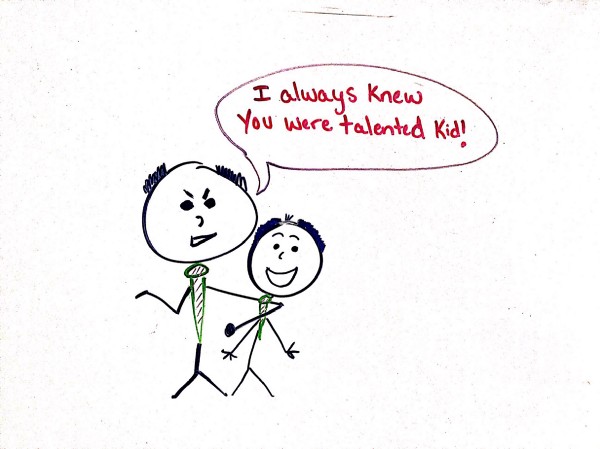 This is a classic d!%k-move! Surely, you have spotted a young rat who is willing to get dirty in the quest for middle-management glory. You wipe a tear from your eye because you see so much of yourself in this motivated little turd who will help you crush souls. It is always easier to frame someone if not one, but two people can accuse them of missteps and failure.

5. “Confide” in other staff members about your made-up concerns to spread doubt and rumor 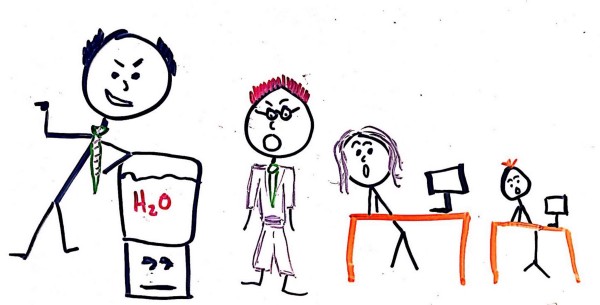 The only thing that spreads faster than wildfire is rumors. As a student of sedition, you know that you can count on (at least some) people to talk, especially when you’re “confiding” in a friend. Start with the known gossips, they love a good drama. Add fuel to the fire by making faces during meetings that are clearly meant to emphasize the concerns you privately voiced to all of you closest confidants. Rumor that is corroborated, true or untrue, is easier to believe.

6. Constantly make them “drop everything” and start a new task so it looks like they never finish anything.

Nothing helps to create a pattern of inconsistency like redirecting people all the time. If you never allow your superstar to finish a project, they appear scatterbrained and disjointed. This makes it easy for you to prove to higher ups and the team that they deserve the axe. When they complain about it, you can always say that it’s too bad they can’t handle the responsibilities of the job. Man, this sabotage thing is too easy!

So, if you have a pesky superstar whose exemplary performance is making you feel like anything short of the narcissistic powerhouse you believe you are, put these tips into action. You, too, can climb the ladder forged by rungs of good people that make you look good. We will caution you, however, to beware because the ladder gets wobblier the higher it goes and at some point you could slip and fall. While the tactics we have prescribed can create short term lift, the risk is that when you fall, you are not likely to be looking up at friendly faces with a hand out to help you up. But don’t worry hotshot, you’re too smart for that so enjoy your magic carpet ride powered by shattered spirits to the top of tool mountain!

I am a digital marketer, business strategist and web designer obsessed with impactful branding, powerful messaging and elegant design. I have built my career and my company with people at the center of everything. I am an entrepreneur and highly engaged with the startup community in Denver as new ideas, business strategies, and innovation are what get me out of bed! Twitter: @MrsZebra